Following a number of anti-Roma marches at the end of summer, associate professor Kristina Koldinská from the Department of Labour and Social Security Law of the CU Faculty of Law lost patience. Together with her colleagues from the faculty, she started to prepare a series of discussions entitled Social Exclusion of Roma and the Fight Against It, at which she wishes to, together with invited guests and students, discuss the tense situation in society and ways of alleviating it. 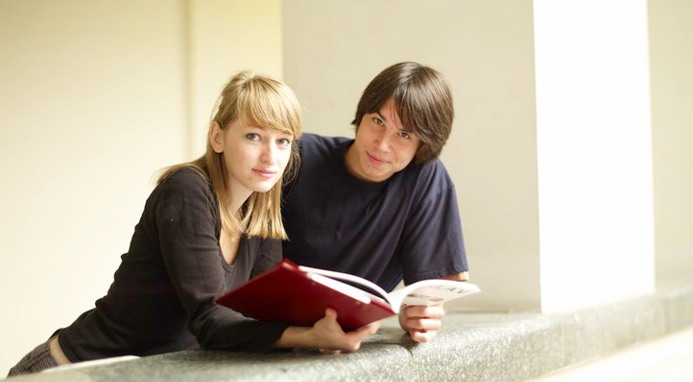 “The situation in the Czech Republic is quite bad. We are considering ways to fight the exclusion of Roma from society. Following the series of anti-Roma demonstrations this summer, I met with some of my colleagues from the faculty and we said to ourselves: who else but the Faculty of Law to somehow respond to the issue at hand, and who else but we should start a debate about the issue with our students – the lawyers, solicitors and judges of the future,” added associate professor Koldinská.

Together with her colleagues, she then started preparing a series of public discussions intended to provide a platform for people involved in the issue. These activities should not, however, end with only a few debates on academic ground. “The situation is starting to become truly tense. Some events are reminiscent of the 1930s, except the marches are now directed not against the Jewish populace, but the Roma. We cannot, therefore, sit and wring our hands. Apart from the discussions, we therefore also want to set up a study project, and hope that students themselves can also express an opinion and become involved. We want the project to truly help towards something, and will therefore try to agree on specific themes with institutions engaged in trying to resolve this depressing situation. It is interesting to view the issue from the point of view of law and possible changes to legislation. Of course, while changes in the law won’t change the mood in society, they could definitely influence it,” noted associate professor Koldinská.

Discussions are to focus on, amongst other things, the history of the Roma living on the territory of Europe and, in relation to this, legislative measures relegating Roma to the periphery of society and valid at various times in the past. Discussions are also to address social/legislative aspects of the issue, such as education, healthcare issues, employment rates and social accommodation.

“At the current time, one real problem is the issue of social accommodation, that is, the relationship between public authorities and the operators of the notorious hostels. A loophole in legislation has led to large sums from the state budget being spent on social accommodation that simply does not fulfil its function as it should. Nowhere in legal regulations will you find a description of exactly what social accommodation should look like and which standards it should meet. Some hostel owners then abuse this and put people into unfurnished flats without any kind of amenities or security, while receiving thousands of crowns from state funds every month for such provision. The situation of families living in these hostels is therefore maintained, rather than improved. Something has to change,” noted associate professor Koldinská, adding that there are a number of other urgent issues regarding the social exclusion of Roma that could be addressed in the course of debates and, primarily, the study.

The first discussions took place at the beginning of December, when a discussion was held between students and social worker, activist and pedagogue Kumar Vishwanathan. Further discussions at the CU Faculty of Law are also planned for the summer semester.