Election Forecasting and the Race to be Prime Minister

As a politics student, the relentless coverage of the forthcoming elections in the United Kingdom have caught much of my attention as it looks to be one of the country’s most tightly contested and difficult to predict elections in recent times. To shed light on the subject, last month Charles University was visited by a guest lecturer, Mr Stephen D. Fisher, a professor in political sociology from Oxford University. The topic of the lecture was the role of election forecasting in the UK, with insights given to the current constant polling culture in the country, as well as some predictions from Mr Fisher himself. 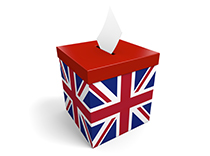 Important to consider, as was highlighted in the lecture, is the changing dynamics British politics has seen over recent years, particularly since the last general election in 2010 which saw the first coalition government since the Second World War. It reflected a general shift away from the traditional two party system, and instead a rise in trend of the smaller parties such as the Liberal Democrats and the Scottish National Party. It is this trend which is contributing in making the election on May 7th so interesting, as the likelihood of a coalition increases, the dynamics between the parties becomes more and more important.

An interesting focus in Mr Fisher’s lecture was his examination of the different groups in the electorate and which parties are favoured by these groups come election time. For example, between Conservative and Labour, the Conservatives would generally see voting leads in those over the age of 60, white voters, and those who work in the private sector. On the other hand, Labour traditionally sees favour with those aged below 30, minority groups, and public sector workers. Of course here also sees the influence of the regional vote, particularly in Scotland where the massive rise of the SNP looks set to wipe out the usually strong Labour vote in Scotland. It looks likely that the SNP will have a big say in the forming of the next government, as I’ll show later when I discuss the predictions made by Mr. Fisher.

In terms of the actual opinion polls in the UK, Mr Fisher gave an extensive outline of the methodology behind them, the various types that exist, and also their tendencies and shortcomings. I had not realised before the extent of factors that can be included in such opinion polls, and the importance of the weighting given to each of these factors. For example, the results of voting intention polls can easily change depending on the weighting given to track record voting, whether it be historical or more recent, other variant factors can be the extent of robustness checks and the restriction of the sample used in the poll.

Mr Fisher did state that usually most polls have fairly similar results, with another interesting observation being that there tends to be a polling bias, with most polls tending to overestimate the support for Labour, perhaps leaving them at a disadvantage to the Conservatives. YouGov was mentioned as the dominant force in UK opinion polls, contributing 60% of the polls that come out. Another point of importance proposed to the lecture audience was the question of whether people will vote according to their constituency or for a party in the broader schemes. This is where another new polling heavyweight comes in, Ashcroft, which focuses more on this constituency question, and which may prove to be a better predictor, as was the case in 2010.

So, taking all of this on board, what do the polls have to say about the elections on May 7th and what conclusions does Mr Fisher draw for the keen audience of students? Using very helpful visual aids in the form of a pie chart, the propositions and the facts are put forward. Ulster can effectively be bought by either of the two large parties, according to our expert, if they need to make up a small number of seats. He also says that the Conservatives do not have as many potential coalition partners as Labour, with the DUP (Democratic Unionist Party) and the Liberal Democrats being their only realistic options, thus making it a smaller chance that David Cameron will be elected Prime Minister than Ed Miliband. Again the influence of the SNP is emphasised when Mr Fisher makes his final probability of the election result. He states that the likeliest outcome is that the Conservatives will be the largest party with 34% of the vote, but Labour (with 32%) will form a coalition with SNP and others to form a majority, with Miliband as Prime Minister. Considering the discussion of the electoral system and its current trends, and Mr Fisher’s clear extensive knowledge on the dynamics of British politics, I wouldn’t argue with this prediction, and time will tell whether these election polls have any truth or bearing when the voters go to the actual polls on May 7th!