Ancient Egyptian marriages were equal partnerships, divorces were quite common

Unfortunately, we don’t know if Egyptians in love exchanged presents on special occasions; on the other hand, we have a relatively good idea of how Ancient Egyptian marriages worked. PhDr. Hana Vymazalová, Ph. D., of the Czech Institute of Egyptology of the CU Faculty of Arts, told us more. 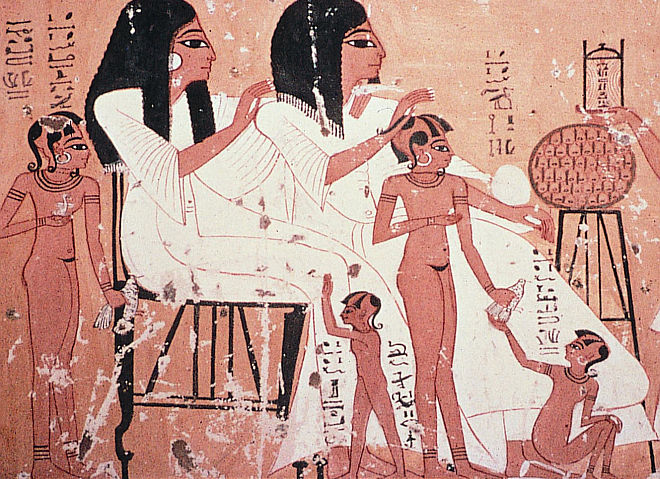 Wedding brochures often repeat the story that the engagement ring has its origins in Ancient Egypt. Is there any evidence of this?

Marriage and the starting of a family were highly desirable for Ancient Egyptians. We can find references to this in Ancient Egyptian maxims (or collections of wisdom for life), for example: “marry a woman while yet young so that she might bear you a son.” Elsewhere the father of the bride is advised to find for his daughter a wise, rather than a rich, husband.

When negotiating or agreeing a marriage with the family of the bride, the future husband could bring gifts, or even promise them for the future. These gifts could, however, take various forms; there is evidence of, for example, gifts of silver 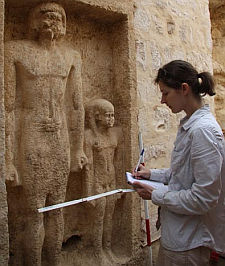 How significant a ceremony was marriage in one’s life? Do we have any information on marriage customs?

A wedding was an informal, more private act, which was probably accompanied by a family celebration. Contracts regulating the conditions of the relationship, especially with regard to property, have been documented for ‘normal’ marriages. These documents were generally only written down when the relationship was not working and they were supposed to cover the division of shared property of inheritance rights for offspring. So-called marriage contracts, setting in advance the property rights of the future bride, are documented from the Late Period.

Do we know what relationships were like amongst ‘normal’ Egyptians?

Ancient Egyptian marriages were equal partnerships where the man and woman shared a household and tried to conceive children. Both partners could dispose of their property as they wished, inherit each other’s property or divorce. Egyptian women were, therefore, neither dependent on nor subordinate to their husbands. Divorces were quite normal and did not stop either party from marrying again.

In what way were royal marriages different from those of ‘normal’ Egyptians?

Unlike normal marriages, a royal wedding was a formal affair accompanied by the appropriate celebration. Kings would have several wives, of whom, however, only one – the great royal wife – would fulfil important ceremonial and ritual roles. Royal weddings could also be a guarantee of loyalty when the monarch took a wife from an important family, or gave his daughter in marriage to a dignitary. From the time of the New Kingdom onwards, monarchs also contracted diplomatic marriages with foreign princesses to strengthen international relations.

What was the Ancient Egyptians’ attitude to polygamy and marriages between siblings?

Apart from the monarch, for whom it was normal to have several wives, it is difficult to say how common this phenomenon was. Even if several wives are documented for one man, it isn’t easy to determine whether these were concurrent or consecutive marriages, be it due to divorce or death. However, it seems that concurrent marriages to more than one woman were not very common.

While marriages between full siblings were rare in Egypt, marriage within one’s extended family was relatively common. Things were different in the royal family, where marriages are documented between siblings and, rarely, father and daughter. In this case, however, apart from efforts to retain power within the narrow family circle, such unions could also have been inspired by Egyptian myths and marriages between the divine siblings Isis and Osiris, or Nephthys and Set.