“Interesting times” in the EU

Georg Habsburg-Lothringen, the grandson of Karl I, the last Austrian emperor, was an honoured speaker at Charles University this week. On the occasion of his visit, he gave a lecture about Europe, Central Europe and the European Union. Also central were EU perspectives post-Brexit and the impact of the recent elections to the European Parliament.

At Charles University on May 29, 2019, Georg Habsburg-Lothringen, an outspoken supporter of the EU, was first presented with a commemorative medal from Vice-Rector Jan Royt, as well as a document tracing the family tree of the House of Habsburg as the heirs to the Luxembourg dynasty (including the founder of Charles University, the King of Bohemia and Holy Roman Emperor Charles IV himself). 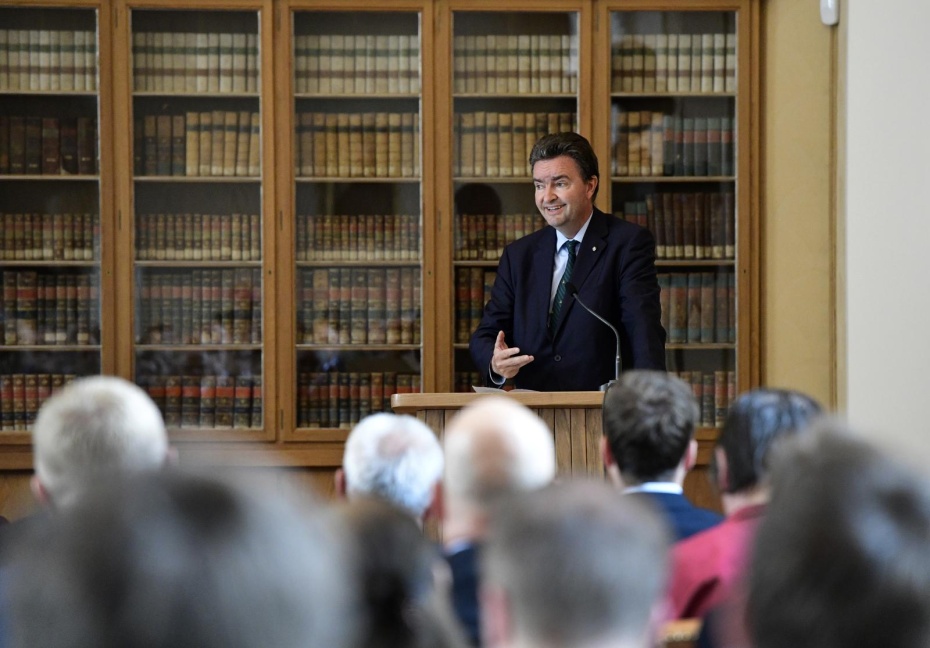 Speaking to esteemed guests at the Carolinum, Georg Habsburg-Lothringen first explained the honour to visit the university had fallen to him after his brother Karl had fallen ill. He discussed the importance of the university for his family, explaining that his grandfather Karl I – the last Austrian Emperor and last King of Bohemia – had studied there.

In his lecture, Georg Habsburg-Lothringen offered a professional glimpse into the workings of the EU and outlined the union’s importance for future European development. He noted that the EU and Europe as such was experiencing what at the very least could be described as “interesting times”: Brexit, political crisis in Austria, separatist zeal in Catalonia, or the recently-ordered full alert of Serbian combat forces following a rise in tensions in Kosovo.

With such threats, critics of the EU he suggested would be better off remembering the foundations on which the EU was founded “not long after WWII, when Europe opted for peace and stability” – values which the EU guarantees to the present day. It was “easy to forget,” he said “the irreplaceable role in establishing peace that the EU played.”

Georg Habsburg-Lothringen also took aim at a number of criticisms, including the charge that the EU is “too bureaucratic”; he argued that the number of employees in the EU apparatus at 50,000 was not large compared to, for example, the cities of Munich or Frankfurt (38,000 and 73,000 civil servants respectively). Given their differences in size, it was really no contest.

Another common criticism he challenged was the charge that only Brussels holds the reins when it comes to decision-making; he suggested that claim was off as all member states have their own representation in Brussels who have a role to play and can take part. In his view, if citizens at home were unaware of what was going on in Brussels, the problem was with their own politicians being too cut off following elections. 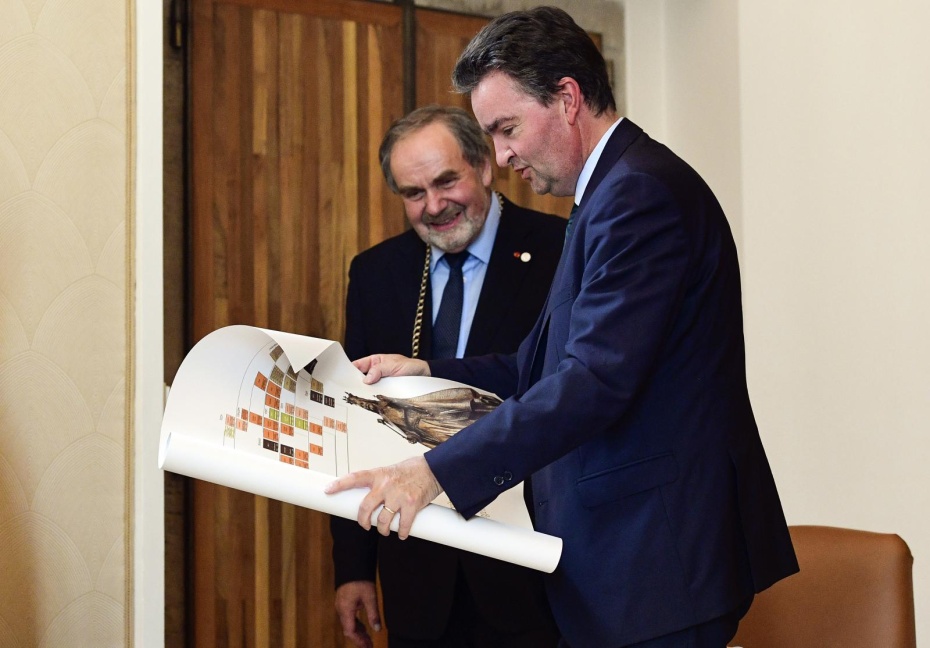 He did allow that small member states had a harder time pursuing an agenda at the top European level but suggested that cooperation within smaller groups, like the Visegrad 4, amplified their voice and could counterbalance larger member states such as Germany or France. Cooperation on that level, he proposed, could ensure a greater say in the functioning of the EU.

Above all, Georg Habsburg-Lothringen maintained, what was most important was “never to give up hope” – a creed he said his father had followed and featured prominently in his father’s accompanying notes to numerous presentations and lectures. Optimism was paramount, he made clear.