Czechoslovakia 38-89: Assassination simulation game, developed by experts from the Charles University Faculty of Arts and Faculty of mathematics and Physics in cooperation with the Institute of Contemporary History of the Academy of Sciences of the Czech Republic has won first prize at the prestigious Games Learning Society Showcase 2015, held in Madison, USA. 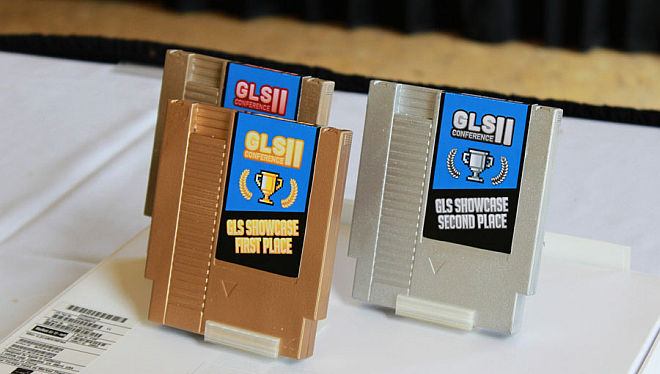 The Games Learning Society is an international organisation that brings together scientists, games developers and leading industry figures involved in the research and development of digital learning games. The competition for the best educational game was held by the Games Learning Society as part of its annual conference in July 2015 on the grounds of Wisconsin University. In the final, the Czech-developed games beat the Twelve a Dozen mathematics game by London company Bossa Studios. Third place was occupied by Stagecraft by American company Drama Service.

“The competition jury included legends of game design and the other games that got to the final were excellent. I had butterflies in my stomach – and the euphoria when they announced the winner was all the greater,” says Tereza Selmbacherová from the CU Faculty of Arts, who represented the Československo 38–89 project in the USA.

“You’ve done great work. Czechoslovakia 38-89: Assassination shows how children can be taught in the future,” said competition jury member John Romero, game developer and the author of the famous Wolfenstein 3D and Doom games. “Czechoslovakia 38-89: Assassination has outstanding design and a gripping feel. At the same time it approaches a serious topic with the maximum of respect,” says the official statement of the competition jury in its evaluation of the Czech-developed game.

Czechoslovakia 38-89: Assassination is a series of learning simulations intended to educate school pupils about major moments in modern Czech history. The first section, entitled ‘Atentát’, is about the Nazi occupation and the period following the assassination of Acting Reich-Protector Reinhard Heydrich.

“We wanted to show major historical events through the eyes of ordinary people alive at the time. I think that it was this approach that engaged the American jury,” says Stanislav Kokoška of the Institute of Contemporary History of the Academy of Sciences of the Czech Republic, one of the guarantors of the historical content of the simulation. “I take victory in this competition as confirmation of the fact that successful learning games with commercial potential can be developed in an academic environment, too. At the same time I am glad that the Computer Games Development course that we recently opened at MFF is of top quality and comparable to the other subjects cultivated at MFF,” adds Ondřej Čepek, Vice-Dean of the CU Faculty of Mathematics and Physics.

The Czech version of the internationally recognised simulation is available to schools from the project website. The game’s creators have developed a modified version for the general public, which can be bought from the e‑shop of the CU Faculty of Arts.