“Should I do it?”– a boundless, universal question. A question that presents itself at some of life’s most pivotal moments. However, the answer is often more complex than it needs to be. Often our conceptual understanding of time, our fear of the unknown and financial viability leave us bound to a resounding “No”. This “No” regretfully reverberates through our lives, leaving us with a catalogue of “Opportunities I should have said yes to”. But what happens if we flee from the security of familiarity and venture into the unknown? Perhaps language, in all its intricacy, is the most recent challenge to my own habitual nature and just perhaps, it will encourage you to revolt against yours.

When I told people I was moving to study in a different country and learning a language simultaneously, the most prevalent response was a look of concern. When I mentioned Czech, this concern transmuted into inconceivability. How could an English native learn the Czech Language in 3 weeks? The question itself I had pondered but my aforementioned proposition had left me with the commitment to the experience. It was that commitment, the rejection of a monotonous routine I had called comfort, which bridged the way into a new chapter. Can a person become fluent in another language in 3 weeks? No – not in my experience – but my interpretation of this country, of this culture, has absolutely been affected by the language and the people I have met through it. 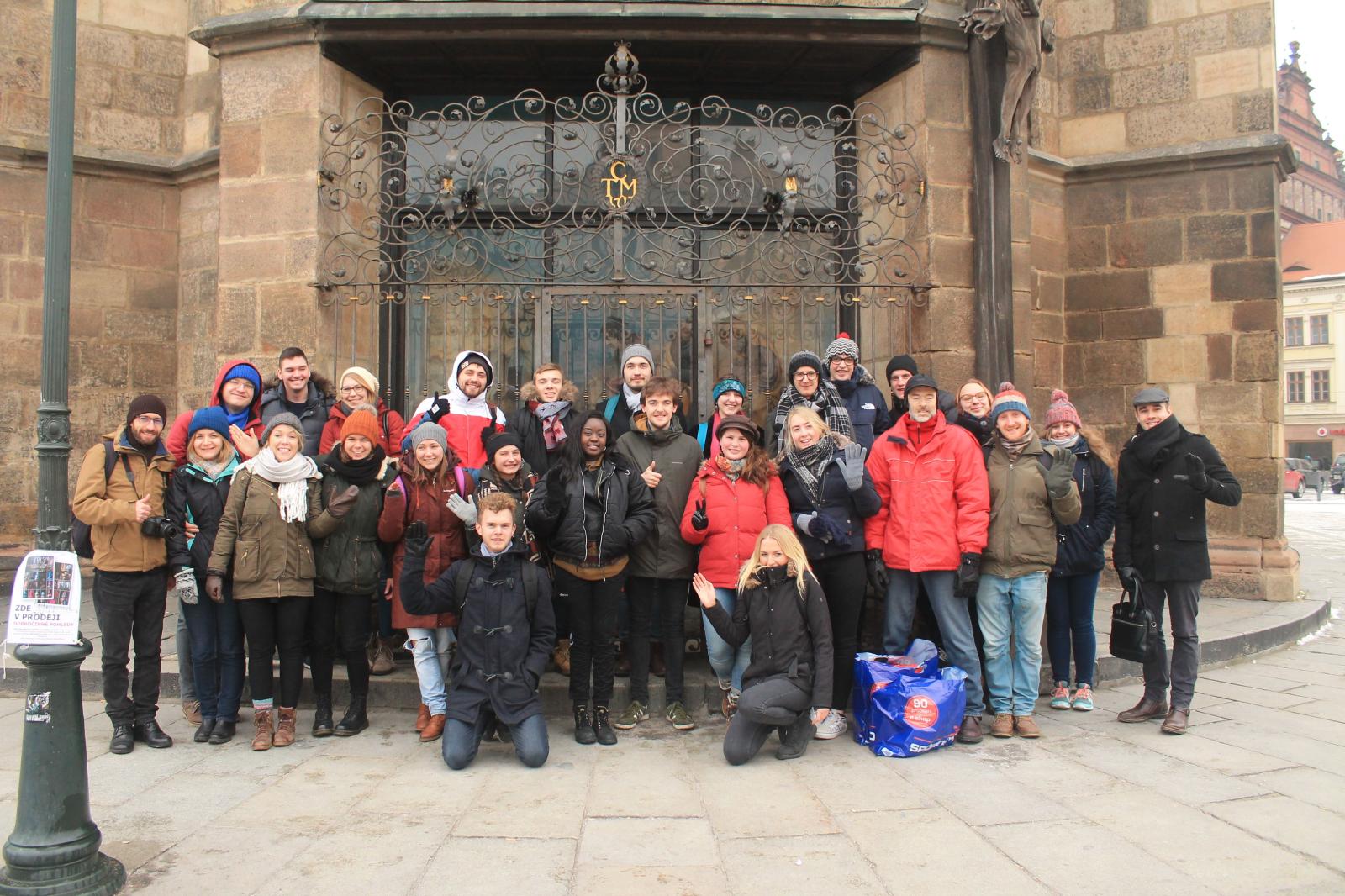 The course itself – an intense language course offered to Erasmus students prior to the initiation of the semester – seems secondary to what can be experienced through it. Imagine you come to live in a different country and within the first day you are placed in a learning environment with fifteen people, all of whom are from different parts of Europe. A certain part of yourself is brought to the fore: a rambunctious, carefree confidence. It’s strange but when you remove yourself from the structure of your life, your visual history, the visual representation of who you are, the only thing that remains is yourself and how you choose to be. The friendships you go on to create are ones that would have probably never come to be in your own life because, to put it simply, you have exposed yourself to something different. And it is these exchanges that shape you, they mould your ideas of the world, of yourself, of what you are capable of doing. The course was the tie that bound us, the exchanges that followed, the exchange of our own cultures and experiences were a phenomenon that we could have only experienced by saying yes.

The relationship between you and the country you inhabit is possibly something even more spectacular. For me, the country has become its own entity, something I have a yearning to know. If it has a depth, how deep? How strong is its character? How conflicting is its history? Each day unmasks new answers and language, the small pocket of it I have filled, has given a certain nuance to my understanding of my discoveries. You find yourself on the fringes of the city, exposing yourself to the raw vibrancy of it. Submerging yourself within the language, inhaling as much as the city as you can, propelled to know more, a resounding yes.

The next time you find yourself greeted by a new endeavour, remember that these endeavours. These experiences will act as an introduction to a version of yourself you have yet to meet. The people you come to know will shape you and the way you experience the world. And the country, the city you come to call your own will hold the strangest fondness within you. The side of the escalator you stand on as you descend into the bustle of the metro feels like a secret you have come to learn, the theatre you visit on the fringe of the city changes your conceptions of things you think you know, and greetings like “dobrý den” become gateways to the people you will cherish. Suddenly “no” becomes inconceivable.