Are gardening colonies a relic of the past or are they still an important part of today’s urban society? What makes people travel to the garden areas? Will city gardens still exist in the future? Answers to these questions are being sought by a research team headed by Mgr. et Mgr. Arnošt Novák from the department of social and cultural ecology at the Charles University Faculty of Humanities.

“Our project was inspired by an article by sociologist Jan Keller, titled ‘In Praise of Gardeners’, where he writes that garden colonies in big cities may offer a certain alternative to the negative aspects of the modern development of a globalized capitalist society. Therefore we started to enquire about the situation of gardeners in the city,” Arnošt Novák says.

Resting in a garden on Libeňský Island

Other participants in the project “Garden Colonies – Shadows of the Future or Glimpses of the Past” include also Mgr. Martin Veselý, Mgr. Petr Gibas and four female final year students. The students will present the outcomes of the research in their graduation theses. The team are also putting together a monograph due to be published next year.

The team chose four garden colonies in and around Prague. “In the spring, the students started a sociological survey. Using qualitative research, interviews and participant observation they studied three basic pillars – the social, environmental and economic one,” Mgr. Novák says.

The students were interested in how people lived in the settlements, what mutual relations they had, why they went there and what they did there. They also studied whether people behaved ecologically in them, for what purpose they grew vegetables, fruits and flowers and whether they did it in order to save money.

The students chose the Prague colonies of Cibulka, Jenerálka, Libeňský ostrov and the Holosmetky village in the Prague-East district. According to the students, each colony has its specifics. 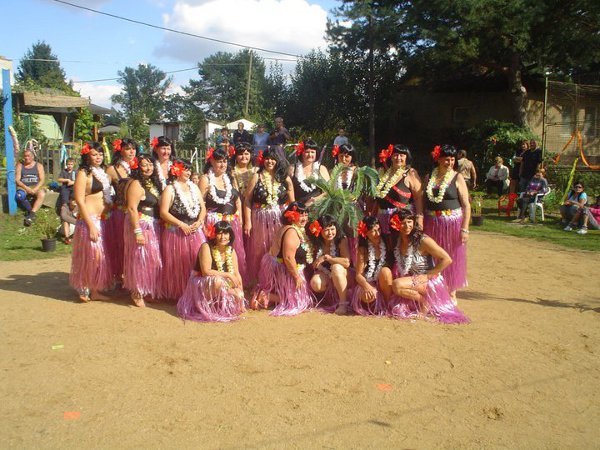 A fancy dress party in the Libeňský Island garden colony

Libeňský Island was hard hit by a devastating flood in 2002. Afterwards the Prague City Hall wanted to move the gardeners away. They fought back, founded a civic association and even staged a demonstration for the preservation of the colony. They managed to save the settlement. Sticking together is typical of this colony. The locals also organize various cultural events during the year. “They have a meeting room, they celebrate Children’s Days and Walpurgis Nights. In September they open their gates to the public and organize a fancy dress party, which is not so typical of garden colonies,” Bc. Veronika Tvardková, who carried out research in the colony, says. 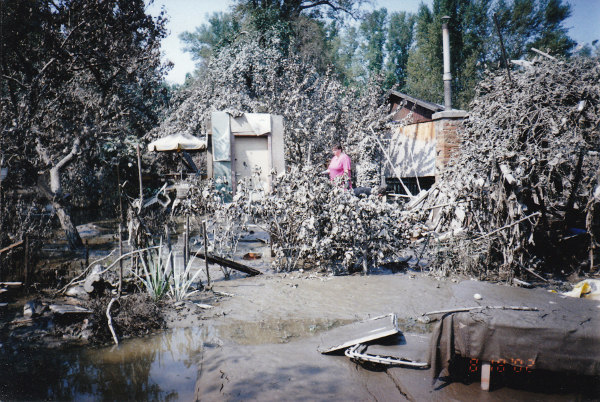 The Libeňský Island colony after the 2002 devastating flood

According to the students, garden colonies are not a relic of the past, but on the contrary they keep changing and new generations keep arriving. “Several years ago, there was a certain generation break and the average age of the gardeners started to decrease,” Bc. Eliška Rolfová, who carried out research in the Jenerálka colony, says. She also looked into the phenomenon of garden colonies in an international context. According to her, the existence of such settlements is common around Europe. “For example in the centre of Paris, people wait for such a plot of land for up to ten years,” the student said commenting on the situation in the French capital.

According to Bc. Irena Valešová, who conducted research in Cibulka and the nearby Technomat settlement, what people share is spending their free time in the garden colony. “With their own hands they are creating an environment where they feel good,” she says.

According to Bc. Lucie Matějovská who was the only one to conduct research outside Prague, in the Holosmetky colony, every generation maintains gardens for a different reason. “The older generation travel to their gardens mainly to grow vegetables for their own consumption, the middle-aged generation practice gardening as a kind of mental rest. The youngest generation have swimming pools, garden beds and a pretty lawn in their plot instead of tomatoes,” Matějovská says.

The students are going to include their research in their graduation theses. By early spring a monograph should be ready describing the whole phenomenon of garden colonies. “The monograph should consist of an introductory theoretical part which we will be putting together along with Arnošt Novák and cultural anthropologist Petr Gibas. The theoretical part should look at what gardening is, what motivates people to practice it and what meaning it has in an urban environment,” Mgr. Martin Veselý says.

“The second, empirical part, will be based on four case studies which will concern individual settlements. In essays, the students will also focus on particular subject – values, land-use planning, local development, law and international context,” Veselý says.

From left to right: Bc. Lucie Matějovská, Bc. Eliška Rolfová, Bc. Irena Valešová, Bc. Veronika Tvardková and Mgr. Martin Veselý