For thirty years, Vladimír Hanzel was Václav Havel’s personal secretary, including his entire term as president. They met in 1986, brought together by a shared love of music. They also lived through the turbulent days of November 1989 together, which Hanzel recalled. 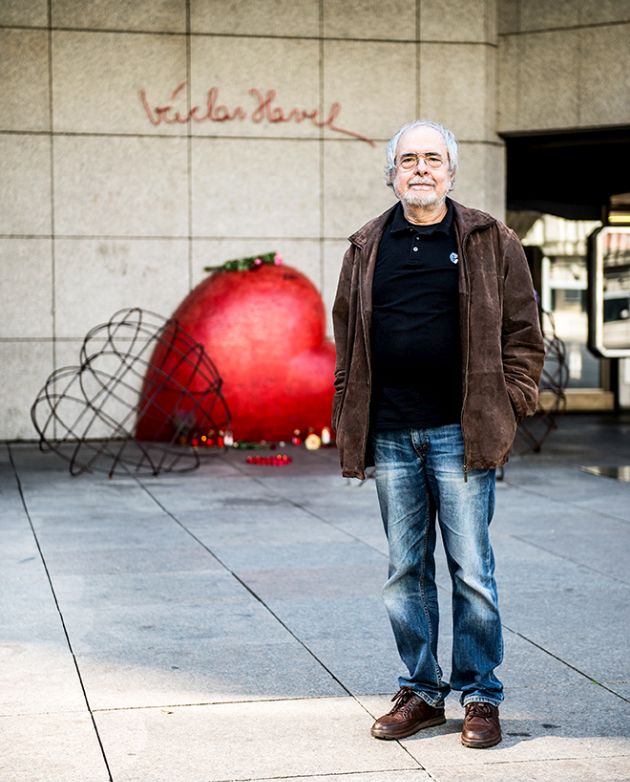 Václav Havel intentionally remained at his cottage at Hrádeček because he didn’t want to be “preventively” arrested again, and he asked me to report on the situation. I’d planned on it anyway, so I went to the student demonstration on Albertov Street.

Could you feel a different atmosphere among people at the time?

Certainly. If only because so many more people came. Older people were there along with the students. Some had banners that were bold for the time, and various speakers addressed the crowd at Albertov. For example, the academic Miroslav Katětov (Editor’s note: Charles University rector from 1953–1957) gave a scathing speech, as did the math and physics student Martin Klíma and others. A representative of the svazáks [the Czechoslovak Socialist Union of Youth], gave a speech full of phrases and he was whistled off the stage.

The march went to Vyšehrad, to the grave of Karel Hynek Mácha, but then it went to the city centre.

When people were leaving for the metro, the then-activist John Bok got up on a wall and shouted: “Don’t be cowards! We’re going to Wenceslas Square!” He diverted part of the people who were coming down from Vyšehrad. We reached Vyšehradská Street, and a police cordon was standing there. Members of Public Security [the police] blocked the way to Karlovo náměstí and called on us to disperse. But those behind us had no idea of what was going on at the front of the march, and they pushed us forward. The SNBs [the National Security Corps] got an order and started beating indiscriminately. Really brutally.

How did people in the march react to that?

By then there was a more militant atmosphere, and people just didn’t let themselves get passively beaten. One cop had his baton stripped from him when he rushed into the crowd; another had his helmet knocked off. I ran with other people to the nearest building and we only went out after a while, after things calmed down. Meanwhile, the march went along a different route, down the Vltava riverbank, and it kept growing as passers-by joined. The atmosphere was completely unusual at the time, and people were shouting slogans against the leaders of the Czechoslovak Communist Party.

As we passed the National Theatre and approached the Máj department store, we could see in the distance a wall of armoured police vehicles. Policemen used a loudspeaker to call for us to disperse. Suddenly a cordon appeared from the other side, behind our backs. It moved forward slowly. We were surrounded and were being squeezed more and more into a small space. 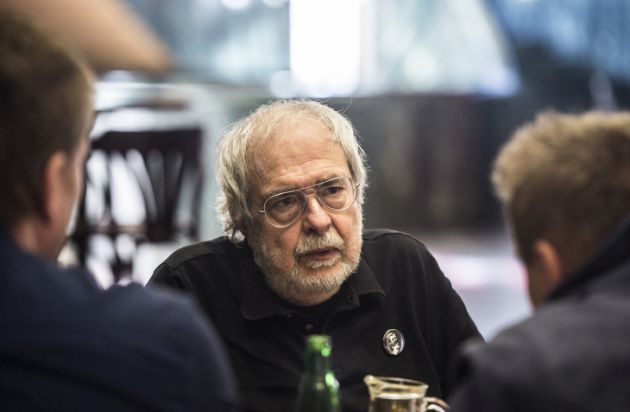 Were you there until the end?

I was there until about half past eight. At nine I was supposed to call Václav Havel at home. As soon as I got home, the phone rang. I described to Václav everything that happened. We still had no idea of the brutal crackdown. We found out about that later.

How long did it take for the two of you to see each other in person?

The next day, as we’d agreed. Václav came to Prague and in the evening we went to the theatre, where a theatrical collage that included part of Havel’s play, The Garden Party, was supposed to be performed. But a few hours earlier, the theatres decided they would join the strike.

At the time, speculation swarmed about the death of the student Martin Šmíd.

Yes, it was a complicated time and various whispers were going around – for example about several dead who were secretly taken God knows where and their bodies secretly cremated and so on. The situation was unclear. On top of all that, Michael Žantovský, who worked for Reuters, came into the theatre saying that the student Martin Šmíd had been killed. But his mother, Jana Šmídová, was also in the theatre, and she told us it was nonsense, that Martin was sleeping at home. But there was another Martin Šmíd (Editor’s note: He wasn’t among the victims either; nevertheless, this rumor accelerated the situation).

Did Václav Havel meet with the students before the revolution?

Students came to Havel’s apartment often, and after the events of November, of course, contacts greatly intensified at the headqarters of the Civic Forum (OF). Havel himself demanded that he take part in the negotiations with the government at the time, as well as internal meetings of OF. It was important that we pull together.

Among the student leaders at the time, who stood out the most?

Martin Mejstřík from DAMU [the Academy of Musical Arts’ Theatre Faculty] was very revolutionary, and Šimon Pánek (a student from the Faculty of Science at Charles University) was more moderate, but at the same time he was also bold. Martin Klíma from Matfyz (the Faculty of Mathematics and Physics at Charles University), and Jan Bubeník (a student at the Charles University Faculty of Medicine) both stood out, and Monika Pajerová (Charles University Faculty of Arts), Igor Chaun (the Film and TV School of the Academy of Performing Arts) and Pavel Žáček, a journalism student, were here. There were many more of them. And it was the students who were crucial in what was going on at the time. Not only because they started the entire course of events, but they also travelled with popular actors to more remote places in the country and helped break the information vacuum that was prevalent in many places.

Did Václav Havel change during those revolutionary days?

I knew Havel as a rather shy introvert with a sense of humor, polite, modest. In November he suddenly started to function like a general. For him, November was the result of something he’d been working toward for many years. Suddenly everyone turned to him and expected a decisive response from him. And he had to be decisive, giving orders and instructions. He felt the great responsibility that fell to him unexpectedly.

Havel received several honorary doctorates, including one from Charles University in May 1990. How did he perceive these awards?

Of course he appreciated all of them very much. But he approached them with humility and a certain sense of perspective. He had a “Hall of Fame” in the hallway near the bathroom in Hrádeček where he hung all of his honorary doctorates, diplomas and awards.

What was something that meant a lot to him?

The Peace Prize of the German Booksellers Association in Frankfurt, just before the Velvet Revolution. He couldn’t go there in person, but he wrote “Words on Words” as his acceptance speech, which was read at the award ceremony by the popular actor Maximilian Schell. What’s more, Chancellor Helmut Kohl and President Richard von Weizsäcker were at the ceremony.

I think so. A survey was recently published in which a large percentage of people consider Havel to be the best post−1989 president. I personally prefer to avoid these judgments because after all, I live in my social bubble, and it wouldn’t be completely objective of me. Many of the things Václav Havel advocated, for example in the field of human rights or the considerate treatment of nature, are timeless. I am deeply convinced that many people will be inspired by him in the future, and that these things will continue to be beneficial.