Jesus as an Icon: The Man of Sorrows

As we approach Easter weekend we are reminded, whether we wish to be or not, of the passion of Christ narrative. We are told about the great sacrifice Christ made for us, and the story behind it. On the surface Vincent Gillespie’s lecture on the ‘Man of Sorrows’ fits perfectly into the season, however Gillespie’s take on the Man of Sorrows gives this narrative another dimension.

Oxford University lecturer Vincent Gillespie’s informative and compelling lecture is the seventh in the ‘Medieval Conceptual Conflicts and Contrasts: Text and Image’ lecture series. This series consists of lectures from an array of academics from England, Norway and Austria as well as our own Faculty of Arts. The topics range from Geometry and Diagrams and Catherine of Alexandria to the Antichrist, all being acutely focused on the relationship between text and image within the medieval period. The lectures take place on Wednesdays from 17:30 until 19:00 in the Faculty of Arts building, and are open to all who are interested in widening their knowledge of the nuanced and complicated ways in which medieval society communicated and expressed itself. 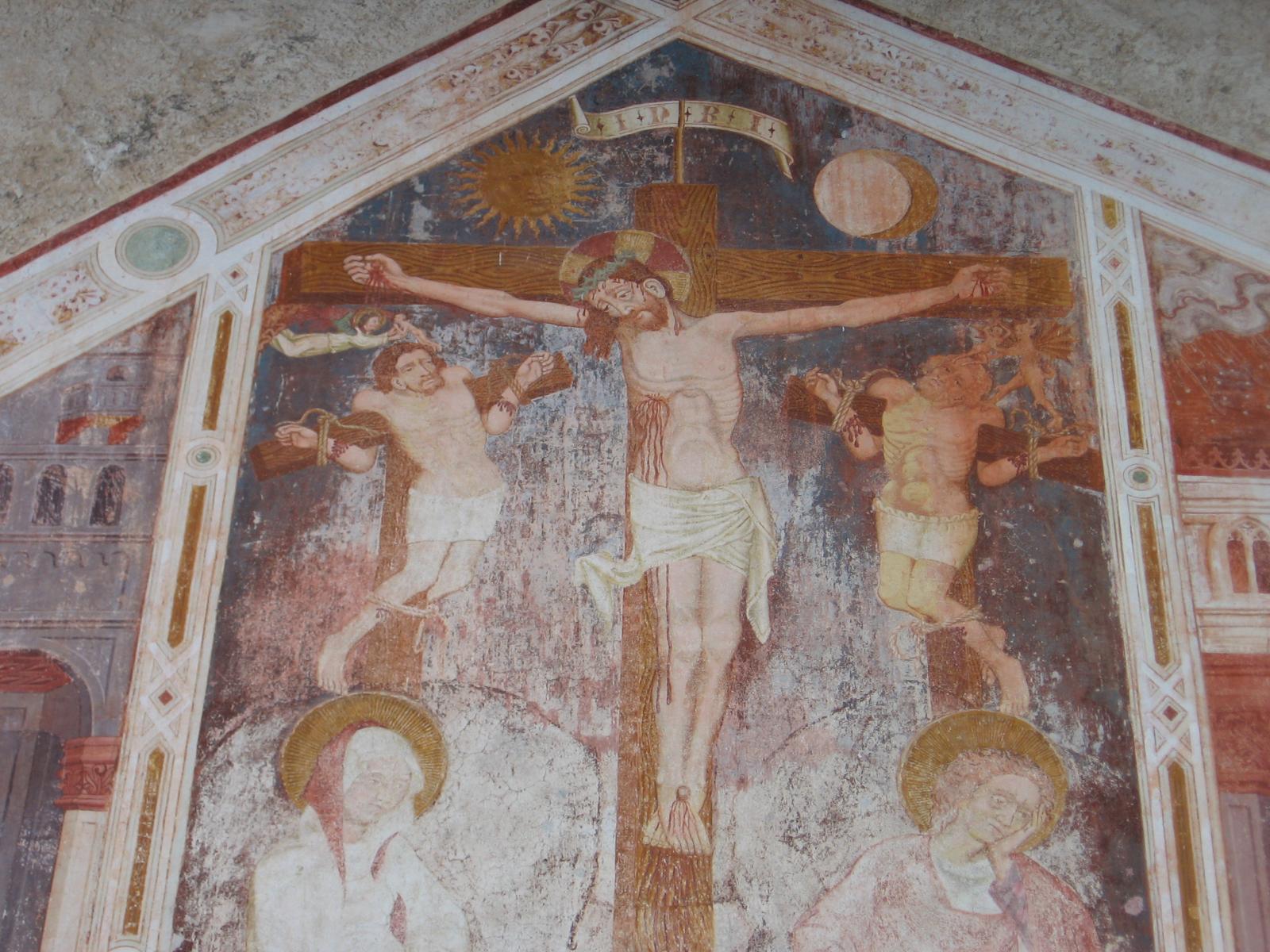 Vincent Gillespie is a Professor of English literature and language at Oxford University, and was highly praised when introduced by Professor Jan Čermák, who did not hold back in telling the room about Gillespie’s contribution to English medieval literature studies which in his words, “stands out because of his mere intellectual joy and the shrewd original perspective he offers.” It is clear the Gillespie indeed possesses this talent to illuminate original and compelling truths in a way that is stimulating and engaging to his audience, his style of lecturing was thoughtful and informative as well as entertaining and humorous.

When you enter a church you are likely to come face to face with a large depiction of Christ on the cross performing his final act of sacrifice for his people. However, if you decide to look around a little further, you might find another depiction of Christ, which doesn’t quite fit into this narrative. This figure, the Man of Sorrows, was and is a significant iconographical motif that is widespread throughout Europe. Gillespie argues that fundamentally the Man of Sorrows embodies the “paradox of suffering bringing salvation that is fundamental to Christianity.”

The lecture slides take us through various depictions of this Man of Sorrows, with examples from all over Europe, and we are faced with the same image: a bloodied, dejected and suffering Christ. We see Christ and he is, in Gillespie’s words, “exsanguinated, he has poured himself out for mankind.” Often the images are gory, blood leaking out of all his wounds, and they are clearly depicted in order to make a lasting impression on its viewers. We are to comprehend and empathize with this pain, these images, and in turn Christ’s sacrifice, are to imprint on our brains.

So what is so unique about this specific image of Christ? We have to return now to the season, to Easter. The Man of Sorrows is intrinsically linked to the passion of Christ narrative, but simultaneously is disjointed from it. This is not the Christ from this narrative, this is Christ placed in a different moment of time. The Man of Sorrows is not a resurrection Christ, nor is it Christ on the cross, this is Christ out of time, there’s no context or imagery or landscape or setting, simply the image of Christ. This is intended, Gillespie maintains, to be iconic and schematic, it is ‘‘aspiring to the condition of simplicity that imprints itself on your memory.” Though Christ has clearly sustained his wounds already, we as viewers aren’t supposed to know or understand where in history this image sits. The ambiguity of the context, and its standalone properties create a timeless image and becomes a blank surface for ideas to be presented and projected on. It is for this reason that the Man of Sorrows has become an iconic figure in Religious imagery.

Fitting in well with the general theme of this lecture series, Gillespie introduces another interpretation of the image. The five main and iconic wounds, he argues, can be seen as the five vowels while the other injuries (lacerations from whipping, crown of thorns etc.) act as the consonants. For the literate this conjunction between the vowels and consonants create an image as well as allows for a projection of their own theological imagination. On the other hand, the illiterate are able to understand the complexity for the image through the image itself. The Man of Sorrows works because all who see it understands its message.

To further this connection between text and image Gillespie informs us of the hand the Man of Sorrows played in the rise of chivalric notions as well as literature and stories. We are drawn to a poem, ‘Quia amore langeuo’, which depicts Christ sitting under a tree displaying his wounds to mankind, but Man’s soul will not look at him as he is running around the “valley of restless mind.” This is iconography that is transposed into a courtly environment, the kingly wooer who can not get the reluctant soul to take him plays into the Chivalric trope of the wooing of a reluctant woman, creating an allegory for the resurrection story.

The Man of Sorrows is gory, abject and uncomfortable, but as Gillespie has expertly informed us in his lecture, there is much more significance and weight to this image. If you are ever to be confronted by such an image, take a moment to perhaps take in the transcendence and importance of its context and influence.