On December 15, 2017, the Faculty of Arts of Charles University hosted a lecture “Confucian Humanism and Religion“ by Professor Ming-huei Lee from the Institute of Chinese Literature and Philosophy of the Academia Sinica in Taipei, the national academy in Taiwan. In the popular lecture series organized by the National Central Library of Taiwan and the Taiwanese Center on Chinese studies, this is the third event held at Charles University‘s Faculty of Arts since its start in 2015.

As the small room in Celetná 20 building fills up, lecturer Ming-huei Lee who is a Chinese philosopher mostly dealing with religion and European philosophy begins to grab the audience attention by sharing the German and Greek definition of humanism.

German philosophers such as Niethammer and Lessing defined humanism mostly in the context of Bildung (Education), striving for the intellectual, physical and moral betterment of the human being.

However, ancient Greek philosopher Protagoras went even further when writing that “man is the measure of all things”, implying that rather than God, the individual human being is the absolute source of value. This was a quite controversial statement for his time and remains heavily discussed even in present philosophical debates.

Lee went on to clarify the two major periods of humanism. The first period, he explained, was in the 15th and 16th century with philosophers such as Erasmus of Rotterdam and Franscesco Petrarca dealing with the so called Renaissance Humanism. Whereas German Humanism had its peak in the juncture between the 18th and 19th century with minds such as Humboldt, Hölderlin or Goethe contributing. 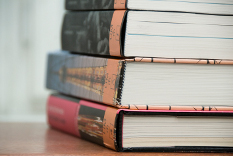 However, both humanistic traditions demonstrate the strong preferences for the ancient western culture - hellenic and roman alike - and heavily emphasize the importance of classics in personality building.

Lee went on to introduce the viewpoints about religiousness in Confucianism. Confucius, he explained, can be seen as a representant of a “moral religion”. Religion here is meaning morality, aiming to establish such for all mankind. Such ideas are reflected in Kant’s concept of “moral religion“. Lee, who wrote his thesis in German on Kant, demonstrated how moral religion must be founded on the basis of practical reason; it neither needs church, nor the revelation or blessing of (a) God. Kant's concept represents a universal ideal beyond the temporal and spatial boundaries, Lee stated.

Similarly, Thomas Luckmann argues in his book “The invisible religion” (1967) that the “Effective social basis of the modern scared cosmos is to be found in neither churches, nor the state, nor the economic system.”

But what specifically does Confucian humanism argue? It is the concept of respect, the focus on one’s spirit. Confucius contributed to Chinese Humanism in many ways; for example he did not challenge the primary concept of heaven face to face, rather he internalized it humanised with moral consciousness.

Interestingly, many scholars such as Yu Ying-shih describe Confucianism today as a “wandering ghost”. Ying-shih and other believe that Confucianism at present is not much more than its input to the academic discourse of such.

As Lee ends his presentation and the discussion round is opened up, such statements are further discussed. Here it is significant to note that Confucius‘s birthday – a celebration held annually on September 28 to pay homage to Confucius, China’s ‘First Teacher’ – used to be a public holiday in China in the past. But it is no longer celebrated officially as such. Nevertheless his birthday would be celebrated in temples and other, but not officially, as a public holiday.