The Grassroots Answer to a Czech Film Museum, This is NaFilM

One of Prague’s not so well known gems, NaFilM – short for the National Film Museum – is a project set up and run by Film Studies students of the Faculty of Arts of Charles University. Olly Sullivan spoke to co-founder Terezie Křížkovská to find out more.

A good museum educates its visitors – but a great museum grips your attention and has you desperate for more. The NaFilM museum in Prague New Town takes this to a whole new level.

Nestled away in the heart of New Town, in a city with a plethora of museums and galleries, the NaFilM museum truly is a hidden gem that cinephiles and film novices alike must visit. Just a few minutes’ walk from Můstek and Národní třída metro stations, the museum is easily accessible.

Run solely by a group of film students from Charles University, NaFilM teaches you not only the history of Czech and international cinema, it immerses you into the world of film production. From lectures to interactive exhibits, there is never a dull moment as you follow a guided tour by the passionate museum staff, desperate to engage you in their love for the art.

Terezie, 27, helped establish the museum with two other film studies students two years ago. Now in the final year of her master’s degree, her love for cinema and the museum has not dwindled.

“We have a very small but passionate Film Studies department at Charles University. I think there’s power in being small, though. There are around ten people in each year, but we all collaborate our ideas and help each other,” she said. “We all volunteer our time here; we love film and want to see the museum develop.” 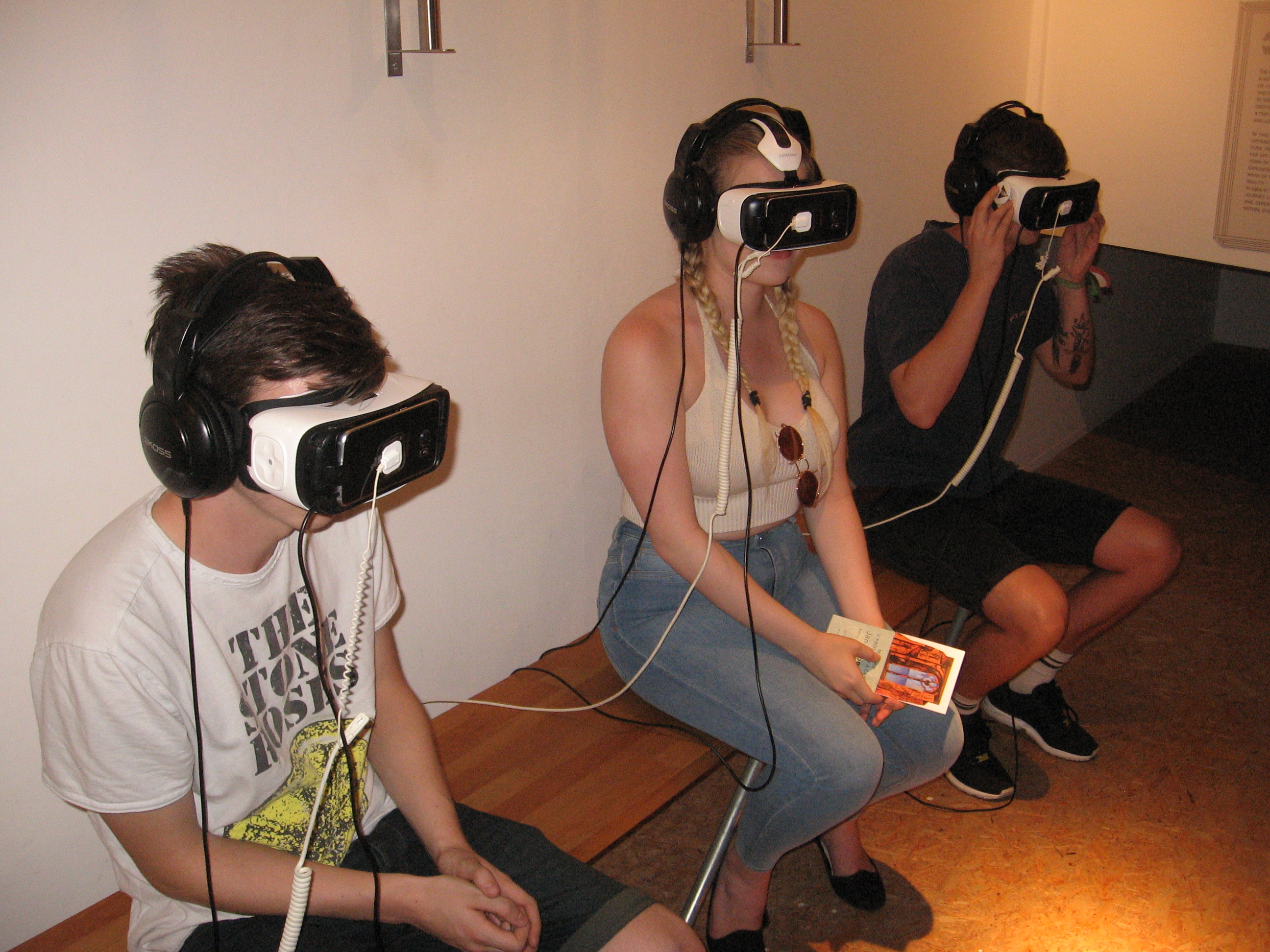 “We travelled across the world visiting other film museums for inspiration, but also to look for ways in which we can make our museum different,” she added.

The tour starts with exhibits on the earliest forms of projection, and a look at the optical illusions of Charles University graduate Jan Evangelista Purkyně (1787-1869) in addition to recreations of his early designs for the kinescope. As your journey through the history of film continues, you can see the developments in technology, from the adjustable zoetrope that is unique to NaFilM, to the cinematograph and the eye-opening virtual reality section.

The exhibits and teaching apparatus may be mostly made by themselves, friends and family; but they add to the quirkiness of the museum. This unconventional charm is just one aspect of the museum that keeps you hooked throughout the tour.

Next, the avant-garde section of the museum focuses on the inter-war period of Czechoslovak cinema and the influence of French surrealism, not only offering short screenings of films, but also an imaginary cinema section, letting you venture deep into your imagination.

The tour finishes on a high with the animation section. From the invention of the cinematograph in 1895 to the Walt Disney classics of the 20th century, the museum teaches you the principles of animation and encourages creativity. As always, NaFilM has another fun interactive exhibit for you to try, this time an animation board that allows you to create your own animations that you can have emailed to you to show off to friends and family.

Nearing the end of her studies, Terezie has decided to move away from a future working in the film industry, instead dedicating her career solely to the museum.

“I had originally worked in film production, however my dream now is to be the director of the new museum we are planning on opening. I really love this job,” she said.

Having only opened as a student-created exhibition two years ago, the popularity of the museum has led to a follow-up exhibition opening, with the lease this year being extended due to high demand. Only occupying 300m² of former office space in Národní třída’s Chicago Palace, the museum has ambitious plans for the future.

“We have between 1,000 to 1,500 visitors a month, and have had some famous Czech directors visit the museum, and everyone has a positive reaction. The current museum is small, but the owners, the Kolowrat family, have given us a lot of support, and don’t charge us any rent,” Terezie added.

The museum has also benefitted from state and EU government funding, in addition to the Erasmus+ programme. A sign of the students’ dedication to the cause is a crowd-funding scheme which has seen more than 450,000 CZK raised, that has been matched by the Vodafone Foundation.

“Museums should be fun. We don’t want to just lecture people. Learning should be interactive and interesting,” Terezie asserted.

“We have been really lucky with the assistance we have received from foreign universities – especially the help for the virtual reality section from Middlesex University, London. We’ve also received help from other universities in Prague such as FAMU (Film and TV School of Academy of Performing Arts in Prague). We are always looking for more help though.”

The current exhibition is open until the end of the year, and is priced at 80 CZK for adults and 60 CZK for concessions. NaFilM can be found Palác/Palace Chicago, 2nd floor, Národní třída 32, Praha 1; entrance from Charvátova 11.