How Erasmus has had a positive impact at Charles University

The Erasmus student exchange programme celebrates its 30th anniversary in 2017. Dr. Ivana Herglová, the Institutional Co-ordinator for Erasmus+ at Charles University, Prague, tells Matthew Earth how the scheme has grown over the years.

The Erasmus programme was named after the Dutch philosopher Desiderius Erasmus, who, in his quest for knowledge, lived and worked around Europe to gain new insights. It was founded in 1987 by the European Union with the intention of allowing students throughout the continent to study abroad with relative ease. Dr. Ivana Herglová, who oversees the programme at Charles University in Prague, says the scheme offers a wide range of benefits to students, regardless of whether they are leaving or visiting the Czech Republic.

“In the Erasmus programme, you are always treated like a local student. Many things are already in place for you, everything is organised,” Miss Herglová said. Students are often assigned a personal tutor to make sure all is well, and necessities such as airport pick-ups can be arranged to smooth the transition of living in a different country. The accessibility of the scheme is an attractive proposition. “Very few people are declined,” added Miss Herglová.

Charles University is an extremely active participant in the Erasmus programme. It currently accepts the fifth highest amount of students from around the continent, and is tenth highest for the amount of students sent elsewhere. In 1998, Czech universities began to accept Erasmus students. Initially only a few hundred students participated, but this number has been steadily rising. More English taught courses were created around 2005, offering a wider variety to incoming students. For the 2016-17 academic year, almost 1,800 foreign students arrived at Charles University to study, while ca. 1,250 of its own students travelled abroad. The Faculties of Arts, Social Sciences and Law are the three most popular among incoming students – bringing in about 1,000 students each year. Miss Herglová believes the numbers of incoming students will continue to rise. “Based on the number of our current Erasmus agreements, we could potentially have up to 5,000 students arriving,” she said.

Miss Herglová said most of the incoming students arrive from Germany, France and Spain, but noted that there was a sizeable contingent from Poland and Slovakia, too. The language barrier is not an issue for Slovakians, according to Miss Herglová, who explained: “It’s very similar. We can understand each other.”

However, Charles University students tend to travel further west on Erasmus placements, as opposed to neighbouring countries. Miss Herglová said the students leaving Prague for Erasmus exchanges tend to go to countries which are “more developed and more expensive – generally you can observe a ‘go west’ direction in most exchange programmes.” 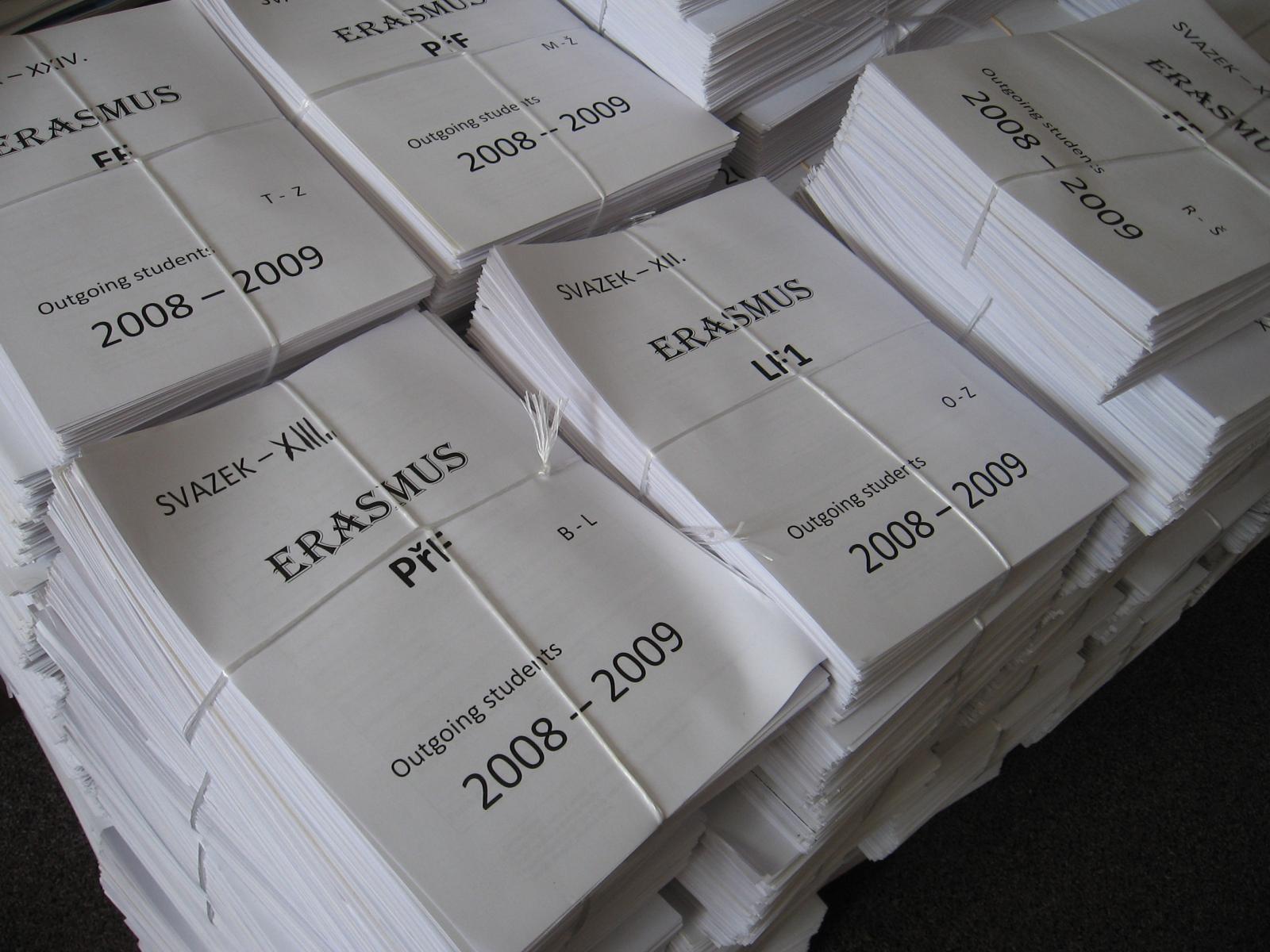 The Erasmus scheme runs in seven-year cycles. In the year 2014, the latest initiative began, known as Erasmus+. This new cycle combined all of the EU’s schemes for education, youth and training, many of which were already part the previous Erasmus cycle, known as the Lifelong Learning Programme. The European Commission says the new cycle, which is set to run until 2020, will have a 14.7 billion Euro budget – 40 per cent higher than previous initiatives – and will allow more than 4 million students access to grants and funding. Erasmus+ was launched at a time when six million young people were unemployed in the EU and offers therefore also a high support for professional training.

Miss Herglová said much has changed since Erasmus was introduced back in 1987. At the time, it was a voluntary initiative between 11 countries. At Charles University, where she has worked since 2007, there were originally almost no English language courses available to foreign students. Originally, the teachers in Prague were asked to co-operate in creation of new agreements with universities abroad, and a lot was left to them, and even the students who wanted to study at a certain foreign institution, to set up the scheme. Nowadays, however, the Erasmus scheme at Charles University is booming. Miss Herglová described it as “a huge community in itself.”

With the United Kingdom set to leave the European Union by 2019, there remains some cause for concern among staff and students regarding the nation’s participation in the programme. Miss Herglová said the number of Czech students leaving for British universities is far greater than British arriving at Charles University. She said: “We are sending many more students to the United Kingdom than they are sending here. Depending on the year, up to three times so much.”

Once the UK leaves the EU, she said there is a chance the country could still remain part of the Erasmus programme. “It’s something we do not know,” she said, and claimed the future depends on which type of Brexit will eventually occur. Miss Herglová was, however, optimistic for the future: “What I think might happen is the UK becomes part of the European Free Trade Association or would become involved in the Erasmus programme on similar principle.” The EFTA consists of four European countries not part of the EU – Norway, Switzerland, Liechtenstein and Iceland. With the current exception of Switzerland, they are free to take part in the Erasmus programme, despite not being a member state. Miss Herglová recalled a speech by Jan Thompson, the British ambassador to the Czech Republic, in which Mrs Thompson stated how UK universities would like to remain a part of some European educational programmes – meaning most likely Erasmus - once the country eventually leaves. 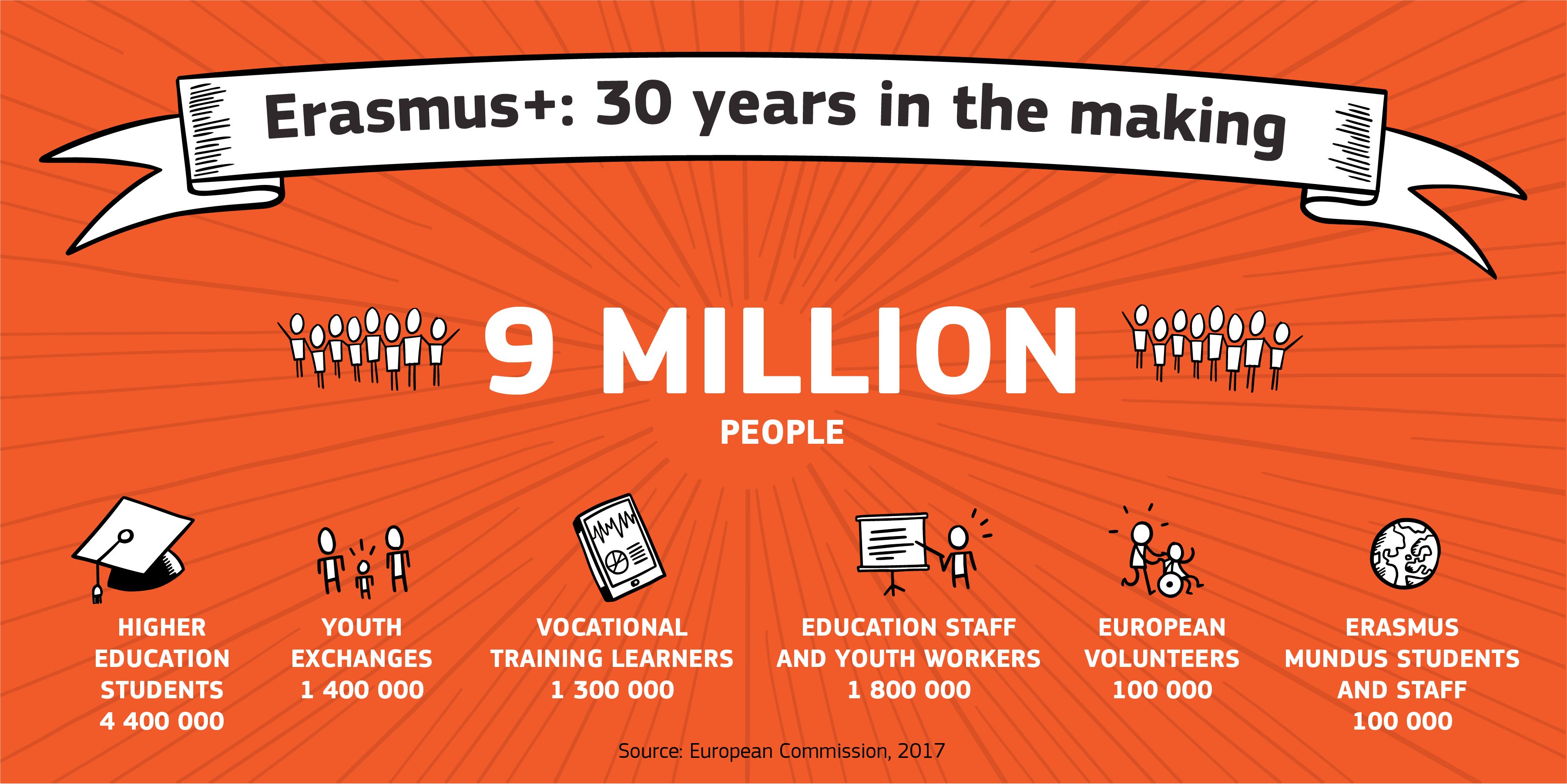