In summer 2016 a new permanent exhibition, “Enchanted by Antiquity”, was opened in Duchcov Chateau in North Bohemia. After a short interruption, the public once again gained access to the collection of historical plaster casts of ancient plastics from the collections of the Faculty of Arts of Charles University.

In the Czech Republic the collection of plaster casts that belongs to the Faculty of Arts of CU, is a truly unique ensemble. Today it contains over 500 copies of both famous and less well-known works of ancient art. Almost 100 of them are now on display to the public in Duchcov Chateau. 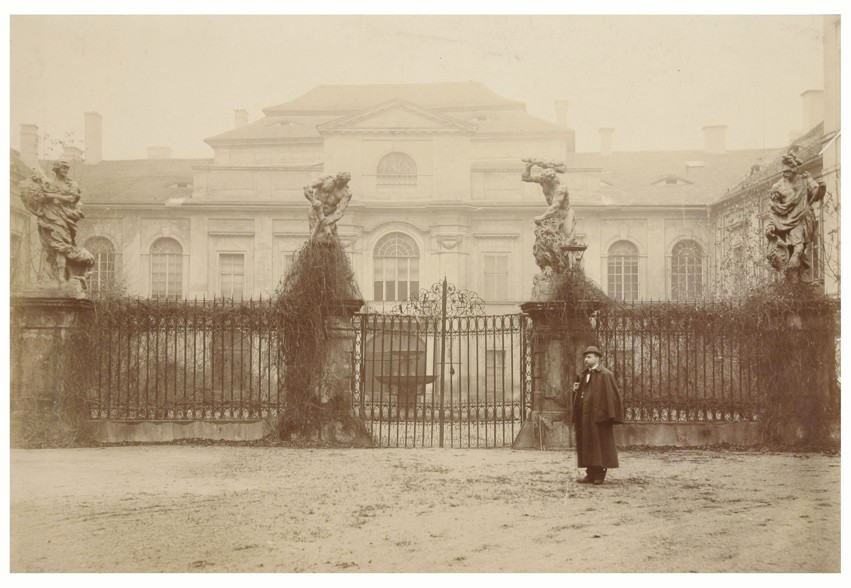 However strange the connection of a Czech Baroque chateau and the ancient statues may seem, just a brief look at the chateau’s collection of paintings or a glance at Matyáš Bernard Braun’s Baroque sculptures of Herculi guarding the entrance gate to the chateau‘s front courtyard make it clear that both the Renaissance and Baroque art were greatly influenced by Antiquity.

During the rule of the passionate art collector Emperor Rudolph II in the late 16th and early 17th centuries many originals of the ancient artworks were deposited in the Czech countries, including the famous sculpture of a kneeling boy known as “Ilioneus“. Today, however, Czech art lovers have to satisfy themselves with just the historical plaster casts. Interestingly, the plaster casts from Charles University collection were portrayed as their originals in the popular 1950s Czechoslovakian historical films centred on Rudolph II, “The Emperor’s Baker“ and “The Baker’s Emperor.“ 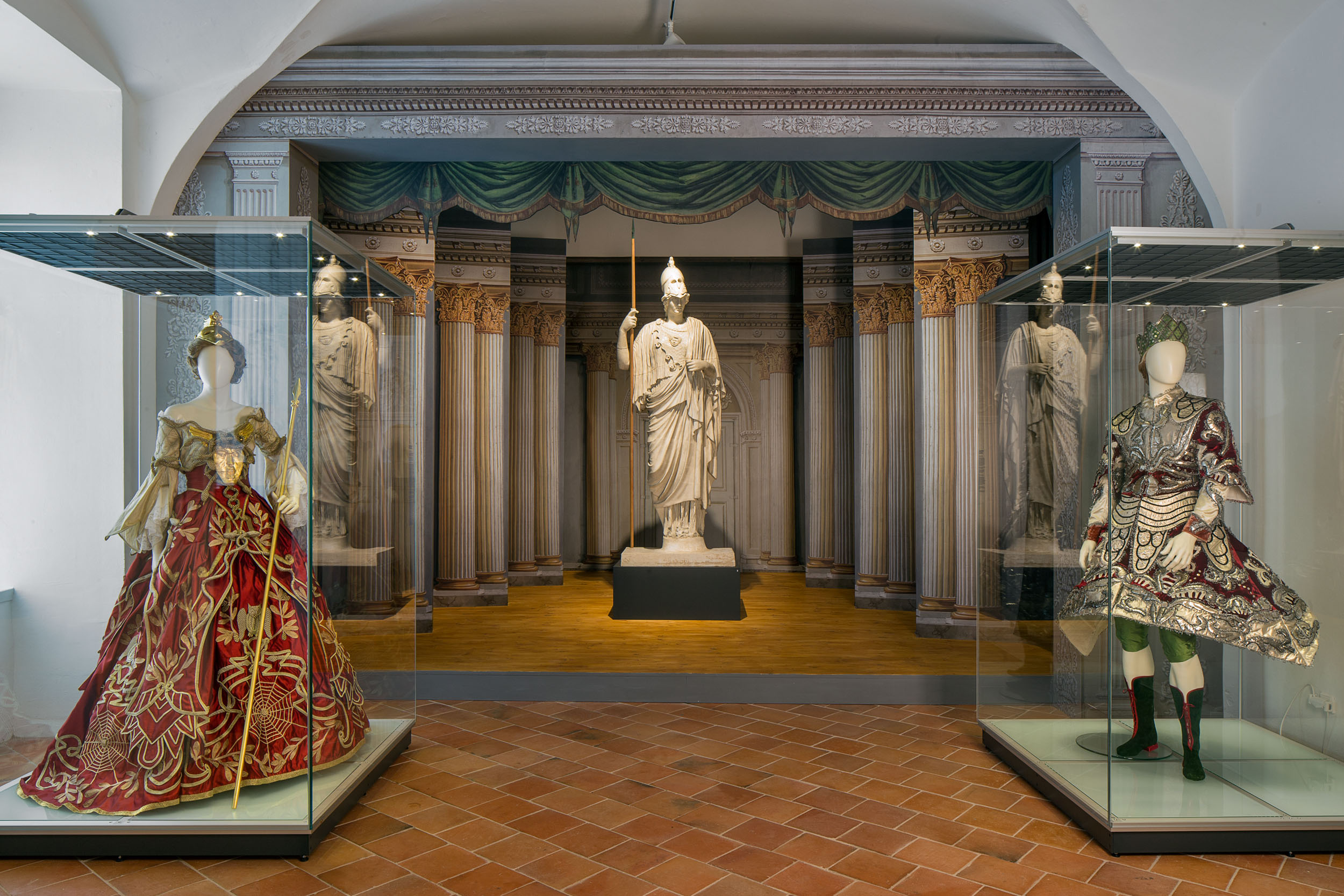 The joint project of the Faculty of Arts of Charles University and the National Heritage Institute is not, however, limited only to exhibiting the casts. It uses the full potential of the chateau and introduces the monuments in a relation to the living-space of Czech aristocracy which often and happily were enchanted by Antiquity. After all, the oldest pieces from the collection (including the sculptures of “Eros and Psyche” and “The Drunken Satyr Balancing on a Wine Sack”) originate from the art collections of the Counts of Nostitz.

As the plaster casts collection of the Faculty of Arts was created with a certain scientific and research-oriented purpose, the visitor is represented with two parallel lines of the exhibition at once – the Antiquity and the Chateau line.

The Antiquity line depicts the evolution of Ancient Greek sculpture from archaic times until the later Hellenistic period, and remembers some important historical events or specific aspects of Ancient culture; in particular focus are selected legends of Ancient Greek Mythology. Strong themes of war or crime and punishment (e.g. killing of Niobe’s children or punishing of Satyr Marsyas) are joined by frivolous scenes of the Goddess Aphrodite’s love affairs or humorous acts of the wine god Dionysius. During a visit of the chateau’s collection of paintings, or to the garden of the chateau, visitors can compare how the same topics were depicted by both Renaissance and Baroque artists.

During their long history, the plaster casts were not only used as study objects of classical archaeologists, but they were also a model to practically the whole generation of Czech artists of the first third of the 19th century. A unique cooperation between Wilhelm Klein, Professor of classical archaeology, and Josef Václav Myslbek, one of the most famous Czech sculptors, led to creation of several plastics as well as whole groups of sculptures, including the exhibited sculpture of Goddess Athena with Satyr Marsyas, originally from sculptor Myron from the mid 5th century BC. 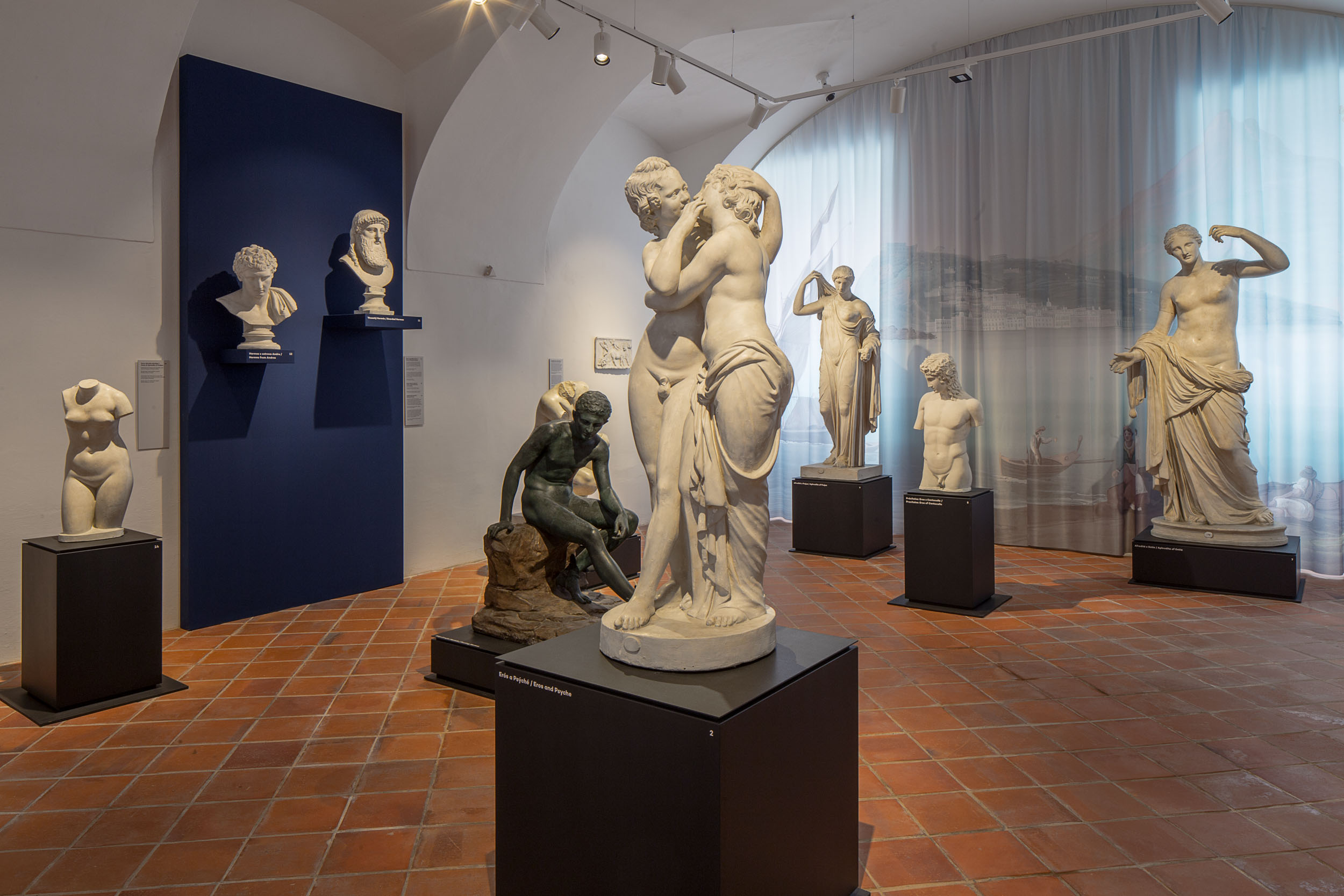 The original rich colours of the Ancient sculpture are shown in the reconstruction of the original image of the archer from the west front of the archaic temple of Goddess Aphaia (also Aphaea) on the Greek island of Aigina. The motif of the decorations was the Trojan War, therefore the sculpture is usually considered Prince Paris, and it is one of the biggest points of interest of the whole collection. Jointly, the full reconstruction of the western pediment of the temple is exhibited; it shows ten fighting figures that are almost life size.

The Chateau line of the exhibition makes the visitor familiar with the enchantment of Antiquity as it was felt by the Czech nobility in past centuries. The selection of the exhibition space was no accident – the historical owners of Duchcov Chateau, the Wallenstein family, used this part of the building as an exhibition area for their large collection of weapons, porcelain, paintings and minerals as well as Ancient art pieces in the 18th and 19th centuries.

Part of the exhibition is also the former chateau theatre. The visitors are reminded of the history of this space by the scenography of the room, as well as two replicas of magnificent Baroque costumes once worn by the characters of Pallas Athena and Ancient Hero. The copies were created based on preserved blueprints of the famous Viennese theatre scenographer and costume designer Antonio Daniele Bertoli (1677–1743), and they are part of the exhibits that are the most attractive for the visitors. 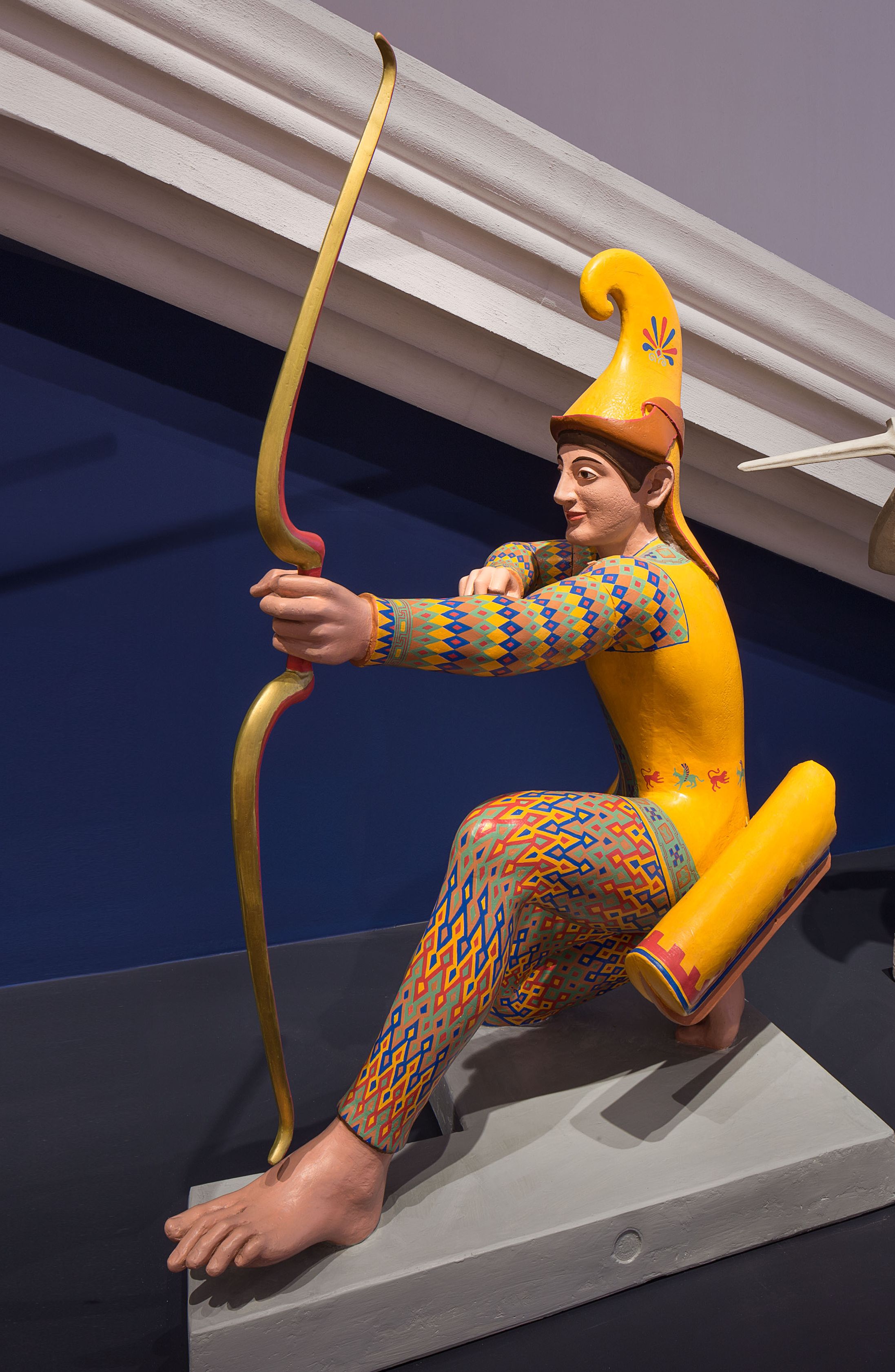 One more theme of the exhibition is the phenomenon of the Grand Tours of the European aristocracy to the areas of the Ancient Mediterranean, which were a traditional part of the education of young noblemen. The Grand Tours are recalled by a collection of souvenirs, travel necessities or historical photographs from the collection of the National Heritage Institute.

However, the aim of the exhibition is not to depict Antiquity and interest in it as exclusively point of interest for the elite. Rather, it presents it as part of general education and the foundation of the European culture of today.

You can see the result on the websites of Duchcov Chateau – or you are cordially invited to come and visit the exhibition in person to learn more about it on the spot.