Exactly 100 years ago on the 28th July 1914, World War I began to dramatically reshape the relations between the countries on a global scale, turning reality upside down for every one of its citizens.

The murder of Archduke Franz Ferdinand d’Este on 28th June 1914 triggered an enormous diplomatic crisis, where all the large industrial and military powers of that time, divided into two opposing alliances, were involved. As the heir to the Austro-Hungarian crown, Franz Ferdinand’s death foreshadowed the Austrian declaration of war against Serbia and the subsequent mobilisation of Europe’s armies, starting with Russia and fast spreading to Austria-Hungary, Germany, Great Britain and France. 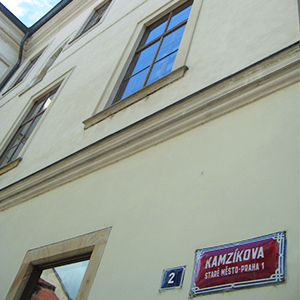 Timeless and influential writers who endured the war such as Franz Kafka mirrored and preserved their testimonies in their work by writing on an array of everyday and intricate experiences, from war-time customs to the politics of the global conflict. The German novelist and poet Franz Werfel, who was born in Prague and served in the Austro-Hungarian army, later received remarkable recognition for his unique and peculiar use of the context of the conflict in his work – as a contemporary of Max Brod and other Jewish intellectuals of Prague, Werfel was and is, one of the most well-known authors writing in the German language between the two World Wars. His short novel The House of Mourning (1927), intriguingly set in the small lanes behind our University’s Karolinum building, captures the dramatic end of the pre-war world of Austria-Hungary in an illustrative and striking way. 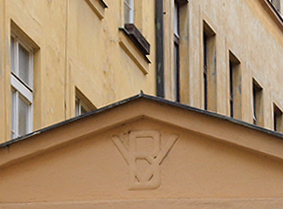 The narrow Kamzíková Street has quite a history. In the past full of Middle Age-old “joyhouses”, or ministerial orphanages, it was in the first decades of 20th century a popular meeting place for underground and city artists, and an inspirational backdrop for the story. Throughout the tale, we see how one of these establishments, named Salon Goldschmidt, transitioned from a “joyhouse” into a “house of mourning” – a change caused by the death of its owner, and one that was strangely concurrent with the murder of Franz Ferdinand d’Este. If we are to give Werfel’s account any credit, this would also be the place where Archduke Charles, the last Emperor of Austria-Hungary, learnt of the assassination of his uncle in Sarajevo and his becoming to the heir of Austrian-Hungarian throne.

The House of Mourning is a vivid and poignant illustration of the fascinating changes that took place in the young years of 20th century Central Europe; a short story encompassing the loss of the Austro-Hungarian Empire in the turmoil of military conflict and mourning of the pre-war world and its people, lost in the trenches of the World War.

Throughout the ages, Prague has been a cradle for artists from all walks of life. Today, history is reignited when you walk through its lanes, when you step on its cobbles. Almost nothing remains of the places embodying Werfel’s story, yet we as readers have the gift of reconstructing his words as we walk through this city, reimagining what time and war has destroyed, but what still lingers in written words, enabling us to envision the winding pasts of Prague and Europe, before the Great War changed them forever. These wartime novels and short stories, such as Werfel’s, although so readily at our disposal, hand us the key to an otherwise long lost world, including that of our Charles University...