Student-centred and interdisciplinary, the Prague Laboratory for Experimental Social Sciences (PLESS) is an initiative of students of the Department of Psychology, CU FA. One of the founders, Bc. Mgr. Marek Vranka, explains more in an interview with iForum. 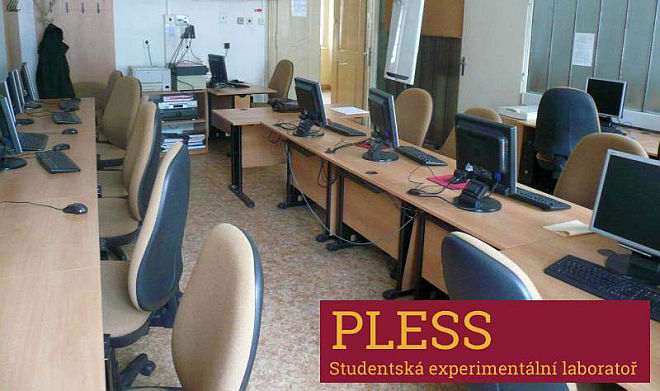 How is the new laboratory integrated into the Department of Psychology?

Intensive negotiations are underway with the management of the Department and the Faculty as well to settle the organization of the laboratory. But since our ambition was to launch data collection as soon as possible, not all formal aspects have been settled. The first research projects conducted at the Laboratory have been in the hands of Ph. D. students of psychology; our future plans include co-operation with regular members of the Department (for example, with doc. Petr Kulišťák in a project on the influence of cognitive training) and an active role of the Laboratory in practical teaching of experimental psychology. This last plan will be easier to fulfill because of a grant that we have been awarded from the Faculty´s development funds.

Furthermore, our ambition is to initiate the establishment of an Ethics Commission, a body which is as yet missing at the CU FA and which would approve research applications. An Ethics Commission´s statement is often required if publications are to appear in journals abroad.

Who is currently involved in the management of the Laboratory? 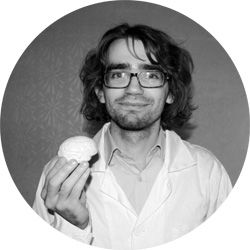 The projects now running are managed by Mgr. Ing. Štěpán Bahník, Jana Dlouhá and myself, but we do have several other students interested in helping out with the Laboratory´s operation or PR. The grant I have mentioned will be used, among other things, to pay out student scholarships, which will hopefully motivate undergraduates in particular.

Your web page says that the laboratory aspires to interdisciplinarity by being open to students of other fields, especially social sciences. Is it really open to anyone from Charles University?

In principal, anyone from CU can join us; however, it must be borne in mind that the possibilities of the laboratory are oriented to social sciences. The laboratory is in full compliance with the needs of researchers in philosophy, political science, aesthetics and similar fields; on the other hand, there is as yet no equipment for research that involves, for instance, collection of physiological data.

If anyone is interested in conducting their experiments in our laboratory, they can e-mail us to introduce the project briefly. Providing that the research plan has a sufficient standard and is feasible under the existing technical conditions of the laboratory, a time schedule will be compiled.

What we can offer is, especially, the possibility to contact potential research subjects via the database, and the premises, which we have been invited to use by the Department of Logic. We will also be happy to share our know-how on the preparation and administration of the research design.

The Faculty of Arts is already home to a psychology laboratory, LABELS. What would you say is the difference between LABELS and the new student laboratory?

Each laboratory has a different type of equipment and can therefore be used for different types of research. LABELS has an eye-tracking device and CRT monitors, so it is suitable for research which requires these instruments (psychophysics in particular). By contrast, PLESS has more computers, making it more suitable for research projects which can be administered on a large scale via computers.

Furthermore, the two laboratories differ in the type of expertise and research interests. At universities abroad, it is fairly common for departments of psychology to have more than one laboratory; therefore, we find our two laboratories as an opportunity to, at least to some extent, come closer to the world standards in psychology. As either laboratory has its strong and weak points, students can decide for themselves which of the two places suits better their type of research and their needs.

Does PLESS have any other ambitions apart from being a site for experiments?

PLESS, in addition to research as such, seeks to popularize and bring experimental methods closer to students of psychology and other fields; in order to do this, PLESS has set up a social network community to bring news and information about interesting experiments conducted in different parts of the world; furthermore, PLESS has launched courses open to any member of the Charles University community, teaching the basics of designing, administering and evaluating modern experimental designs.

Finally, PLESS places special emphasis on building excellent relationships with experiment participants. Apart from receiving financial or material reward, the participants are given, as part of the debriefing after the study, detailed information about the subject-matter of the experiment; the aim is to explain how their participation has helped us and to tell them about things which they can use in their own study or personal lives.

Could you be more specific about the ongoing research at PLESS?

It is problematic to talk about the ongoing research since any detail about a research project in psychology may have an impact on (potential) participants. Let me just say that we have now finished collecting data for a large international study conducted by professors from two leading U. S. universities. Running simultaneously in over thirty laboratories in different parts of the world (in countries as distant as Canada and Turkey), the study´s major objective was to replicate twelve different psychological effects, which had been published before.

Replications are currently a huge hit in psychology – especially after it turned out last year that some known and important studies had been impossible to repeat with the same results in different laboratories although the researchers involved had done their utmost best. Replications, i.e. studies in which a different team of researchers seeks to reach the same results that have been published, using “only” the same or a very similar design, had previously been accepted by very few people and were hard to publish in journals. As a result, a huge number of psychological phenomena were considered to be proven, even though their existence had only been proved by a study with a relatively small sample obtained by a single team of researchers.

Luckily, that has changed. One of the studies proving the new trend is the Many Labs Replication Project, in which PLESS participated. The twelve effects studied included, for instance, the anchorage effect (i.e. people who, just before being asked about the height of Mt. Everest, are presented a higher figure, will normally guess a higher figure of the height than people presented with a lower figure) or the effects of money priming or the U. S. flag (i.e. people, by merely being presented with a picture of money or a flag, will change their attitudes to social issues or their consent to political actions taken by the U. S. government).

It will be interesting to see whether these effects can be observed again and how different they are in different countries, cultures or language mutations. Another extremely important thing is to compare the results of research conducted in laboratories versus via the internet as an increasing number of psychological studies are being conducted via the internet, although it is not absolutely certain whether such results may be distorted in some way and whether they can easily be generalized. The results of the study will be published in a special issue of the journal Social Psychology; once published, they will be available on our website at pless.cz or the laboratory´s Facebook page.