On Wednesday afternoon, 29 April 2015, Charles University’s Faculty of Law, hosted a lecture which questioned whether the European Court of Human Rights (EUCHR) could act as a Constitutional Court for Europe. Professor Geir Ulfstein, who lecturers at the University of Oslo at the Norwegian Centre for Human Rights, has massively contributed to the field of European law through his numerous academic publications. For this reason, the event was attended by numerous European legal scholars in order to hear what the Professor had to say about the possibility of supranational European Constitutional entity. 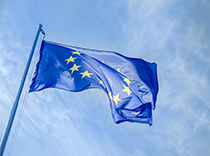 Professor Ulfstein began by differentiating between views on constitutionalism in Europe.  He explained that first view emphasizes that the European Court of Human Rights has constitutional aspects which should be enhanced. The second view, however, emphasizes that the relationship between European nations and the EUCHR is pluralist and that the relationship should remain this way. Overall, Professor Ulfstein made it clear that there is no one model of a constitutional court because these are adopted according to each country and caution must be taken when trying to implement models from other countries.

The idea that the EUCHR could act as a constitutional court stems from the idea that it has judicial review over all national and European cases. Judicial review is then adjudicated from the European Convention on Human Rights (the “Convention”) as opposed to the national law of the case being reviewed. In many cases, the national law of some member states has been reformed in line with the Convention. Ultimately, the EUCHR’s ruling are superior to those of national law because regardless of whether the EUCHR’s ruling contravenes national law, they must be accepted as the current precedent.

Professor Ulfstein then pointed out that contravention of national law by the EUCHR’s rulings alludes to a blurred distinction between the importance of EUCHR and other European Courts. According to Ulfstein, other European Courts also have important constitutional features and so it is important that all courts are guided by the same constitutional features, namely, the Convention which encourages subsidiarity of national federal systems. This can only be ensured by firstly applying national remedies and then by bringing the issue to the respective European Court. The application of such universal constitutional principles featured in von Hannover v Germany (1973) and S. A.S v France (2010).

Subsidiarity within national federal systems can take a bottom up as well as top down approach. When subsidiarity takes a top down approach it allows for legislation to be managed from a European level. However, from a bottom down perspective, national courts can determine the specific scope of regulations which balances the power of rulings from the European level. This is also known as positive subsidiarity. Furthermore, national courts can also become more active at a national level to mitigate any seemingly intrusive policies from European judgements. Positive subsidiarity therefore points to a new era in European law, one of separation of powers, and self-confident and more active national courts.

Upon concluding his lecture, Professor Ulfstein was asked, “should other European courts concede to same Convention as the EUCHR?” Ulfstein responded by saying that should other Courts use the same Convention, this would question the relationship between courts and whether any courts would receive a marginal appreciation. In order to overcome this, Ulfstein explained that more reviews would be necessary to ensure that the importance of all European and national Courts is not undermined.

For more insight on Prof. Ulfstein’s idea of Constitutional Europe read his work: The Constitutionalisation of International Law (2009)