University representatives as well as numerous dignitaries and invited guests marked the 671st anniversary of the founding of Charles University at the school’s historic heart, the Carolinum, on Thursday.

Esteemed guests included the Speaker of the lower house of Parliament Radek Vondráček, Deputy Speaker of the Senate Miluše Horská, and the Apostolic Nuncio to the Czech Republic Charles Daniel Balvo. 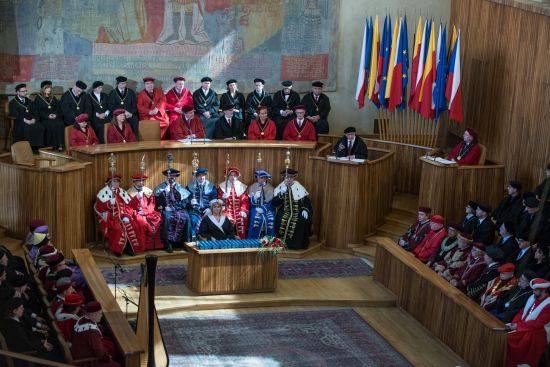 Per tradition, the ceremony was held in the Great Hall was and saw speeches by the school’s rector, Tomáš Zima and Vice Rector Jan Royt (who moderated the event, providing insight into the university’s long history, referring, among other things, to rare documents pertaining to the university’s founding which were acquired last year). 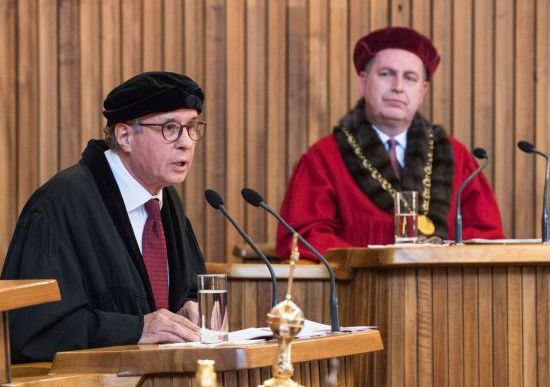 Rector Tomáš Zima spoke about the university’s duty to honour and uphold academic freedoms and stressed the need for civic engagement, and (drawing upon the legacy of Jan Hus) the need to speak about problems faced by society openly and without fear. In his speech, he emphasised the importance of clear terminology and coherent stances on issues, saying those were just as important on university grounds as pedagogical and scientific activity.

The guest of honour on Thursday, was Prof. Pierre Allan (Dean Emeritus and Professor of Economic and Social Sciences at the University of Geneva and currently a visiting professor at Charles University). 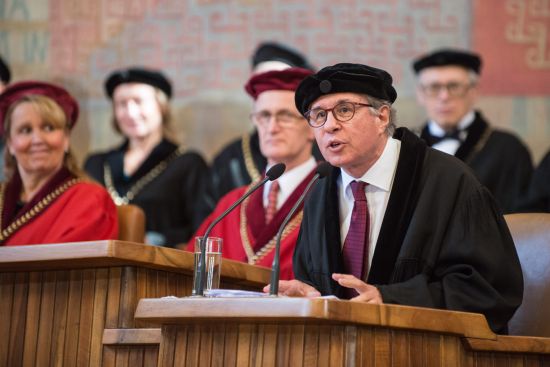 In a lecture entitled “The Czech Republic: 'Back' in Europe for 30 (15) Years”, Professor Allan drew upon sources such as the German philosopher Immanuel Kant, the hugely influential figure of the Czech National revival historian Frantíšek Palácký, Czechoslovakia’s first president T. G. Masaryk and others to describe the pillars and values encapsulated in the European project adopted by Western Europe after the utter destruction of the World War II. 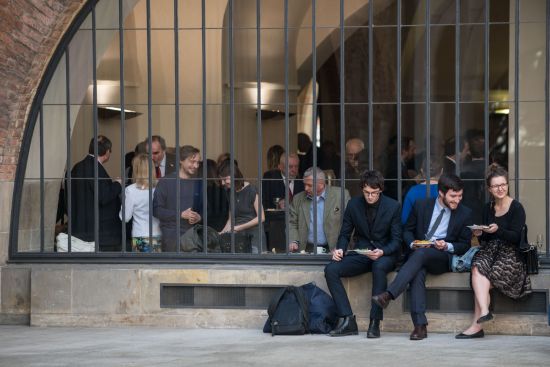 Dramatic turns in the professor’s own life (as the son of Czech parents who fled Czechoslovakia following the communist putsch of 1948 before eventually settling in Switzerland) echoed broader Czech history, political tragedy and upheaval. Delivering his lecture in Czech, Professor Allan spoke of universities safeguarding learning and freedom for future generations.

States could rise and fall, he maintained, but universities and the essential role they serve were steadfast and constant.