Charles University’s Institute for Language and Preparatory Studies (ÚJOP) in cooperation with the European Commission has held the 4th International Student Conference in Prague bringing together students of Czech and Translation Studies from both the Czech Republic and abroad.

Held at the institute’s headquarters at Prague’s Výtoň and at the European Union’s Prague House in the city centre, the conference was described as a key event by ÚJOP deputy director Dr. Dana Hůlková Nývltová when I met with her on the conference’s final day. 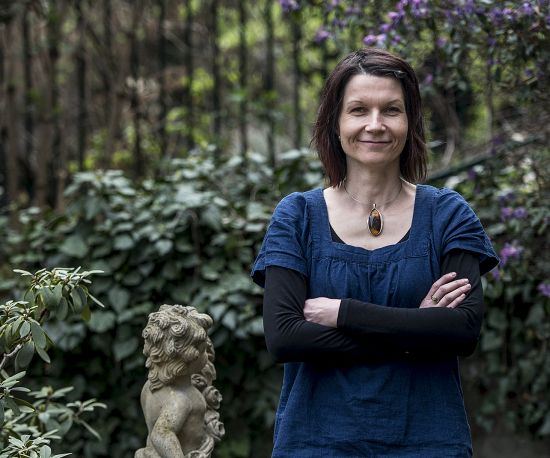 “I would definitely say it is one of the highlights of the year for our students at the institute and above all participants who signed up to take part and prepare presentations. It is now in its fourth year and the conference attracts not only students of Czech based here but also more and more students who have been learning the language abroad.”

What are some topics presenters discuss?

“Certainly a good number of students of Czech are interested in more than just the language and that informs their presentations: they speak about topics such as Czech literature or culture, cuisine, or Czech nature. Other presentations are more technical in nature such as medicine. Every year is a little different. But the main thing is, is that all material is presented in Czech, and participants how an opportunity to show how proficient they are or have become in the language itself.

“There are two basic areas. The first is more focussed on the Czech language as such, and the other is about fields of interest, from marketing to technical fields and more. A key component is also a competition ranking translations.”

Czech can be a fairly tricky language, I imagine...

“Sure. It is one thing is you are translating a fairly casual text and something altogether different if we are talking about translating literature. Generally speaking, there are some elements of the language which are tougher, whether we are talking about diminutives or ways of expressing emotions, those can be fairly complicated. This of course is trickier for someone who is only at an early level and has not been studying long.”

How much have things changed over the last four years?

“As far as the conference is concerned we really want to stress how big an event it has become. It is well-established now and deserves wider attention and interest. Originally, this was an internal event within ÚJOP as we have six locations or centres around the Czech Republic where we prepare applicants for Czech universities and offer intensive courses for Czech language learners. But it has grown. Originally, applicants interested in applying did so through one of the six centres and successful candidates were chosen in a first round selection process.

“Later, we expanded to include schools offering Czech Studies abroad, to increase the number of participants and to boost the conference’s profile as an international event. A lot of development went into the conference especially in the last two inceptions.”

This is a fairly packed two days. Do you remember any presentations which were exceptional?

“Yes of course. Last year there was a Chinese student who gave a very interesting presentation and spoke perfect Czech. She described in Czech the differences in various Chinese dialects and how they pertained to the written language. That was just amazing for everyone who saw it I think. That was a great example of translation and relationships between languages and structure.

“Chinese is very far removed from Czech so it was amazing how well she was able to explain the differences in Chinese in Czech. The presentation also had a very strong visual component and that also really helped. But the whole thing was really admirable I have to say.”