Having first travelled to the Altai Republic, a land in the middle of Siberia with wild landscape and idiosyncratic inhabitants, Mgr. Luděk Brož, M. Phil., Ph. D. was so enchanted by the genius loci and culture of the region that he abandoned his chemistry studies and became a social anthropologist. Altai is now his life’s passion, both scientific and personal. Now writing his doctoral thesis on the country from his base at the CU Faculty of Humanities, he also works at the Ethnological Institute of the Academy of Sciences of the Czech Republic and edits popular anthropology texts for the Sociologické nakladatelství publishers. 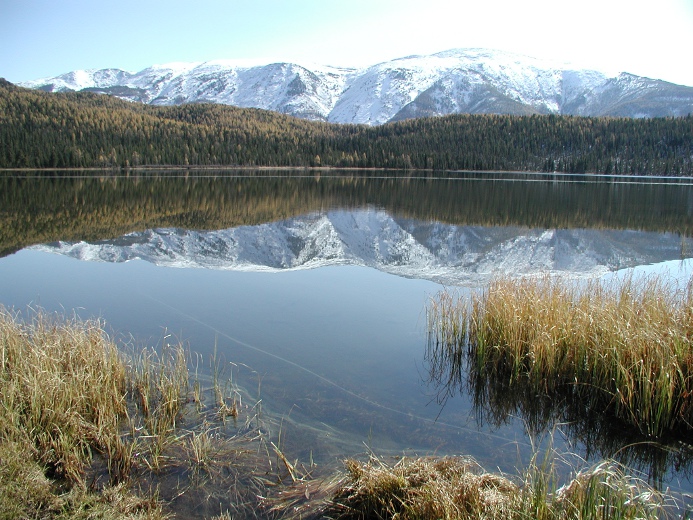 Could you introduce the focus of your scientific interest?

For many years now I have been working in the Altai Republic, which is a federal subject of the Russian Federation and the place where Russia borders Kazakhstan, China and Mongolia. Amongst other reasons, this region is interesting because it is there that, in the 1940s, archaeologists discovered, buried deep in the permafrost, preserved graves, approximately 2,500 years old, containing very well-preserved mummies and various other organic materials such as wood, skin and clothing. Together with a large collection of gold objects also found in the graves, these are now prized exhibits at the St. Petersburg Hermitage. Amongst the finds were also horses that had been sacrificed during the burial process. However, eyewitnesses say that village dogs ate pieces of the horses during the excavations. At the start of the 1990s, only about 100 kilometres away, archaeologists from Novosibirsk found more graves from the same culture. I found it peculiar that no major study had been carried out in a location of such archaeological significance. The locals I was in contact with didn’t want to hear about the archaeologists, and the archaeologists told me that they didn’t want to work in the area because they feared for their lives; apparently the locals drove them away with sticks. In addition to this, the authorities had passed laws making conditions very difficult for archaeological research, and they were completely banned from some areas of the country. I wanted to know why, which is how I came to study the topic that has occupied me for so long: the variability of local perceptions of archaeology and the causes of this. 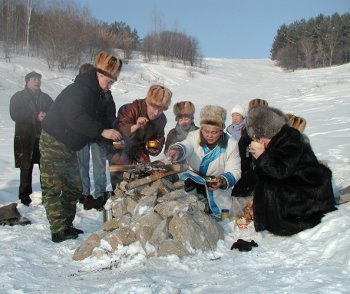 The people there have their own specific habits and beliefs about burial. Altais mostly only go to a grave for the burial, then seven to nine days, and then a year, afterwards, and that’s it. Furthermore the dead are buried one after another in cemeteries in the order they die, so you won’t find any family graves. From their point of view a grave is not, in short, a place you should regularly visit and reminisce at – quite the opposite, in fact. The Altais say that interfering with graves, including the older ones that the archaeologists are interested in, will only release dangerous forces. In their opinion, an essential part of every person is a certain, separable entity, called süne in the Altai language, which I mostly translate as ‘spirit-double’; when a person loses this, they remain incomplete and slowly edge towards death. There is a variety of ways a person can lose their süne, for example someone or something can take it away from them. And it is for precisely this reason that people are scared in relation to disturbing the peace of the dead. The way they see it, the archaeologists come, do their work, get paid for it and go away again; but the negative consequences of their actions are borne by the locals.

All of this plays out in a climate where Altai intellectuals, and indeed the whole local community has, in the past twenty years, been turning to its history as a certain kind of legitimisation or the survival and future of its own culture. Paradoxically, archaeology plays a somewhat schizophrenic role in all this: if you want to trace the history of a culture that was, essentially, not written until around the 17th century, archaeological sources are a crucial source for ideas about national identity. Thus the local intellectuals, on the one hand, use archaeological discoveries to demonstrate how sophisticated the inhabitants of Altai were two thousand years ago, but on the other hand, if they do not want to alienate the inhabitants of remote, rural regions, they must respond to the fears of archaeology, which manifests itself in concepts such the protection of cultural heritage.

However, a large number of the people that I work with are not interested in abstract cultural heritage, but in the fact that someone is harming them by excavating graves right next door to their village. Thus no small number of Altai blamed the major earthquake of 2003 on the archaeologists.

How are you accepted by the locals?

I went to the Altai Republic several times during my studies. The beginnings of my relationship to this place really started to develop during the summer of 1998, when I spent three months there. That was a really bad time because the rouble was being devalued, the locals didn’t have any money at all; they didn’t know how they were going to feed their children. Then I arrived imagining that I could work for my food while collecting data for my studies. However, I didn’t know how to behave in this situation. I just tried to work and not eat much (laughs). I worked in the forest; we built a whole house out of wood and then helped prepare the hay for winter. After working in the forest, scything seemed quite easy (laughs). The fact that, during this difficult period, I became involved with the normal life of the locals meant that I gained not only contacts, but also a certain amount of credit, which I still draw on. In 2004-2005 I then lived in one village for a whole year, gathering data for my dissertation and finally learning to speak Altai to a decent level. This was essential, because the study of a de facto bilingual population assumes a command of both languages, that is, Russian and Altai. 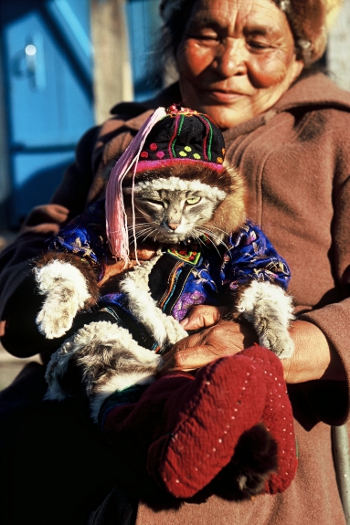 You received your doctorate from Cambridge. How difficult was it to be admitted to such a prestigious university?

Actually it wasn’t all that difficult – paradoxically, it was maybe easier than studying at a less prestigious British university, because at Cambridge they can help you with the financing of your studies. If they want you, they can help you find a variety of funds. All you have to do is go through the application process. I should also say that, at the time when I was applying to study there, the Czech Republic wasn’t yet a member of the European Union, so tuition fees for Czechs were much higher then than they are now.

And why did they want you in particular?

I had found my own future supervisor, Professor Caroline Humphrey, who was one of the first anthropologists from the West to travel to those parts of Siberia while the Soviet Union still existed, and wrote a major monograph about it. She was a massive influence on my work and also ensured that I found money for my studies at Cambridge.

After completing your postgraduate studies you moved to Germany, where you worked at the Max Planck Institute. What drew you to continue your scientific career in Germany?

I wanted to gather work, as well as study, experience. There was a vacancy at the Max Planck Institute; it was a good opportunity. I accepted it, with all the pros and cons that it entailed. I had to work on joint projects, which meant I had to put my own research on the backburner a bit; however, I learned a lot of new things and gathered enough material for another book – but first I’ll have to write the first one (laughs). Getting a post-doctorate grant from the Czech Grant Agency has now allowed me to return to the original topic of my scientific interest. Apart from my own monograph I am also preparing, together with my fellow anthropologists from abroad, a comparative study of suicide, a topic that has for years been underappreciated and neglected in anthropology. In the Altai Republic, however, I couldn’t avoid it, because the suicide rate is, unfortunately, very high and, according to many of the people I work with in the course of my research, partly because of archaeology.