The Twentieth Century in 52 000 autobiographical Narratives at CU

Malach Centre for Visual History is located at the Faculty of Mathematics and Physics of Charles University in Prague. The Centre provides local access to vast Visual History Archive of interviews with Holocaust witnesses and survivors. The archive is administered by the Shoah Foundation at the University of Southern California and fully accessible through an on-line interface. Almost 52 000 interviews have been conducted between 1994 and 2000 in 56 countries and 32 languages. From 2013, Malach CVH also makes it possible to access the Refugee Voices archive, which consists of 150 filmed interviews in English collected after 2003 by the British Association of Jewish Refugees.

Interviewees speak about their childhood, the time before World War II, their war-related experiences and also life after the war. The archives are thus a valuable collection of numerous individual memories of the entire 20th century in a global context. However, the narratives offer much more than a source of historical information. The USC Shoah Foundation’s Visual History Archive has already been used worldwide in many different scientific fields including psychology, linguistics, sociology, anthropology and more. Oral history archives are providing an interdisciplinary resource based on historical experiences. The unique material is being used in new development of testimony-collecting methodology, in the newly emerging field of memory studies, high school education of ‘visual history’ and new media literacies, psychological research into personal trauma, etc. 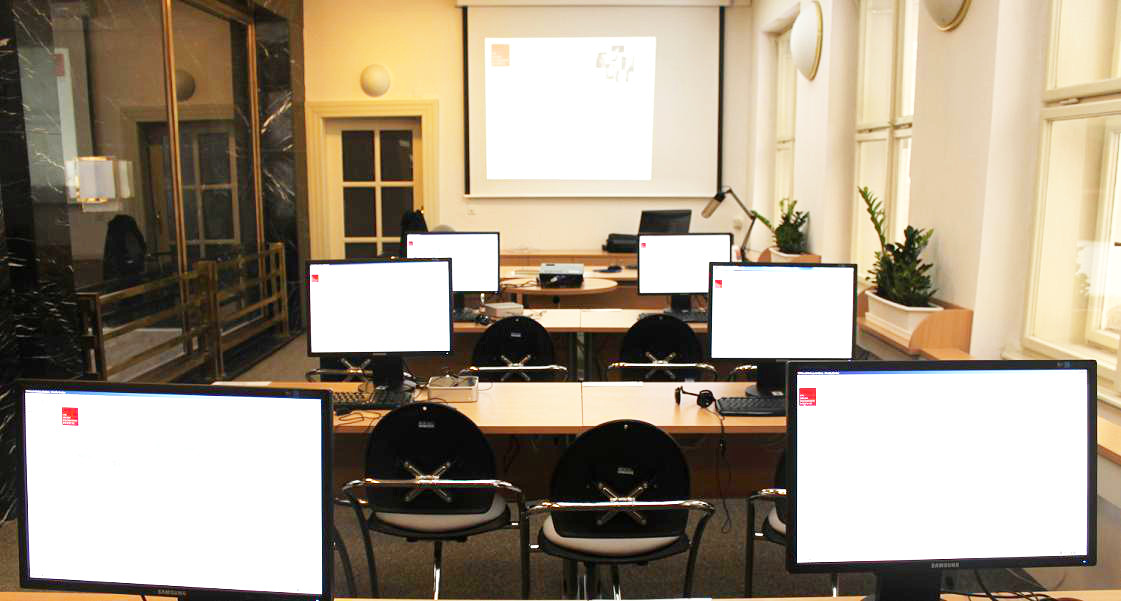 When the collection of the USC Shoah Foundation was initiated, the Institute’s intent was to secure the personal life histories of the survivors and witnesses of the Holocaust. To preserve their narratives in perpetuity, and use the testimonies to further educate people about the Holocaust. Once the Foundation completed the collection phase, and cataloguing and indexing commenced, it became apparent just how deep and far-reaching the opportunities for education, research, and scholarship really were. However, an audio-visual archive of this size and complexity had not existed before; so there was no obvious precedent to follow. 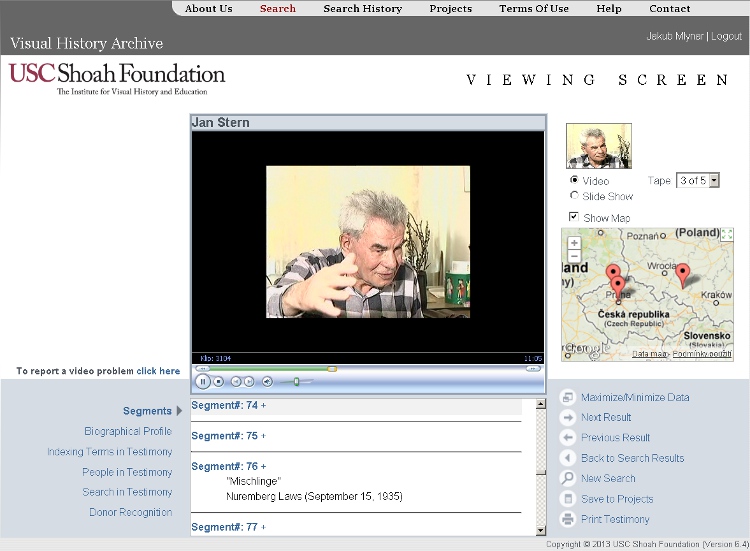 The origins of the project date back almost twenty years. In 1994, Survivors of Shoah Visual History Foundation was established by Steven Spielberg to collect and preserve the testimonies of survivors and other witnesses of the Holocaust. The foundation conducted interviews with Jewish survivors, Roma and Sinti survivors, liberators, survivors of the eugenics policies, political prisoners, aid providers, homosexual survivors, war crimes trials participants, etc.

After collecting nearly 52 000 testimonies in 32 languages, the Shoah Foundation was reorganized to direct its efforts toward a new educational mission: to overcome prejudice, intolerance, and bigotry – and the suffering they cause – through the educational use of the Foundation’s visual history testimonies. Since then, the focus shifted to active dissemination of testimonies in the Archive for educational purposes by creating educational products and programs directed to middle and high school-age students, and those in higher education. Providing digital access to the testimonies by partnering with educational organizations and institutions worldwide has become a priority.

The USC Shoah Foundation Institute has several ways to integrate new material. It has its own collection projects, where new material is being collected in the field. It also has the ability to ingest existing collections. These could include Holocaust collections held by other institutions – and which require digitization, digital preservation, cataloguing, or indexing – or they could also be collections from other geographical regions, such as Armenia, Cambodia, Rwanda, and Darfur, where others have existing collections that require management and dissemination. The Institute can also work with third parties to provide technical, methodological, or process support. In the near future, opportunities for comparative genocide research using the Visual History Archive will increase, as the included collections will provide additional testimonies from a number of different genocides. The Institute will endeavor to engage with interested colleagues, to understand better what collections might be incorporated and what areas of interest are most appropriate to scholars and teaching faculty in this field. 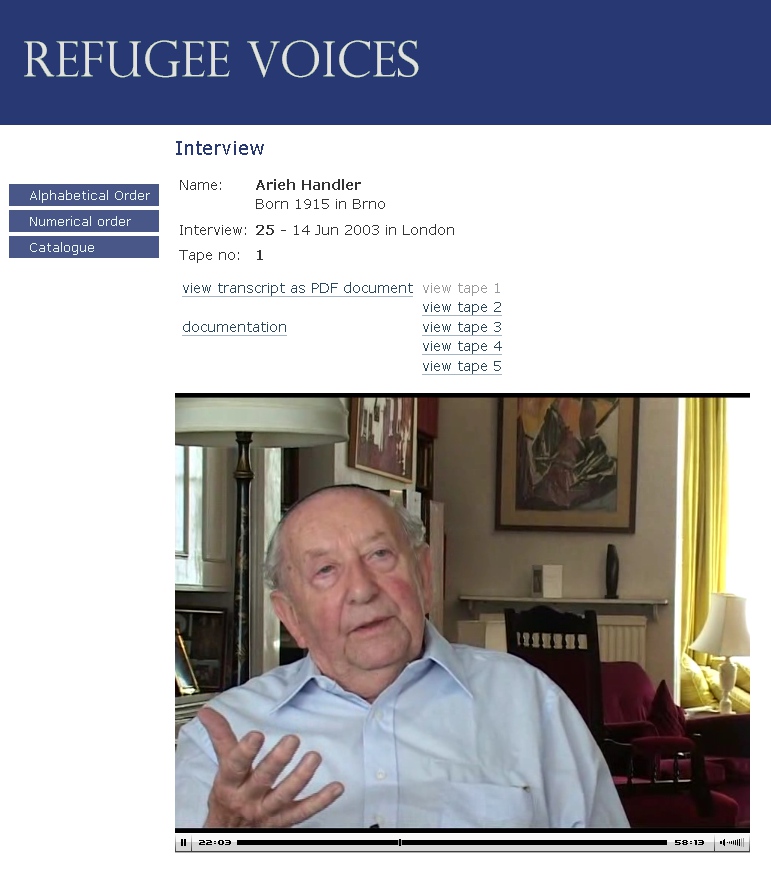 Refugee Voices is a collection of 150 filmed interviews with Jewish survivors and refugees from Nazism who rebuilt their lives in Great Britain. It was commissioned by the Association of Jewish Refugees, with Dr Anthony Grenville and Dr Bea Lewkowicz directing the project. The collection consists of more than 450 hours of film and forms an invaluable resource for academics, researchers, educationalists and others with a professional interest in the field of refugee, migration and Holocaust studies. The collection has been designed precisely with the requirements of scholars and other professionals in mind. Refugee Voices archive is available at the Malach Centre from February 2013.

All interviews have been fully transcribed and catalogued enabling a researcher to be able to see an interview and then to read a transcript of the words spoken in it, or vice versa. For ease of reference, both the films and the transcripts are time-coded, making it possible to locate specific passages with minimum effort.

Accompanying the collection is a comprehensive database, containing an index of the interviews and details of the interviewees and their life stories. The interviews have been catalogued with 44 separate categories including place of birth, parents' details, manner of emigration, prisons/camps and profession. This provides a wealth of information to researchers, who can easily locate information relevant to a multitude of specific areas of interest, such as Kindertransport, domestic servants and internment on the Isle of Man as well as interviewees from specific places such as Berlin and Vienna. Each interview is accompanied by still shots of photos of family members and friends, places of importance for the interviewee and of other items or documents of special significance in the interviewee's life. These filmed photographs, artifacts, and documents provide a rich source of images for educational or documentary purposes.

In addition to exploring the contribution to Britain made by the refugees, the interviews cover the wide range of experiences of survivors including, amongst others, an interview with a survivor smuggled to safety from Denmark to Sweden, an interview with a woman who was 'exchanged' from Bergen Belsen to Switzerland and an interview with the last person alive today who was present at the signing of the Israeli Declaration of Independence. The archive also features interviews with survivors who have rarely spoken about their experiences.

Both Visual History Archive (with the 52 000 autobiographical interviews in many languages) and Refugee Voices (with 150 English narrative interviews) are available at the Malach CVH. Six separate computer work-stations are ready in the Library of the Faculty of Mathematics and Physics of Charles University on Malostranské náměstí 25, Praha 1 (Lesser Town Square, Prague 1). Anyone interested from the academy as well as the general public are welcome, you just have to register and create your user account. The user interface is easy to work with, but still sophisticated enough for the research purposes. We will gladly assist you during the research work. Visit the Malach CVH during our opening hours (every workday except Monday), contact us via e-mail or find more information on our website. 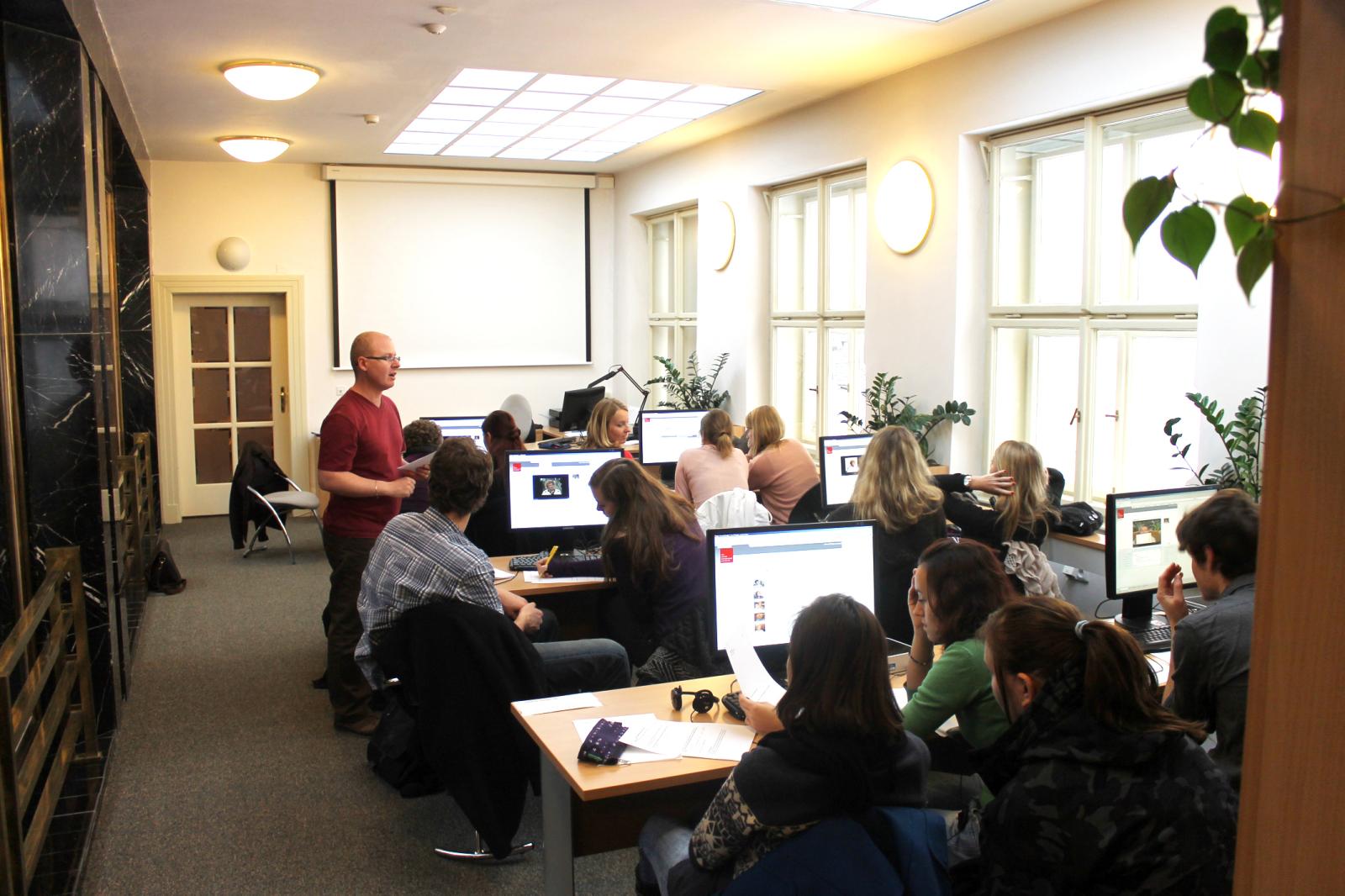