TESS, the Transiting Exoplanet Survey Satellite operated by NASA, has been searching the sky for exoplanets outside our solar system since 2018. The space telescope had notched up important successes already but the latest sensation, reported last month was the discovery of a unique six-star system 1,900 light years away. Charles University’s Petr Zasche was part of an international team that will publish their findings in The Astronomical Journal. 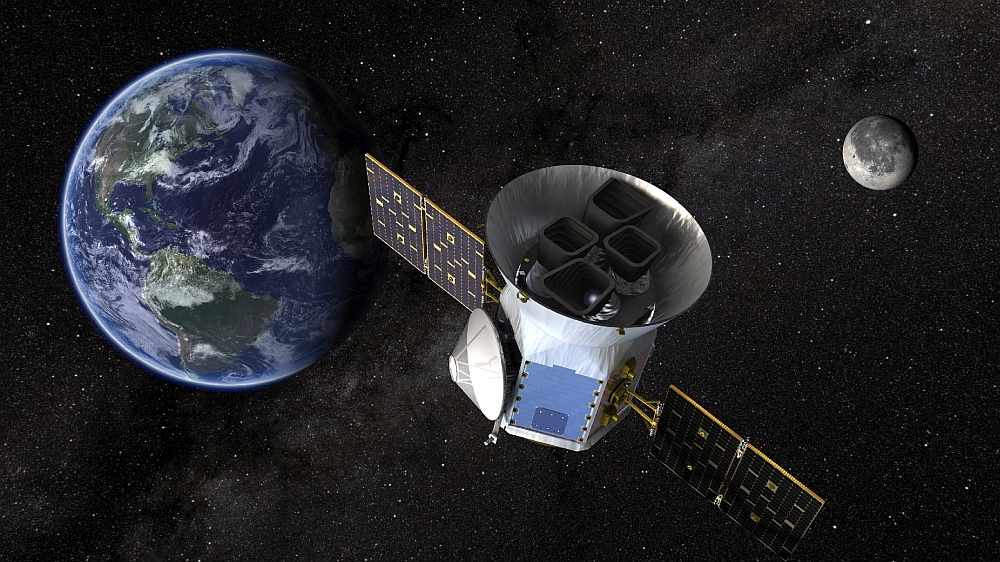 A visualisation of the Transiting Exoplanet Survey Satellite (TESS), which discovered the remarkable new system. (NASA.gov)

A sky full of stars

The latest discovery was described by Physics World as the equivalent of “striking gold” for astronomers: while other six-star systems are known, this one is unique, the only system where all six stars undergo eclipses. The New York Times compared the system, named TIC 168789840, to a “stellar dance troupe”, describing how the three pairs of binary stars “revolved around three different centres of mass while remaining gravitationally bound to one another and circling the galactic centre as a single star system.” 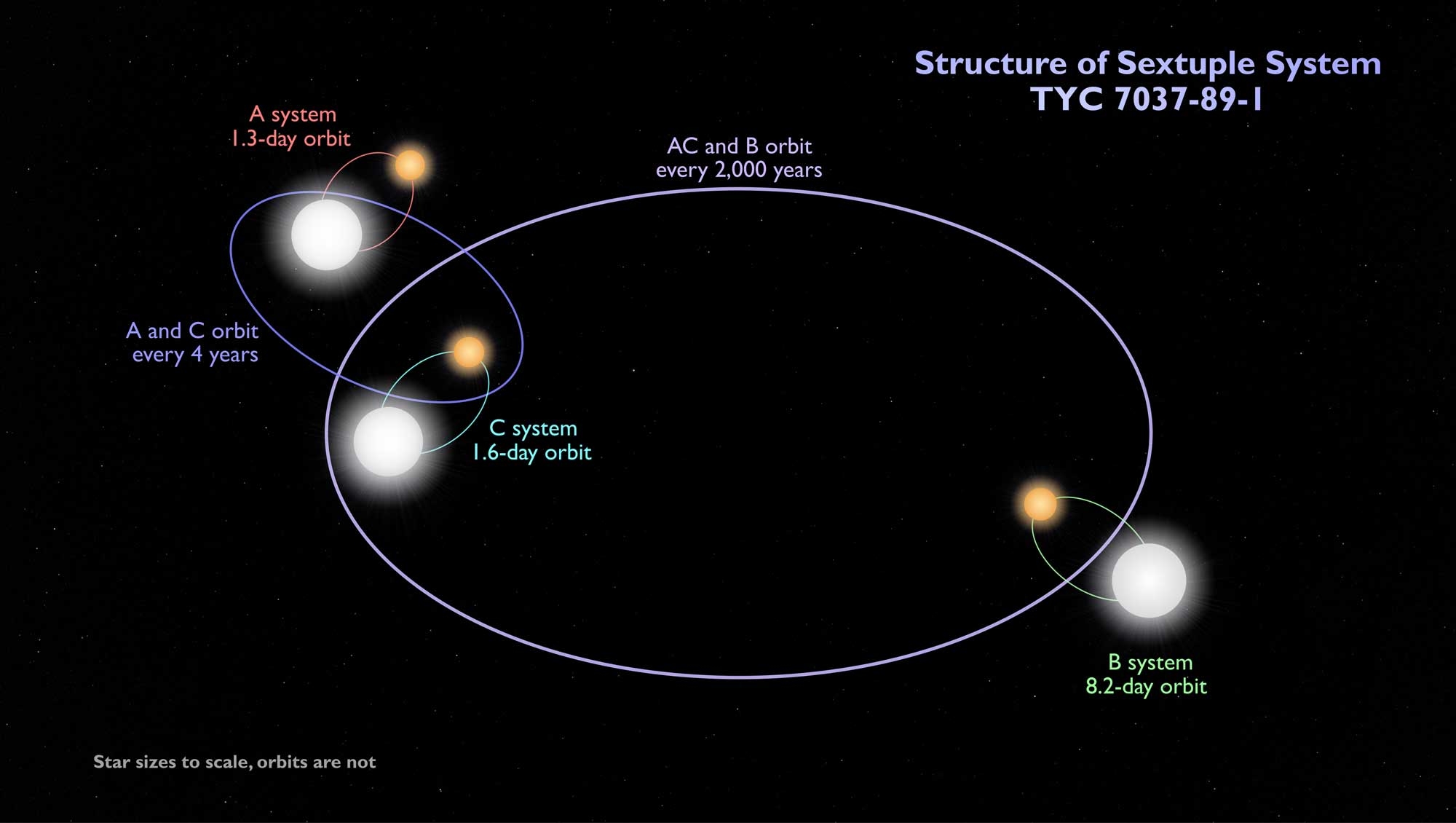 The description left many dreaming of what the celestial dance would look like from a nearby orbiting planet, a la Tatoine’s two suns on the horizon in the Star Wars saga, but even more astonishing given the play of four additional nearby stars.

“Imagine what that would be like on a nearby orbiting planet to see the six suns rise and set and see the whole celestial dance,” says astronomer and co-author of the study Petr Zasche from the Faculty of Mathematics and Physics at Charles University.

“In the entire sky, there are only 17 sextuplet systems which are gravitationally bound together, that we know about nowadays. You have to consider that 15 years ago we knew nothing about this kind of systems. It was only in 2008 that the first doubly-eclipsing stellar system was discovered. Today, we know of several dozens.” 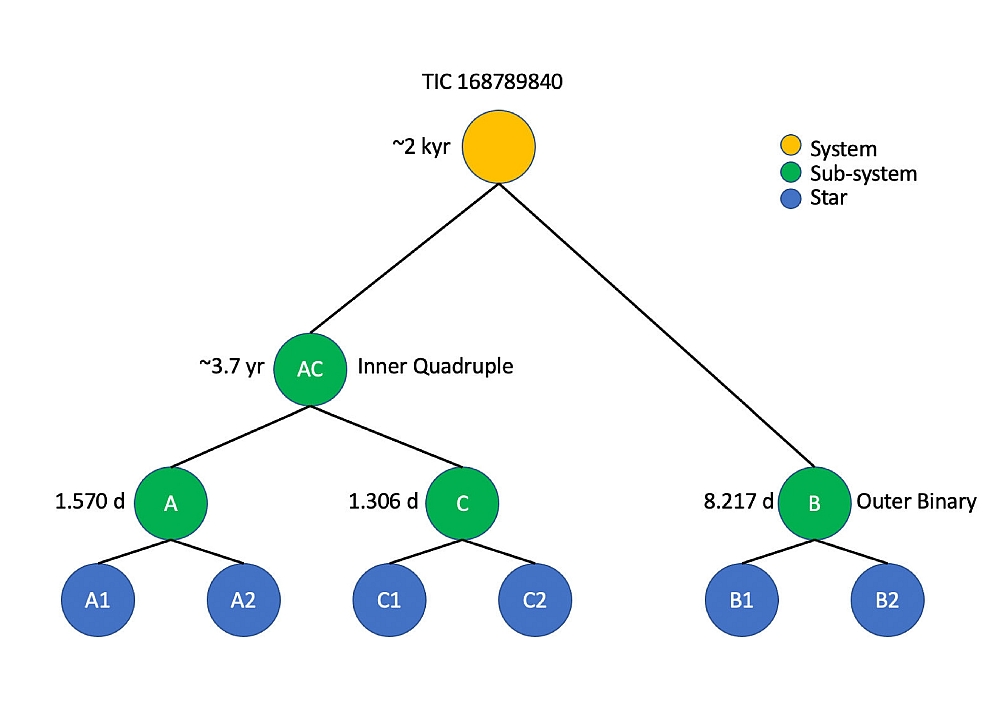 NASA’s Brian P. Powell, who co-designed the neural networks used by TESS, told the New York Times it was “mind-blowing that such a system even existed”; it is no less remarkable that such a unique system should fall within TESS’s line of sight and from the perspective of the Earth. LiveScience wrote that TIC 168789840's stars orbiting on a plane that lined up perfectly with Earth was a “stroke of luck”, writing “every time one of the stars passes another, it creates an eclipse that is visible to Earth's telescopes.”

Along with the agency’s own Brian P. Powell and Veselin Kostov, NASA lists Petr Zasche among the central figures who helped discover TIC 168789840. Others include MIT’s Saul Rappaport, the University of Szeged’s Tamás Borkovits and Andrej Tokovinin of the Cerro Tololo Inter-American Observatory in Chile. Zasche was nevertheless an integral part of the six-member team that looked at, analysed and interpreted swaths of data continually over a half-year period where they communicated through hundreds and hundreds of emails. Not even the continuing pandemic put a dent in their work, he says.

“The coronavirus had practically no impact given the project was truly international. There was no way we would have been able to meet in person [even under normal circumstances] and the extended number of contributors involved in the study is more than 50. 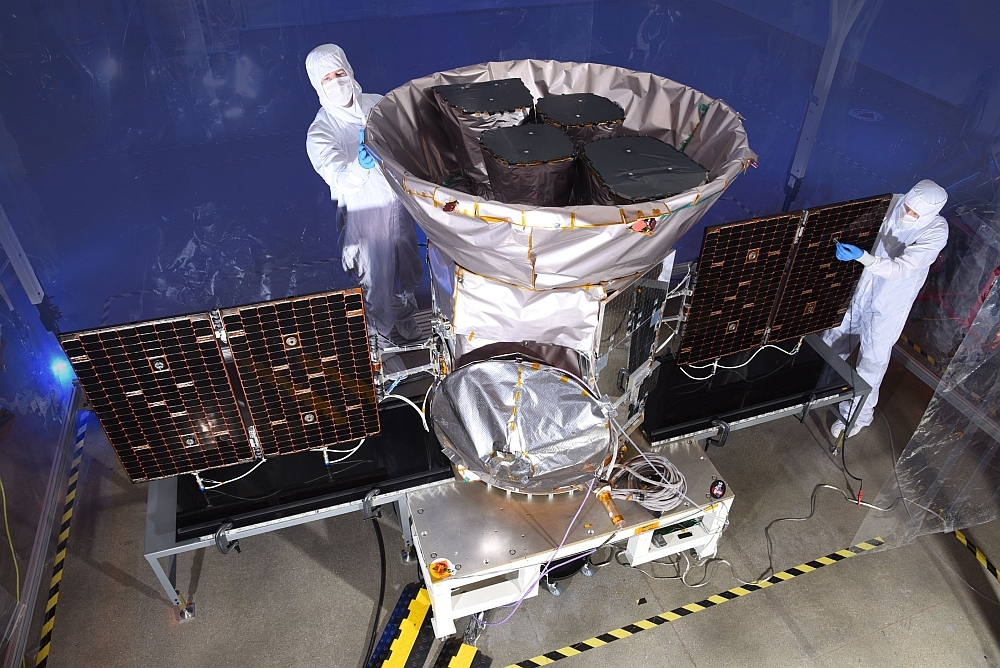 Zasche may have come in later on the project – when the significance of the find was no longer in doubt – but his contribution was essential and pinned down key information about the six-star system.

“I independently analysed the light curves of all three binaries as the stars eclipse each other, and determined that the pairs labelled A and C orbit each other, while the B pair is more distant. Before then, the structure of the system was not clear from the available data.”

He invited colleague and fellow Czech Martin Mašek from the Czech Academy of Sciences’ Institute of Physics, to come in on the project (becoming one of the co-authors). Two Czechs were thus involved in what is less than an extraordinary undertaking: the discovery of an eclipsing sextuple star system.