The Carpathian Mountains, ranging across seven countries including neighbouring Slovakia, are often considered one of the last areas of true wilderness in Central Europe, and for zoologist, microbiologist and ecologist Pavel Hulva they are something like a second home. Hulva has a cottage in the Beskydy foothills which serves as a nearby base camp from which to set out. When not heading east, Hulva visits plenty of locations in the Czech Republic, including the Czech-Moravian highlands, in his genetic research and analysis of wolf packs. 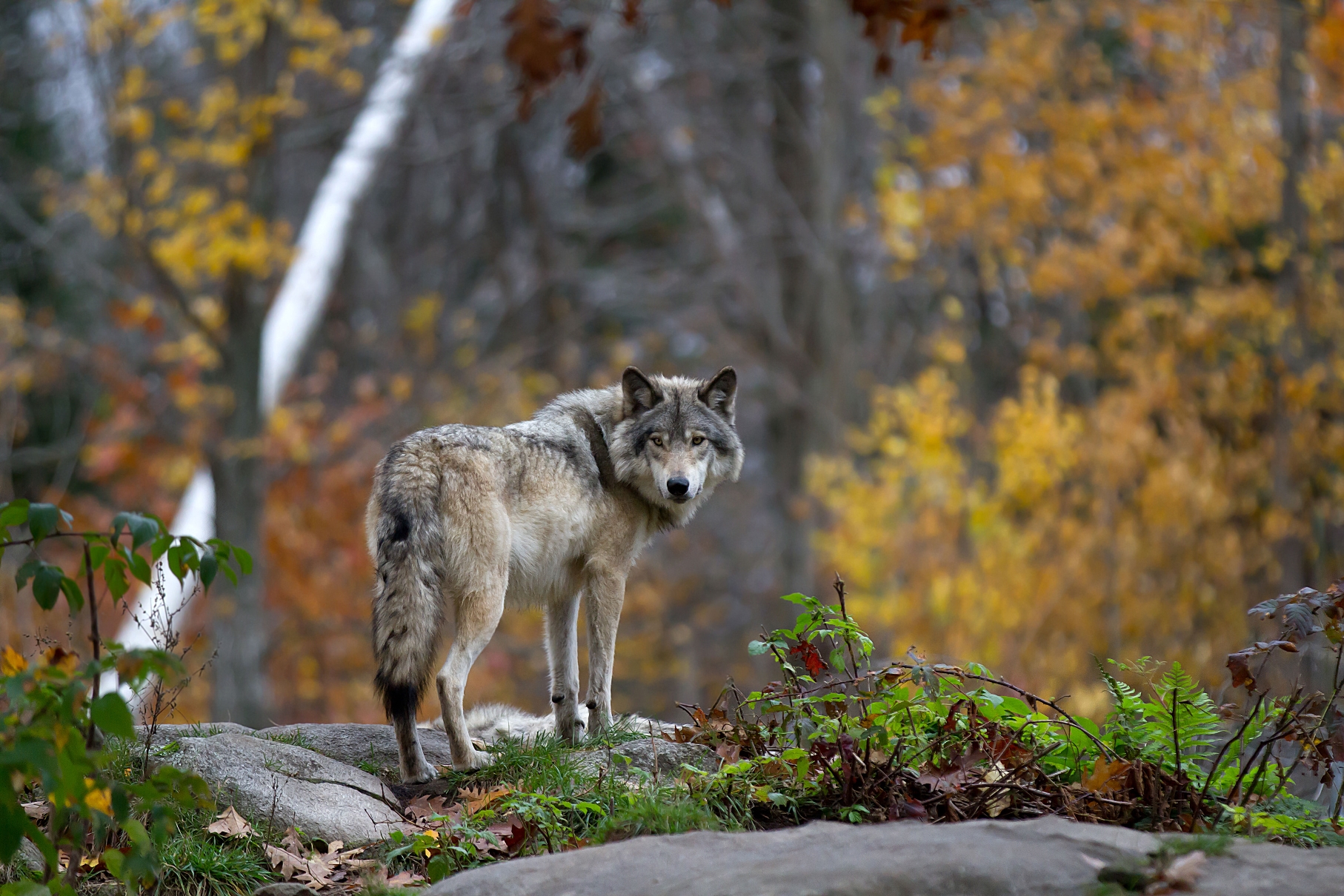 As you can tell from the photo below, he has a spirit for adventure that has taken him far from home to camping under canopies in tropical rain forests. With the scientist so often on the move, we thought it would be hard to track him down, but everything came together with a survey of predators at the Protected Landscape Area in Beskydy (on the border with Slovakia). It was time for Forum Magazine to set out on the wolf trail. 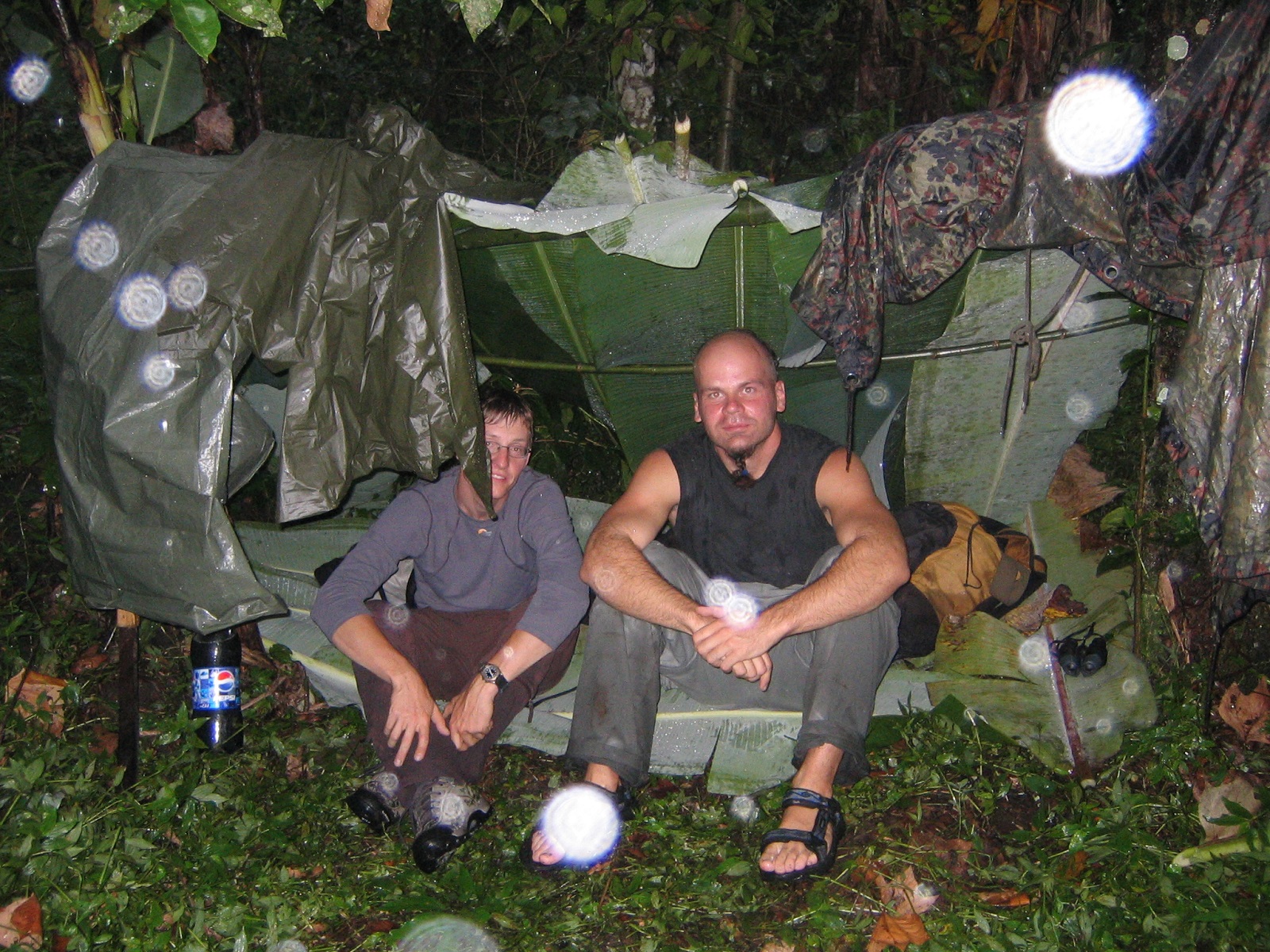 Monitoring in 2019/2020 revealed that there are some 22 wolf territories (some of them at least partially) in the Czech Republic. Nineteen of them are located in border areas, some of them barely crossing the edge into the country, some of them, 14, located within, used by packs counting four to six members. Since 2019, the number of territories rose by four, while the number of packs rose by one. Hulva told Forum Magazine more.

How difficult is it for scientists to “convince” the broader public that wolves are not a threat like they were in the past? Or even in the classic fairy tale Little Red Riding Hood?

Given that we are part of the developed world, I’d say most of us have left “medieval” biases behind and that our relationship to predators like wolves and other animals is now firmly rooted in modern science and wolves are accepted as a part of our fauna. Little Red Riding Hood, though, is a little more complicated: similar stories about the role of animals with magical powers exist across different cultures in Eurasia and even Africa. There is an interesting paper (The Phylogeny of Little Red Riding Hood, J. J. Tehrani, 2013) that suggests the story predates the wolf’s role as a villan. In short, the wolf is a convenient object for the projection of the collective shadow in Jungian terms, but also a necessary phase on the road to realisation. In that sense, the wolf hasn’t fully won us over or escaped preconceptions.

[There are other conflicts as well]: the clash between wolves and shepherds, but there the state offers 100 percent compensation for damage done. Millions are spent to fix negligible damage which is marginal compared to bigger crises in eco systems and the threat of ecosystem collapses, tied to human interaction. Edward O. Wilson sums it up brilliantly: “The real problem of humanity is the following: we have paleolithic emotions; medieval institutions; and god-like technology.“ I would say that our emotions regarding wolves go back even further and are pre-paleolithic, before the genus Homo, when large predators represented a daily existential threat. The development of ranged weapons and firearms turned everything around: large predators that survived to this day in the Anthropocene have a deep ingrained fear of humans. The fear of wolves, on our part, represents a kind of evolutionary atavism.

By comparison, dogs represent a kind of wolf that has adapted to the human society and throughout the evolutionary process adapted behaviour in a way that simplifies communication with us. Examples are barking, communication through the eyes, tail wagging and so on. These adaptations, including juvenilisation or neoteny, make this humanised wolf more acceptable in the western world and an easier partner than the dog’s wild counterpart. But even there, a lot depends on individual cultures: in the Middle East, dogs are viewed rather negatively and in the Far East dog meat is consumed. But the wolf, by comparison, is viewed positively by many as being noble and courageous. The demonization of the animal is more related to pastoral religion whereas the previous animism made the wolf god-like. 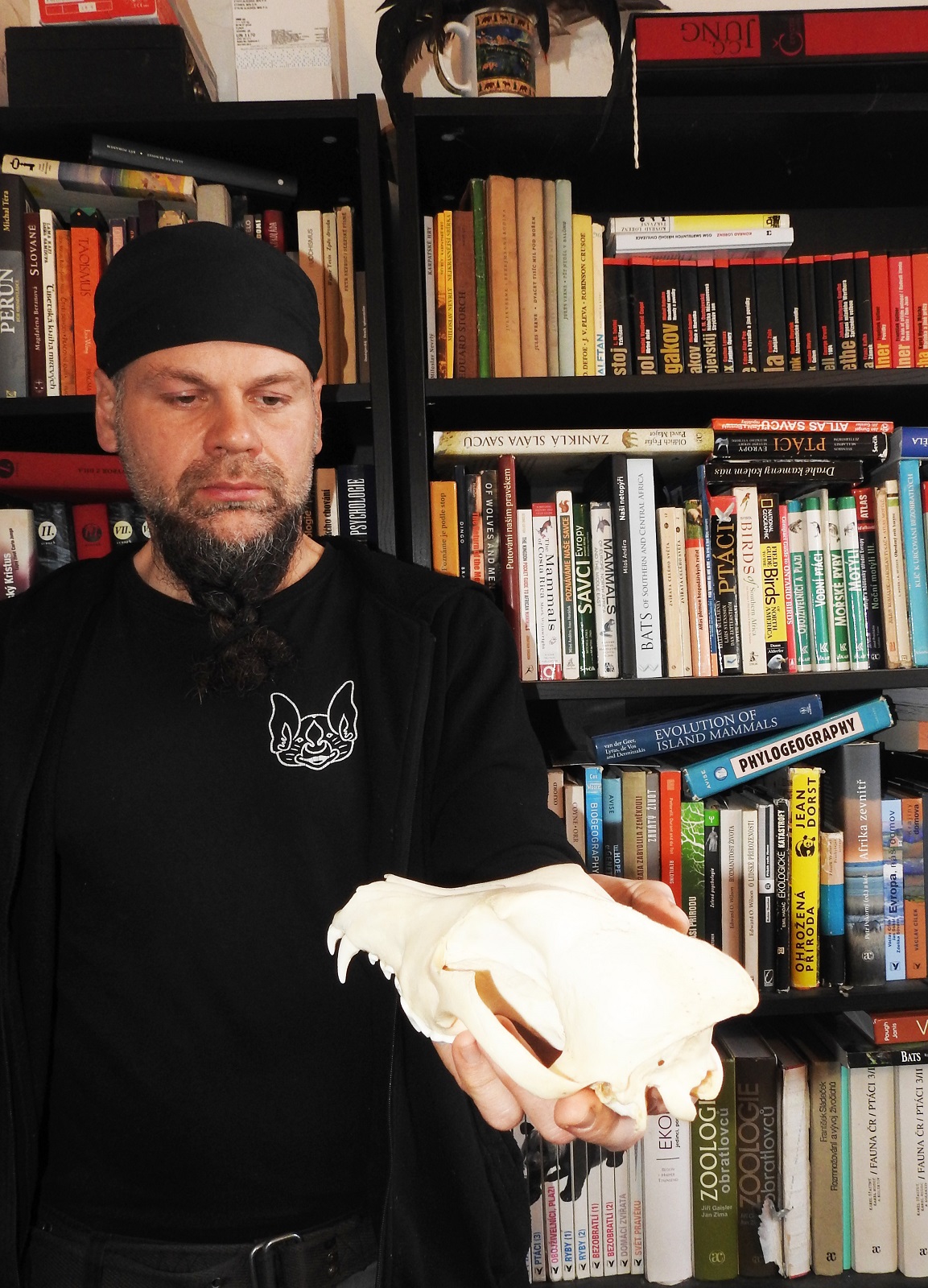 Here and there we see stories in the media about a herd of domesticated farm animals being attacked by a wolf: why do wolves actually attack domestic animals as opposed to hunting wild prey? They are hunters after all.

I think that most such cases it comes down to basic statistics. A lot of people live inside the illusion that somewhere just over the hills wild nature and wilderness exists unimpeded. The fact of the matter is, the biomass carbon of all wild animals is only a few percent compared to human beings and domesticated animals – they are far outnumbered. Research has shown that the number of domesticated hoofed animals consumed by wolves is low, only a few percent; wolves far prefer hunting down wild boars and hares, and deer, often overpopulated. Wolves are social predators, they hunt in packs, and poaching can lead to packs picking easier targets. If a poacher takes down a wolf, that family of wolves will be hamstrung and at a disadvantage, and may be forced to seek easier prey.

How did you begin researching wolves?

I specialised in genetic engineering but I was always drawn to animals and evolution so around the start of the century I got into molecular phylogenics and evolution within the study of zoology. Our work group today is focused on evolutionary genetics, molecular ecology, and conservationist biogeography of mammals especially those that are very mobile like bats, predatory mammals, hoofed mammals and cetaceans. We also focus on insect-eaters. The line mentioned forms a single branch on the evolutionary tree, called Laurasiatheria. We try to connect genetic data about these animals with information about their habitat, its development and changes in the past and today.

You have focused a great deal on the population of so-called Carpathian wolves. Is that because they boast unique genetic attributes and a history going back to the last Ice Age?

From a biogeographic perspective the Carpathians are an “island” – a boreal forest biome in the middle of Europe where nature has been largely preserved due to the high elevation above sea level. It is romantic, I have childhood memories associated with the Carpathian Mountains and so on. But reality is a little harsher than soft-edged children’s dreams about the wilderness, so we are doing what we can to preserve nature in this unique region which, at present, is threatened by harmful forest management, the introduction of new infrastructure and so on. The Carpathian wolf population is, without a doubt, extremely scientifically interesting. At present we are working extensively with the State Nature Conservancy of the Slovak Republic and paying close attention to the genetics of beasts of prey in the western Carpathians.

The spring always see wolves on the move – young wolves are often killed crossing the road. Is there anything that can be done to prevent it?

It’s – again - a question of statistics. The more that their population increases, the more we shall see such deaths. But we certainly can learn and use wolves to spearhead wildlife conservation or as a symbol for the many species of wildlife killed by oncoming traffic. The ecological concept of rewilding is often introduced with the three “C”s: Cores, Corridors, Carnivores. Besides laying out protected conservation areas it is also important to conserve passability and landscape connectvity, to use evidence-based planning when it comes to construction of artificial barriers, as well as to introduce elements that can help animals cross barriers such as ecoducts, estacades and so on. 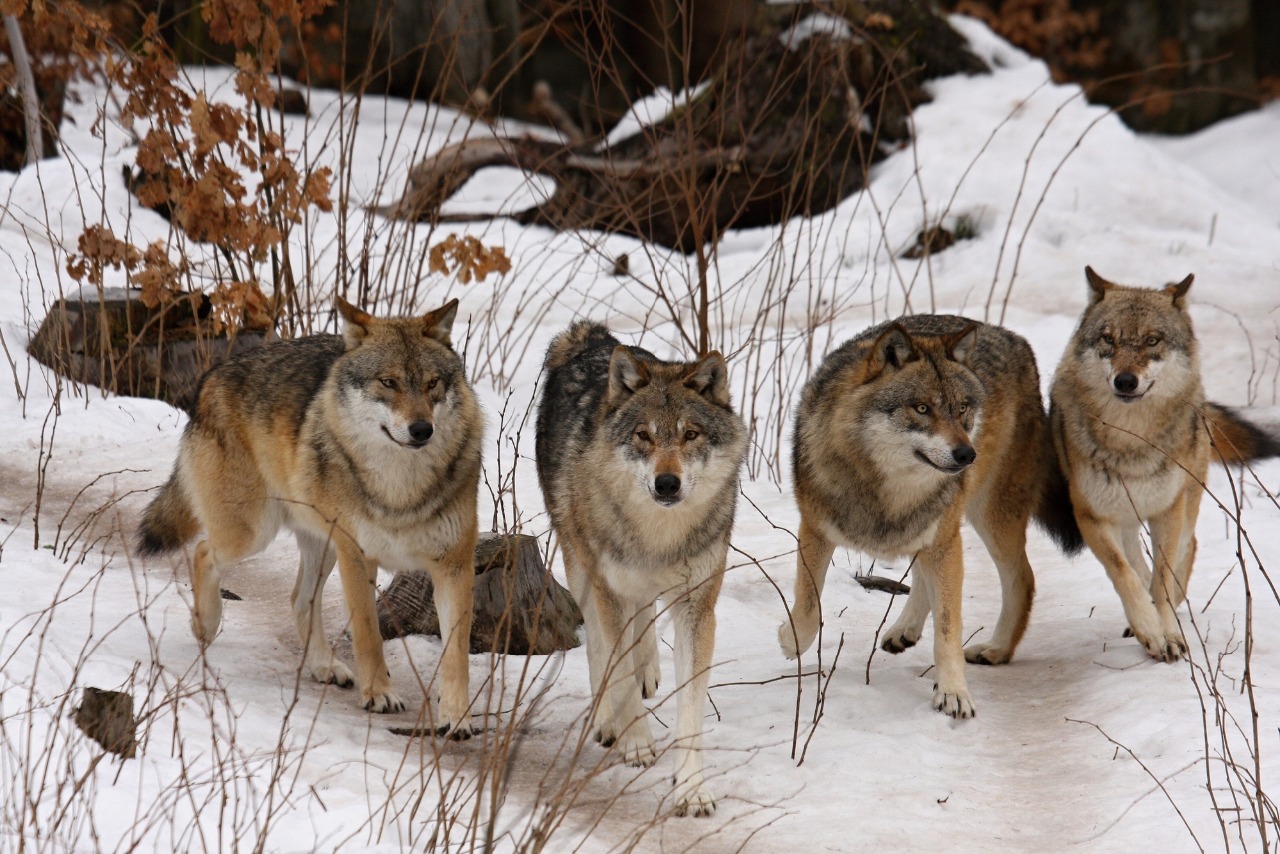 You have a pretty good idea of what our wolf population here and in Slovakia looks like thanks to analysis each year of DNA samples: how well off are wolves here, as well as in Europe, today?

For sure what we have seen over the last decade in Europe is a certain regeneration of predatory mammals, which is fairly unique from a global perspective. Factors that have contributed to the rejuvenation of populations have not yet been fully described, and we are doing our best to do our part. Things that are likely to have played a role include changes in the countryside or landscape. These can differ from intense agricultural activity to the abandoning of other areas left to nature and the return of forests; it is also the work of ecologists and nature conservationists and a change in attitudes from locals who view the animals more positively and don’t intervene.

It is notable that our country, given its location in Central Europe, serves as a kind of genetic crossroads so we see a mix of different populations, from central European lowland populations in parts of the country to Carpathian packs in parts of Moravia and Silesia. We regularly compare our results within an international consortium bringing data from different countries and try to pinpoint trends and describe population biology within existing paradigms, all within a larger framework of conservation and wildlife protection, a wolf management programme under the auspices of the Ministry of the Environment. 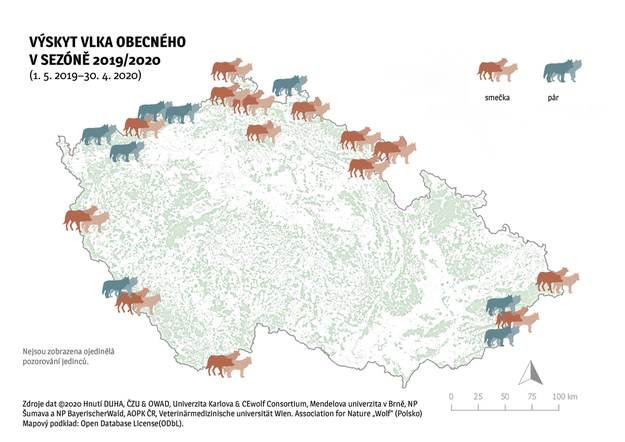 How many wolf packs are there in the Czech Republic? I’ve heard the number 22 mentioned…

Together with colleagues, we recently publically released information about the 2019/2020 season, measured beginning 1 May and ending on 30 April of the next year, a period which better reflects the wolf’s reproduction cycle than a regular calendar year. During this period, we registered 22 territories where packs were active, many of them crossing over in border areas in mountainous or hilly areas that are sparsely populated by people: geomorphologically, our country is in in a basin or an impact crater, so the wolves stick to the higher ground in the mountains around us. While those are sparsely populated areas, the return of the wolf is emotionally intense, perhaps more so, due to the history and psychological background we discussed at the beginning about how wolves were perceived in the past. 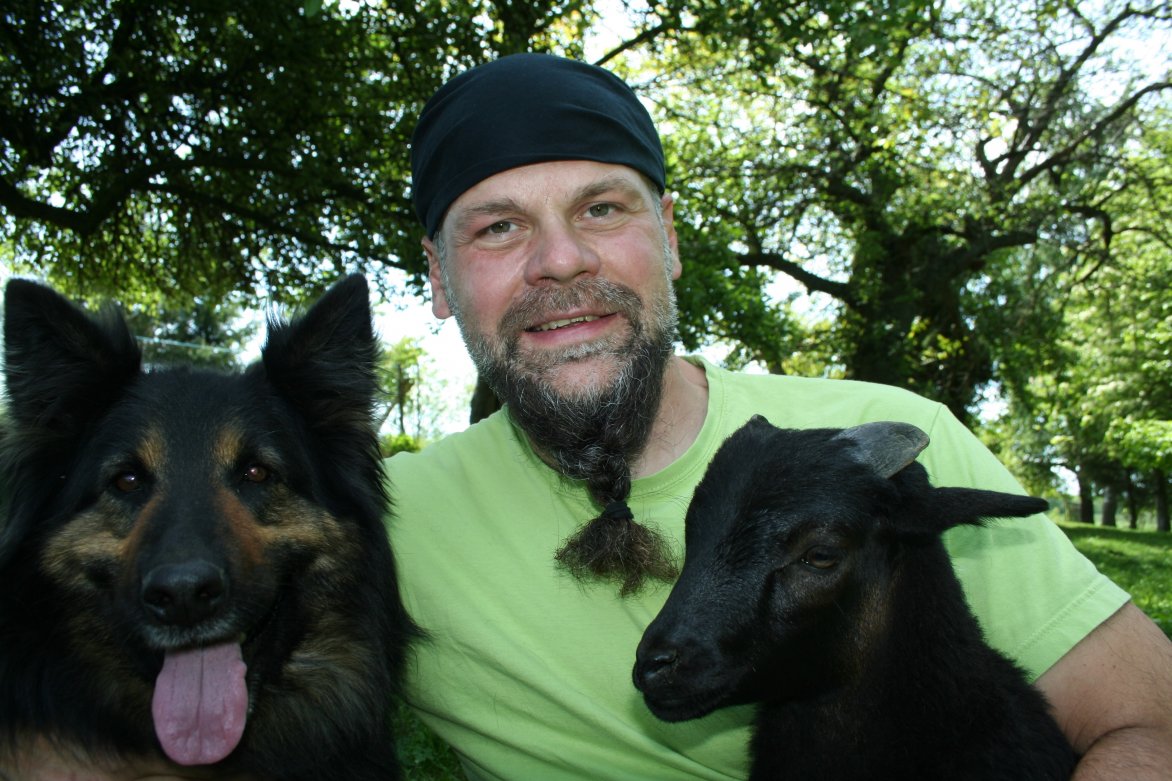