Last month, on April 1, 2021, the rectors of the 4EU+ Alliance established a new legal entity. The association, based in Heidelberg, aims to strengthen cooperation among all six research-intensive universities, says Charles University’s Vice-Rector for European Affairs Lenka Rovná.

The 4EU+ Alliance is mentioned a lot but many people at Charles University, including students, don’t really know enough. How would you describe the alliance, for example, to a first year student of medicine? 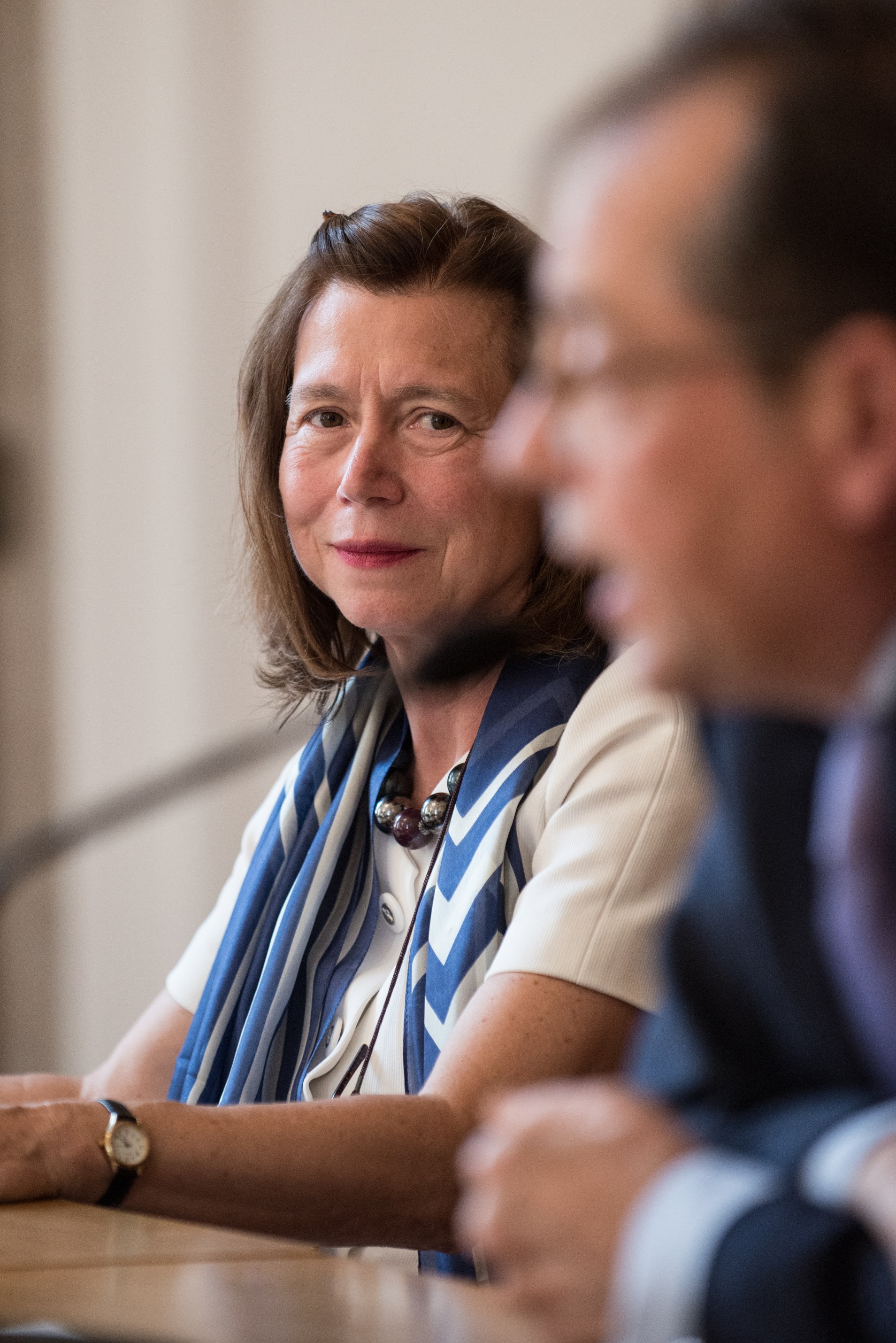 University-level education is going through big changes in Europe, and there are many European projects effecting change, from digitalisation to full access to educational programmes, greater mobility on the part of students and academics, shared scientific research and infrastructure, as well as shared best practices. Cooperation in science is a lot easier but in education there are still many hurdles that need to be overcome: when it comes to credit recognition not all universities are the same, nor do individual universities all have streamlined legislation allowing shared study programmes.

So the alliance is meant to help, to provide a framework for close integration. When did the idea to found the alliance emerge?

Do you have an analogy describing the formation of such an alliance?

Personally, I’d compare it to the European integration process as a whole. We can achieve much more together than we ever could on our own, whether we are talking about the mobility of students, researchers, academic workers within innovative educational programmes or the creation of new ones, and we can learn together. As we speak numerous educational programmes are already underway: 52 teams signed up in the first wave within our innovative programmes, and an additional 47 in the second (which are now being evaluated). This semester the alliance offered 259 courses which saw registration by 487 attendees. There was also mini-grants – seed money – awarded three times to scientific projects worth five million crowns each (the equivalent of around 195,000 euros, each).

If I was a student or PhD student at one of Charles University’s five medical faculties, what opportunities might 4EU+ offer?

Our partner universities in Copenhagen, Paris, Heidelberg and Milan all have excellent medical faculties. The University of Warsaw does not have a medcial faculty, but is part of a confederation which does, so even there, there are possibilities. Students can sign up for courses on offer, take part in summer school programmes, spend part of their studies at universities within the alliance, gradually join research teams, and take part in shared student activities or self-regulation.

Last November the University of Copenhagen oversaw the first 4EU+ Urban Health Case Challenge which brought together students from various fields to present innovative ideas to overcome the negative effects of continuing pandemic restrictions. Similar opportunities for students to join forces in concrete projects will continue to grow in the future. 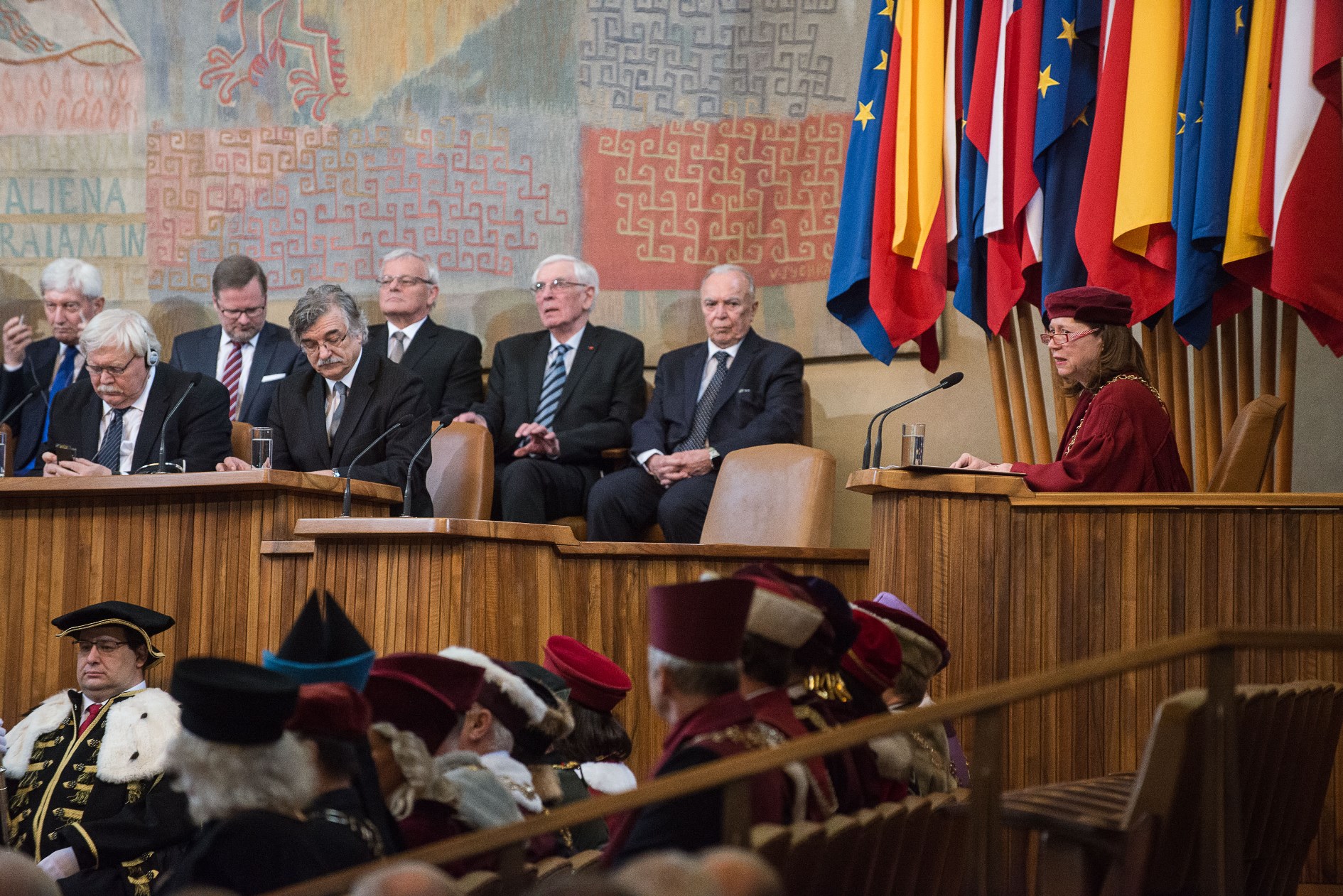 The Vice-Rector for European Affairs Lenka Rovná delivers an address at the Carolinum's Great Hall at Charles University.

What about if I’m a scientist, what kind of opportunities for cooperation are available within the 4EU+ Alliance?

Along with the University of Warsaw, Charles University is among the most active when it comes to cooperating on scientific and educational projects. This is evident from 4EU+’s First Call Project List [Editor’s note: which includes research of epilepsy, smart cities with aging populations, migration, critical thinking during the Covid crisis and more]. Teams can cooperate within four flagship programmes. The system makes it easier to connect with colleagues and to cooperate as well as to prepare applications for international grants.

Several projects from the faculty got backing that I could mention including Memory studies, where colleagues from all six universities are preparing a common Masters programme. At Charles University, the project is headed by Kateřina Králová. The project on migration is headed by Associate Professor Zdeňek Uherek. My colleagues in European Studies are preparing a course for all alliance members on European citizenship. I would also like to invite students from 4EU+ universities to some of my own courses. Until now I have taken part in the leadership of the alliance and consultation with the European Commission in preparing for the second round of competition between European university alliances which should be announced in the autumn. And I am looking forward to cooperating with colleagues in my field. 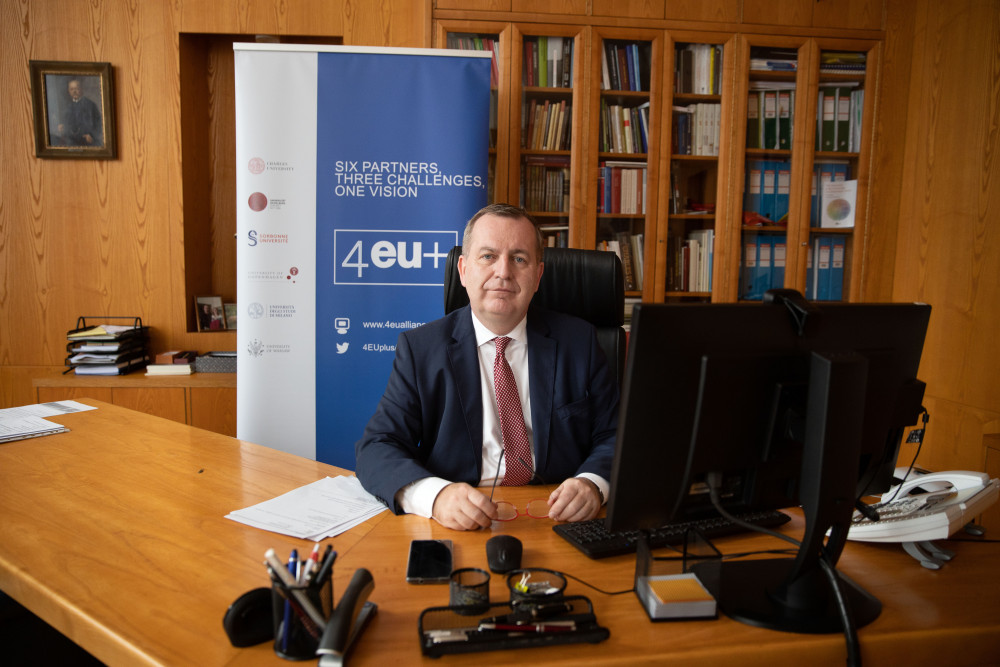 As of April 1, the alliance established a new legal entity. Why?

The new legal status opens the door to new possibilities for the alliance, including entering third-party contractual agreements, signing up for various European projects and getting access to various database subscriptions for all 4EU+ members. There are numerous advantages but it may take a little while before all of them are integrated in practice.

The EC also considered this status when launching the call for the formation of university alliances, but there is currently no legal norm in European law so we based it on German legislation and on our Heidelberg colleagues’ experience, and thus created a legal entity. 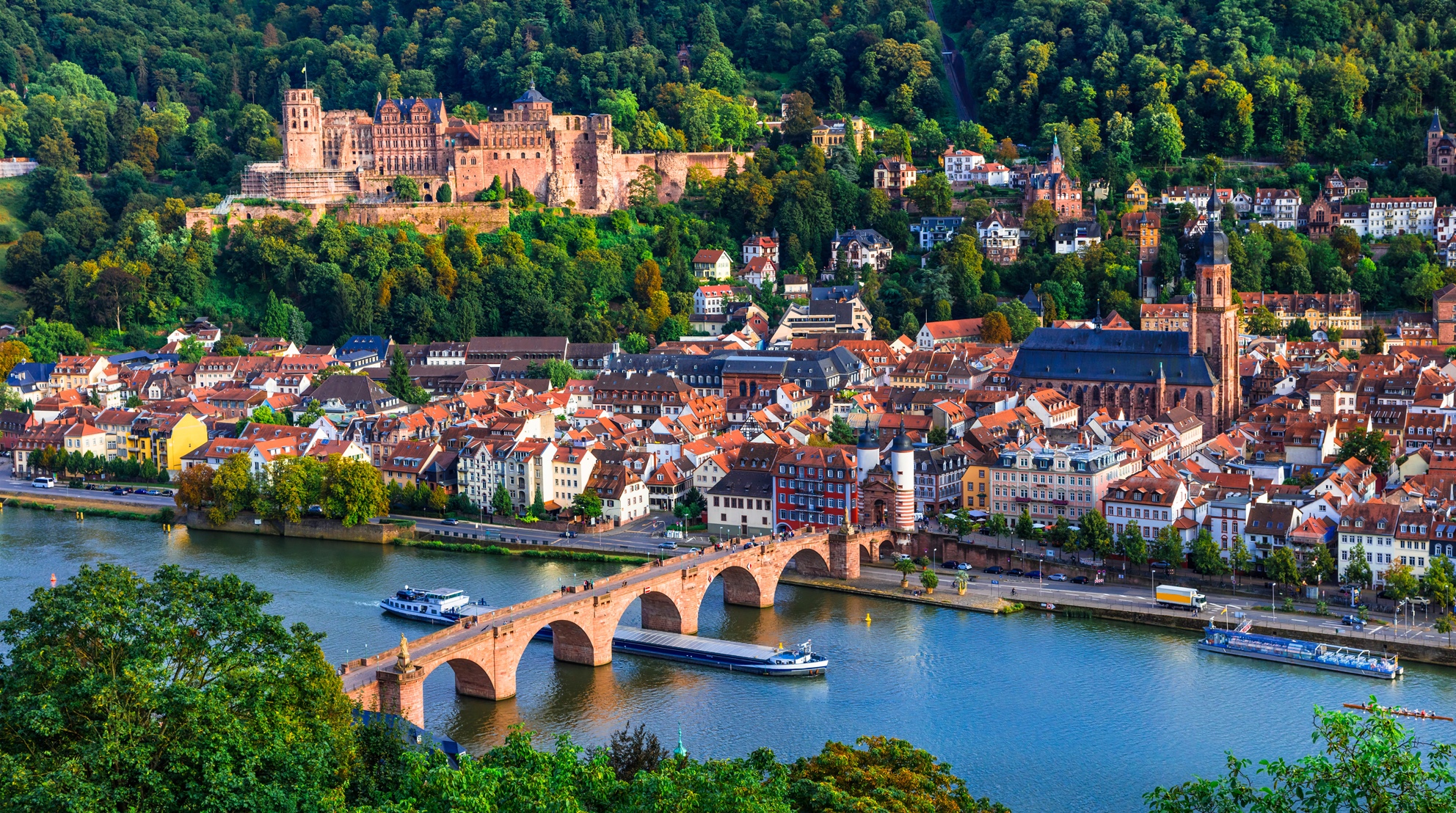 The University of Heidelburg: founded in 1386 it is one of the world's oldest, as well as most distinguished, universities.

What’s next for 4EU+ this year?

There is a lot of going on and it is an incredibly dynamic process, a flurry of activity and communication, on different levels, the executive, and research and education teams, administrators and students. On May 12, this week, the results of the second round of cooperative educational projects will be announced, paving the way for an array of new opportunities for students. On May 19, we are organising a 4EU+ online conference together with representatives of the EC and other alliances where we want to share our experience so far. We are also looking forward to the rectors of the universities meeting in person in Prague in June and in November the rotating leadership of the alliance will be taken up by the University of Heidelberg.