Work groups from six universities within the 4EU+ European university alliance (which includes Charles University) met recently in Copenhagen (Feb. 20 and 21) to move forward with some of the project’s key aims including closer cooperation in the future on education and research. We got a chance to talk to the University of Copenhagen’s Rector Henrik C. Wegener and to ask about some of the goals and challenges. The expert in infectious diseases also discussed the spread of the deadly coronavirus. At the forefront of our conversation, though, is the difference universities make. 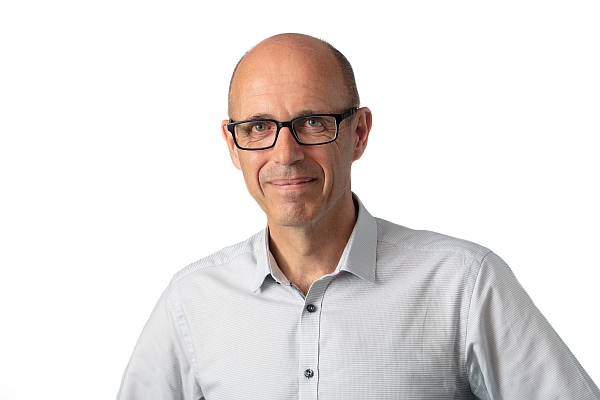 We’ve been hearing about 4EU+ for a while… why was it important to be a member?

European university alliances such as this one are very important because they facilitate greater cooperation between schools. Within Europe, you could say they play an even more important role because of the common political framework. Within the EU, we all understand the research policy dimension that translates into funding for research and so we have a common interest in influencing both policy and in trying to attract funding in areas we focus on. Being in an alliance means access within a network early on: before policies are formulated. It is a chance to be effective when calls for research are put out – ahead of time. Being in a network is crucial if you want to be ahead of the curve.

What I like about the current political climate within the EU, is that the educational dimension is coming more and more to the forefront. We have been working for decades on the European Research Area in which EU universities have strengthened their collaboration in research… but formal collaboration in education has been much weaker, especially in the structuring of educational development. We welcome the promise by Brussels to support greater collaboration on higher education in Europe and as universities in the alliance we want to be among the first and among the most influential when it comes to developing that agenda.

I don’t want to use the word “gamble” but when it came to backing of 4EU+ by the EC, it seems to have paid off…

It did. And the reason it did was because we were well-prepared. Part of the alliance was already active before this call by the European Commission was put out. University of Copenhagen was invited a little later to join and very much welcomed the opportunity.

(Laughs) Exactly! We are the plus, along with the University of Milan.

At what level do most international students do exchanges at the University of Copenhagen?

At the two-year Master’s or higher levels because most courses at the Bachelor’s level are in Danish. I think the situation is the same at many European universities, that bachelor’s courses are offered in the mother tongue. There is certainly a case for educating many more PhDs who don’t necessarily pursue academic careers but go into industries or other professions, and the demand there will, I think, only grow in the future.

Altogether, there are six universities in the alliance; how would you describe the University of Copenhagen?

Where we stand out is that we excel at research. We rank extremely well in many rankings of research excellence, we are very strong in basic curiosity-driven research - among the best in the world. In terms of education, we are a university in a Nordic welfare society, so for Danish students education is free. We have quite a lot of students and try to provide them with the best education possible within the public funding afforded the university. Like the other members of the alliance, we are a comprehensive university and I believe that we still have a case to make why comprehensive universities are essential to solving the big challenges of the future as well as the present.

Is there anything these challenges have in common?

Well if you look at some of the bigger problems that we face from demographic shifts to climate change, they are all extremely complex and therefore multifactorial and multidimensional: I would say that to address complex problems you need multiple scientific approaches – you cannot address them solely from a technological viewpoint or just the social sciences. In short, you have to bring together different scientific perspectives to look for – and find – solutions that can be successfully implemented – for the benefit of society as a whole.

I strongly believe that universities provide the evidence needed to support the development of policies, accepting of course that they don’t form the politics themselves. They provide the info needed for the best decisions to be taken. It is another reason that analysis has to be multidimensional: so we can provide a range of perspectives that can lead to the successful implementation, for example of a new technology.

What are some of the opportunities that 4EU+ will provide in the future? There are multiple aims – not least among them greater cooperation in research among the alliance members as well as with additional institutions and industries. There is also an offer of greater mobility for students – let’s focus on them.

I am experienced enough to not admit that I am old enough to remember what mobility was like in the 80s (laughs), when it was extremely rare and almost non-existent for students to venture out to a different university. Today it is the norm: many students go abroad at least once for at least one semester as part of their studies. Far greater mobility in Europe benefits them in their studies and is an extremely valuable development in higher education within Europe as well as globally.

It is essential and it underlies the European project, contributing to this notion of our common European identity, bringing together diverse member states but also building on something we have in common culturally and historically. I think we may be lacking even a little bit behind with what our students expect in terms of mobility so with this initiative [whether within Erasmus or projects like 4EU+] I hope we will be able to develop even more opportunities and go even further to be mobile and internationally active.

Another important facet is to offer more opportunities digitally: you don’t have to burn CO2 to be international and in this I think this network should be a first-mover and show ways you can offer an internationally valuable and valid education while still offering physical campuses in one general location.

The 4EU+ university alliance has so-called Flagships, which are focussed on central issues: the first is public health. Now, this is a moment when the world is seeing the rapid spread of the novel coronavirus (Covid-19) and threat of a pandemic is dominating headlines and increasingly worrying experts, governments and members of the public. You are an expert in infectious diseases and this kind of breakout is something that many have been warning about for years: it’s a “shifting sands” situation whereby conditions are changing rapidly.

I worked in different areas when it comes to infectious diseases and pandemic preparedness planning and response in WHO and you can have a slowly emerging infectious disease public health crisis such as antibiotic resistance and other endemic re-emerging old diseases such as tuberculosis and many others. But then of course you have epidemics of newly emerging infectious diseases which are fast. New infectious agent emerges and that happens all the time: it’s the nature of infectious diseases. They suddenly emerge seemingly out of nowhere, but in reality, we find that it is nearly always from animals. Then it becomes a question of just how pathogenic and transmissible they are, and to rapidly find means to treat the patients and to prevent and control the spreading of the infection.

In the case of rapidly-spreading diseases, the university’s main role is to educate specialists in the field who form the first lines of defence – in hospitals and in the community, as well as in the public health agencies. Education is one component, but another important role can be to have research teams ready, who can literally jump on it. That kind of research in terms of speed is different from the way it is usually done at universities, so these have to be individuals who like to work fast, are internationally well connected and who can excel in such situations.

Universities also have a major role to play in the evaluation of pandemics that have passed, researching the whole event, extracting as much learning as possible from it, and feeding that back into the public health system and in the case of coronaviruses also the veterinary public health system so that steps can be taken to prevent or prepare for the next time.

So universities can play a big role but of course there are many and we are not at the center of the “action” in a pandemic. The European Center for Disease Control ECDC, cannot in a crisis connect effectively with hundreds of independent universities. They work through national contact points (which are usually national public health agencies) and on occasion governmental research institutes. What is special about Denmark is that most government research institutes were merged into universities in 2007. 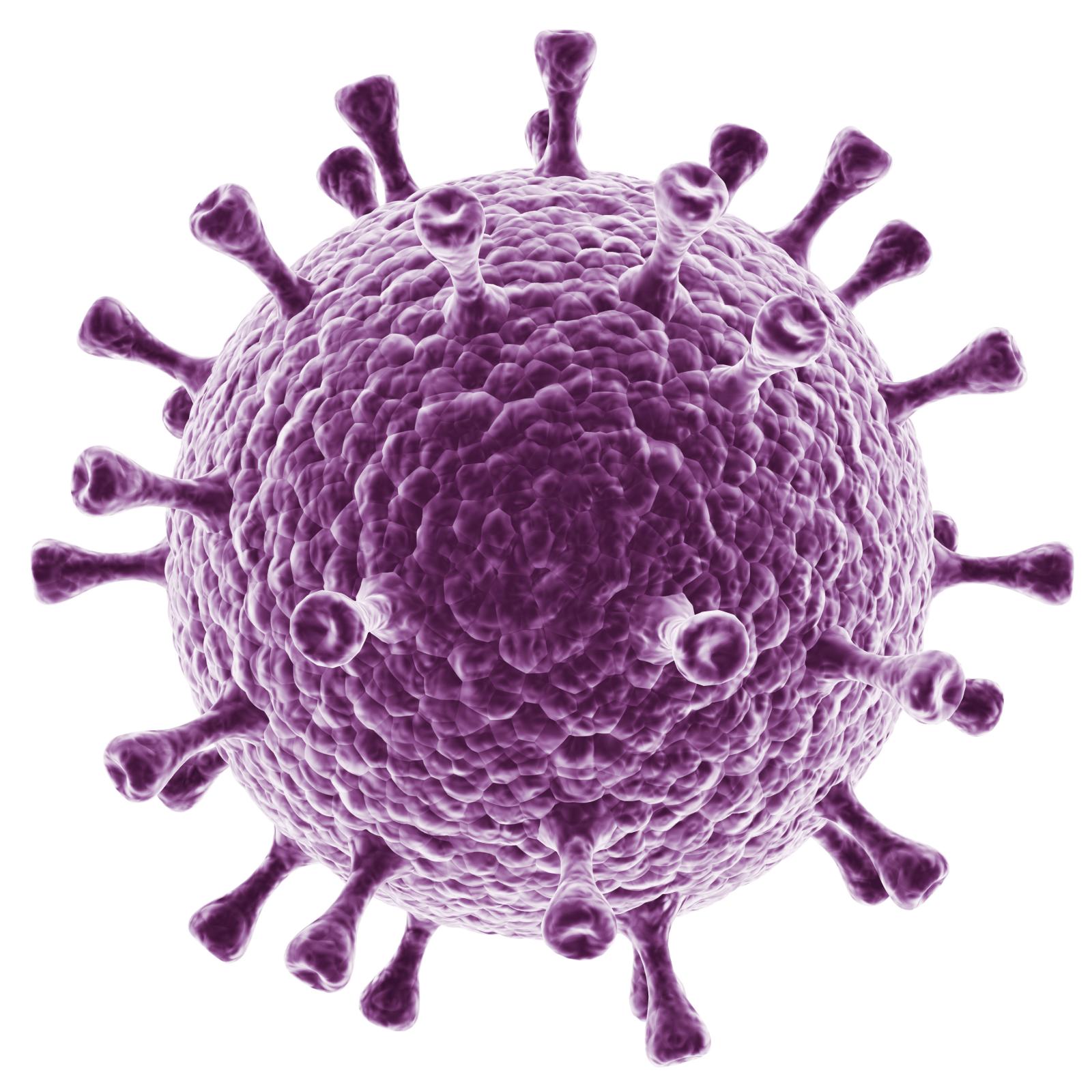 This new coronavirus emerged in China [but spread soon to major hotspots in South Korea, Italy and Iran, as well as now the US and many other countries. How do you view the situation which led to the jump to humans and the spread of the virus since?

First, for better or worse, there are reasons why something like this would emerge in China, relating to how humans and animals interact and their proximity in so-called wet markets. Whenever humans come into contact with animals that they have not been on close contact with before, there is a risk that an infectious agent will jump to humans. Although it may have been residing peacefully in the animal, it represents an infection or pathogen in humans. If you cut down parts of rainforest and begin farming there and domesticated animals come into close proximity with wildlife they never came into close contact with before, that is the result. We always create the opportunity that something new will come along. And something always does and that won’t change.

Therefore, having an awareness of where these hotspots are, where they could emerge and prepare for what may come, is important. And universities have an important role to play.

With the coronavirus there is a lot which we still don’t know and it may be uncontainable – it may be that for most who catch it, it will have symptoms similar to a bad flu. But of course we have seen there are fatalities. Underlying factors such as age or a weakened immune system can play a role.

Cases where an epidemic is successfully contained and controlled is often followed by criticism – that it was an overreaction, that the disease wasn’t as dangerous as we thought – and so on. That was partly the case with some illnesses in the past: Swine flu, MERS, SARS, and others. SARS for example burned out even before the vaccine was ready.