The second part of the Anatomical Atlas out now!

On Wednesday, January 10, Atlas anatomie člověka II (Atlas of Human Anatomy, part II) was launched in the Academic Club of the First Faculty of Medicine, in Faust House. Three years after the publication of the first part, the original Czech publication is finally complete.

While the first part of the atlas features the anatomy of limbs and the outer part of the torso, the second part focuses on the structure of head and neck, organs in the thoracic, abdominal and pelvic area, the central nervous system and sense organs. The complete atlas, with 1,300 illustrations and photographs, uses international nomenclature to describe the human anatomy; every illustration is explained in Latin, Czech and English. Also included is the glossary of frequently used Latin and anatomical terms, and their Czech and English translations. The Atlas of Human Anatomy was written by Miloš Grim and Ondřej Naňka of the Institute of Anatomy at the First Faculty of Medicine, Charles University, and illustrated by Ivan Helekal.

Tomáš Zima, Rector of Charles University, shared a personal memory at the launch – Professor Miloš Grim, a mere assistant professor at the time, was the first teacher Mr. Zima met as a student of medicine. “I believe that this very modern atlas of human anatomy will be a great help for medical doctors, anatomy teachers, students and everybody who wants to know the human body in detail. And it will help raise the bar in the knowledge of anatomy. Let me congratulate the authors,” said Rector Zima.

Aleksi Šedo, Dean of the First Faculty of Medicine, compared the new anatomical atlas to the stable partner who looks the part and provides information with continuous importance for biomedicine. He also declared his respect and gratitude to the authors from the Institute of Anatomy at the First Faculty of Medicine: “I found great added value in the way our flagship, the morphological site, is linked to the research and clinical facilities throughout the faculty. Therefore, I’m not hiding my respect and my joy, and I hope you will share it with me.” In the end of his speech, Dean Šedo followed up on the rector’s words, smiling and stating that “for many successful students, Professor Grim was also the last anatomy teacher they saw at the faculty, which is certainly a proof of the high level of anatomy classes.”

During the launch, Miloš Grim didn’t even try to conceal his satisfaction that the work was finally and successfully finished. In addition to the words of thanks, he said: “Our possibilities were based on two facts. First, the Institute of Anatomy keeps a great collection of items; second, we have got an immense number of drawings by various artists.” He added that several pictures were successfully digitized and modified using Ivan Helekal’s knowledge, but for the most part, new pictures had to be made.

According to Ondřej Naňka, the hardest part was to curb the desire to put everything and anything into the atlas; the authors had to seek the best possible balance of information in the book. The main point wasn’t to make a traditional illustrated atlas but to use modern display technology as well. “That’s why we had twenty contributors from fifteen clinical workplaces, who provided about two hundred pictures accompanying anatomical illustrations,” said Assistant Professor Naňka and added: “We had to learn how to classify and describe them.” Over more than 400 pages, the atlas includes, for example, X-ray, MRI or CT pictures.

The academic painter Ivan Helekal admits that he didn’t find any closer relationship to any of the organ during the three years of work on the atlas: “Rather the opposite – sometimes I believed something will be very easy to draw, and then I was disappointed and lost my patience. And yet I believe there’s some creativity in my pictures, which makes them stand out among other available anatomical illustrations.”

The new Atlas of Human Anatomy, parts I and II, was published after the unbelievable period of 117 years since the publication of the previous Czech anatomical atlas. So far, Czech medicine students had to rely on the translations of foreign textbooks. Both books were published by Grada, the price of either is about Czk 850. 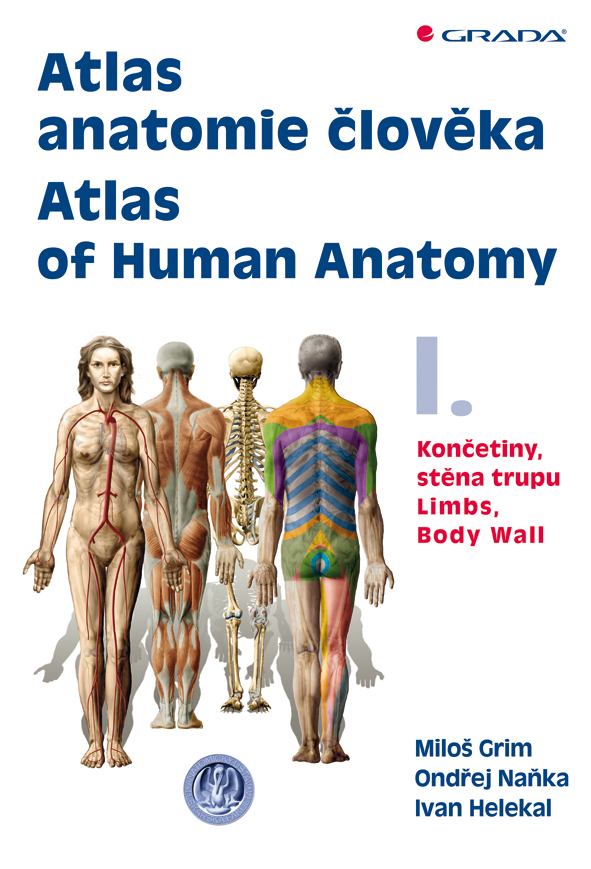 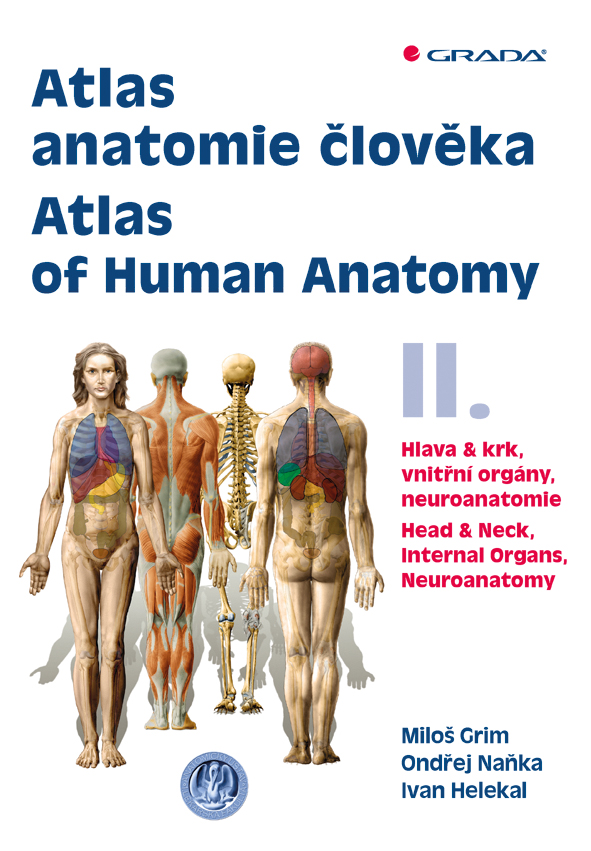