Primus Day an opportunity to learn about top projects

for budding scientists to learn more about successfully-funded projects

Astrophysicist Ondřej Pejcha completed his doctorate at Ohio State University in 2013 but for the scientist that was just the beginning. Pejcha became a postdoc at Princeton, one of the most prestigious of universities in the United States, and clinched a stipend from NASA. His area of study? The interaction of binary stars. 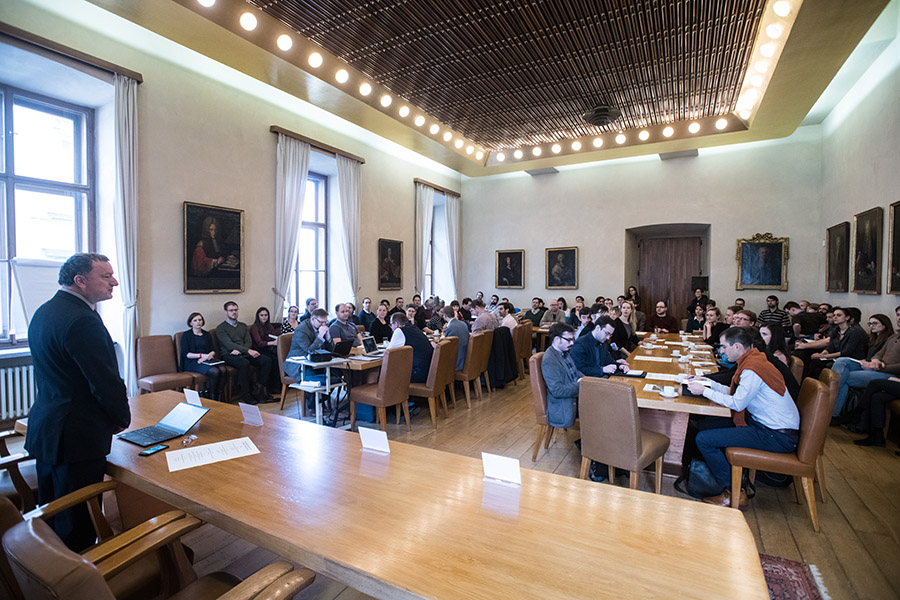 When the top researcher learned about the possibility of founding his own research team through Charles University’s Primus Research Programme, he leapt at the opportunity. As of January 2017, he and 23 other promising scientists became the first wave of researchers to receive millions of Czech crowns in funding.

To no small degree, Primus is a first step (or stepping stone) to prestigious grants awarded by the European Research Council. Pejcha applied – and received an ERC Starting grant for his project named Cat-In-hAT (that’s right, named after the famous children’s book by Dr. Seuss, in this case standing for Catastrophic Interactions of Binary Stars and the Associated Transients). 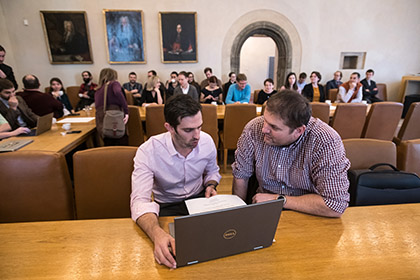 Other former Primus recipients from CU who went on to successfully apply for ERC funding include biologist Matyáš Fendrych, botanist Filip Kolář, and Jiří Klimeš of the Quantum Physics Department at the Faculty of Mathematics and Physics in Prague.

Both Ondřej Pejcha and Jiří Klimeš will give presentations at the Patriotic Hall at Charles University’s Carolinum on January 15, 2020, outlining their research and experience in successfully applying for funds.

CU Rector Tomáš Zima will launch Primus Day, while the Vice-Rector for Research Jan Konvalinka will outline the programme of the event; the vice-rector has long been a supporter and has described Primus as “truly exceptional”. 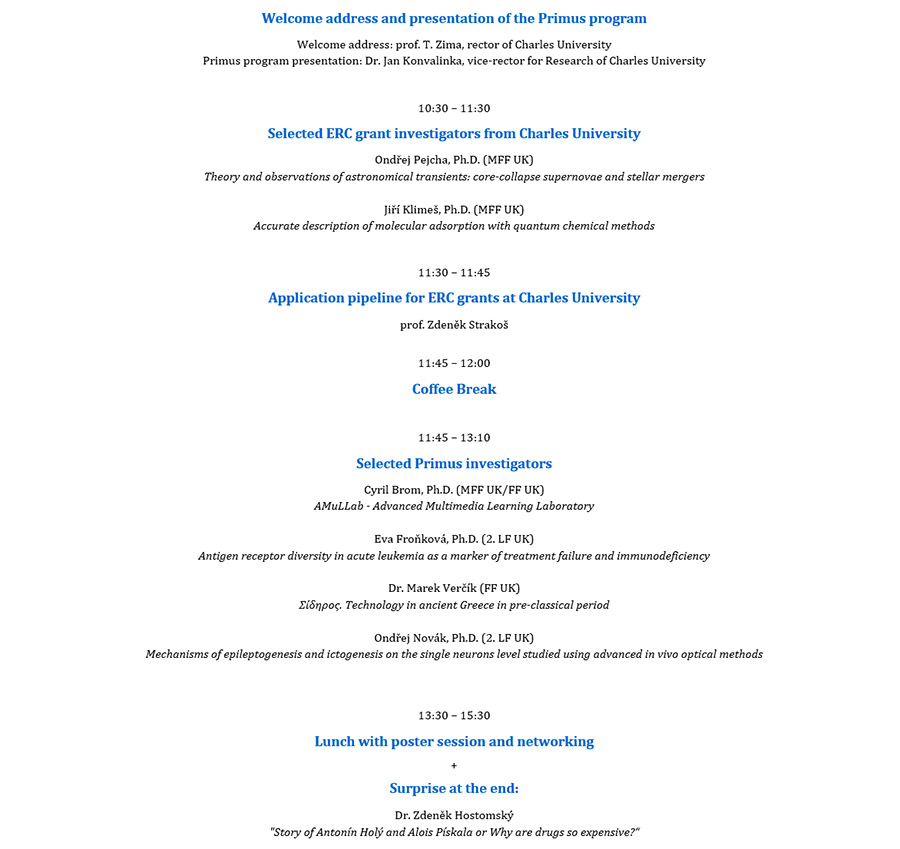 Charles University provides tens of millions of Czech crowns in funding for the Primus Programme annually. Over the last four years, some 90 CU scientists received Primus funding; last year saw 22 promising group-leaders chosen. The faculties with the most recipients in 2019 were the Faculty of Mathematics and Physics (6), the Faculty of Science (5), and the First Faculty of Science (4).

The 5th year of the Primus Programme kicks off on March 1. You can find information about the upcoming deadlines here