Donate or borrow at the Library of Things

If you’re planning your first camping weekend in years but your tent isn’t as waterproof as it once was or - by contrast – you have a food processor doing virtually no slicing and dicing but just gathering dust at home, try saving both time and money by visiting Kampus Hybernská. Donate what you no longer need and borrow an item you do, at the Kampus’ very own Library of Things.

By now, you’re probably familiar with the concept: to borrow rather than buy within a shared economy, generating less waste and avoiding needless spending. The Library of Things at Kampus Hybernska, located in the city centre not far from Charles University’s Carolinum, was founded by five friends two years ago.

At first, the library boasted only a few dozen objects that were deemed no longer needed from home; since then, the number of items visitors can borrow has expanded significantly.

“Our goal is not to hoard hundreds of things for no reason but to offer quality items which people really want to borrow because they are needed or prove useful,” says co-founder Petr Žabka. Potentially the most attractive are tools or items only needed once in a blue moon which it seems like a waste to buy - Žabka cites the example of a rotary file: expensive and simply not needed very often except when… it is.

The Library of Things is open to the public two days a week and on average over the two days some ten items are loaned and ten returned. Interested parties can reserve items online at libraryofthings.cz and pick them up later for a fee based on the item’s value and wear-and-tear. People borrow items usually for one week at a time but can arrange to borrow them longer if needed. Fees go towards keeping the library at Kampus Hybernská up and running. 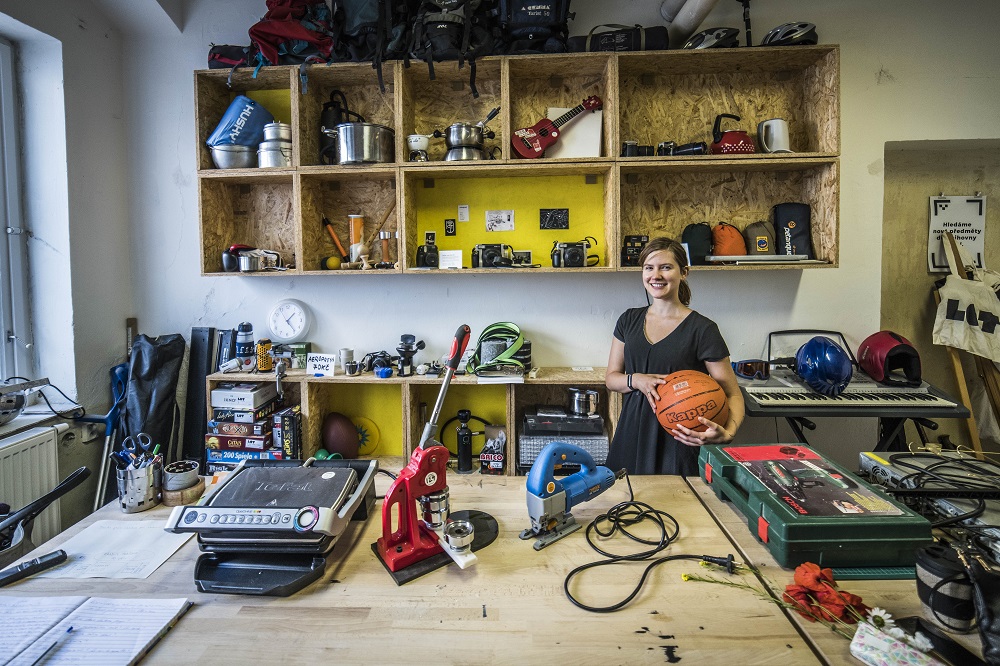 Rebeka van Overloop, a slightly newer member of the team, explains that the greatest demand for things is common before the start of the summer, when all kinds of events are being held, repairs might be needed, or people need something for their vacation. That usually means camping or sports items, things like backpacks, or other gear. By contrast, during the year tools are the most common items of choice, together with photographic equipment, home items and even musical instruments. The most sought-after item during the year, however, is a home projector.

As for donated items?

Rebeka van Overloop explains that it took a while for some people to realise the Library of Things wasn’t a place just to unload old junk (it was “no thanks” to a used bird cage, for example, or boxes of old magazines) but most have since gotten the concept. At the same time, she admits, you never know what might prove useful. She admits as an unpaid volunteer to having borrowed a home bakery appliance a little more long-term and has since almost stopped buying bread. They have three at the Library of Things but she is of course ready to bring back hers as well if needed. 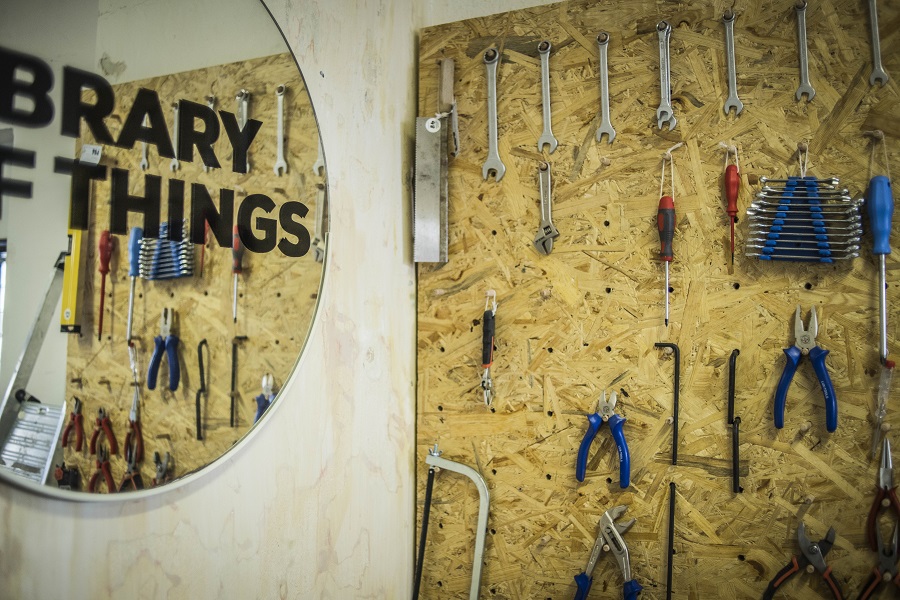 The Library of Things at Kampus Hybernská also serves more than one purpose: the site is also the home of workshops on recycling and ecological topics as well as courses of all kinds such as how to makes one’s own home compost. There’s a lot to learn and a lot to discover, if you are ready for it. Donate an item, share another, or learn something useful rather than simply throwing money at problems as they arise.