What having a genius IQ means for CU student Radek Pileček

He is a student at the Faculty of Science’s Department of Geography and is extremely intelligent. As in off the charts: an IQ of 160+. Radek Pileček. A young man known for having cast doubt on elections results and who came in second in the ‘Smartest Czech’ competition. 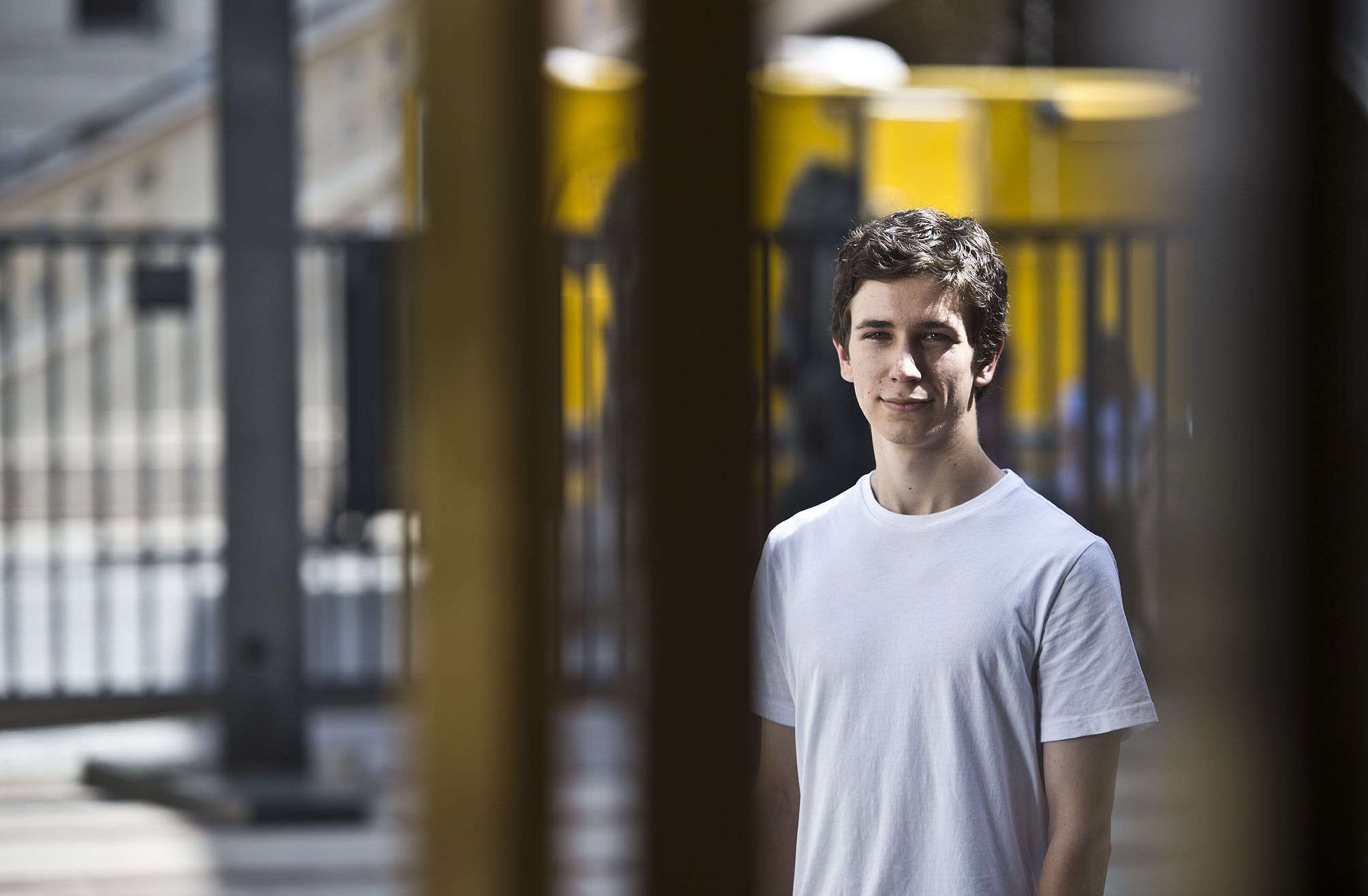 When we met for our interview, Radek had a series of end of semester exams behind him and was looking forward to five weeks off, walks in the woods, work in a summer camp together with his girlfriend and maybe some time off in the Mediterranean. First tested by Mensa CR at the age of 15, Radek is not only brilliant but also funny. Someone who measures his words thoughtfully and is quick to smile.

What is it like to have such a high IQ?

It’s fine. I don’t think I have any problems fitting in. I understand people and I don’t think my IQ sets me apart from anyone. Of course, I spend a lot of time at the university. The IQ… well sometimes I wonder when I see the election results. I question how people can vote for some of the choices out there and it makes me think I really do live in a social bubble. At the same time, I wouldn’t want to live in any other country. I was a member of our local commission counting votes so I saw up close that the results were legitimate and that the majority of Czech voters opted for what we have now. And whoever is unhappy with the results can take part in protests.” 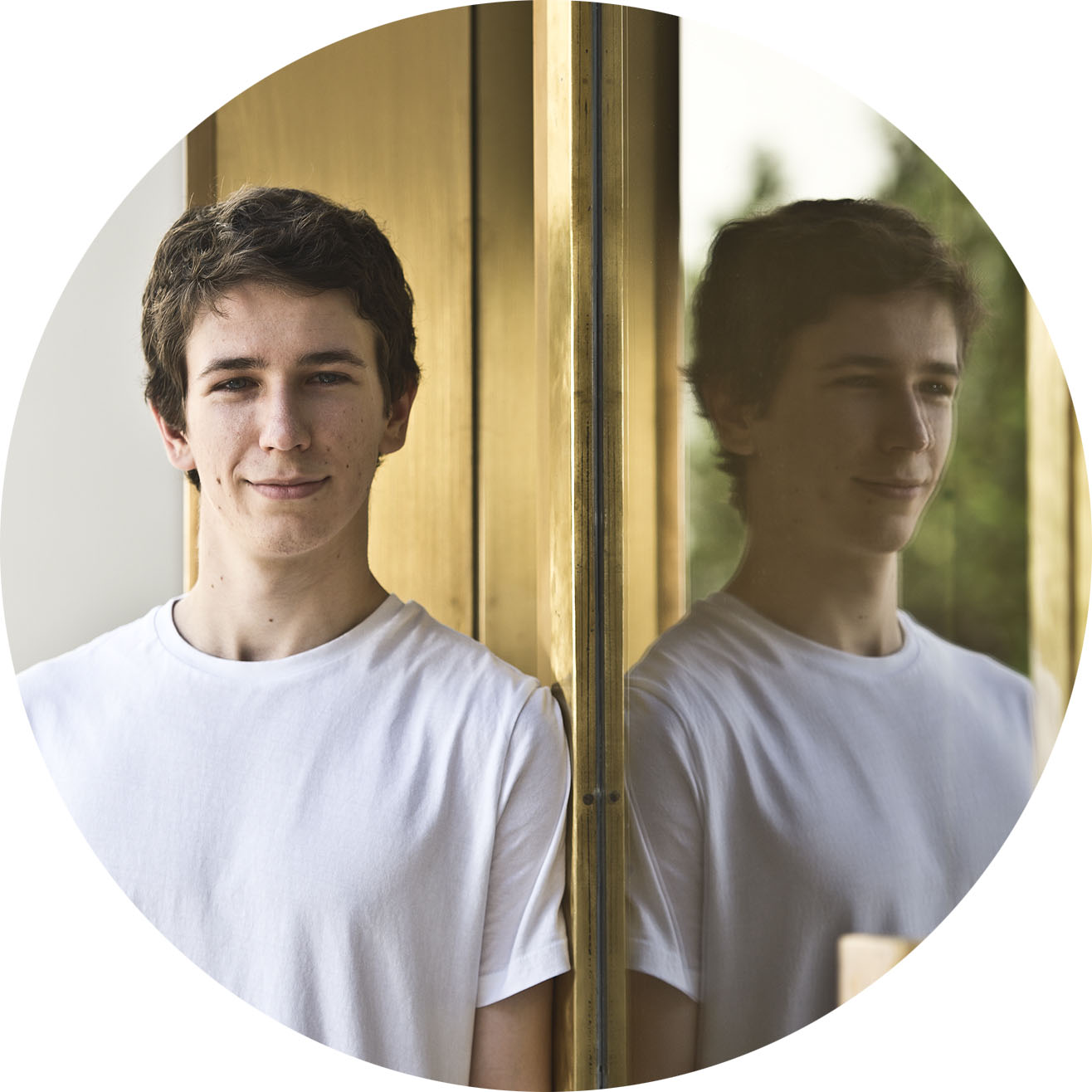 “I didn’t really have a chance to see a lot of the pre-election debates and I have to admit I was more interested in the Ice Hockey World Championship. Of course I analysed many of the polls. I am a member of the voting commission at home in Bernartice and I enjoy doing that a lot. I enjoy in talking to fellow commission members as well as voters after. Voter turnout for EU Parliament is of course not great so during the two days I also had an opportunity to study.”

What did you think of the results?

“I was surprised that the two main factions in parliament lost so many voters – I didn’t expect such a big shift. What was expected was further gains by populist parties and movements. At the same, time, the liberal democratic alliance did positively. I saw the Czech results as positive overall and I think there is potential in the future for a different ruling coalition. I would be happy if that happened and I believe that change is possible.

“But a lot of voters unfortunately go for quick fixes and immediate benefits: the minimum wage rise or pension increases but are less interested in the state’s overall economic prosperity which of course has an impact on one’s life and standard of living. They want to be a tiny bit better off right away rather than a lot of better off, for example, in 15 years.”

Have you ever thought you might get into politics yourself? Is there any party you might consider representing?

“I can’t rule it out completely. But I would want to enter politics from the ground up. Getting elected in municipal elections and then in regional ones. After that, I’d see. But because of my studies I don’t have time for politics now and of course I spend most of my time in Prague.

“I would also be interested in teaching Election Geography at our faculty – it is a fascinating scientific field which is missing. I would like to pass on theoretical and methodological know-how as well as to work with students to analyse actual voting results in the Czech Republic from a geographical perspective.” 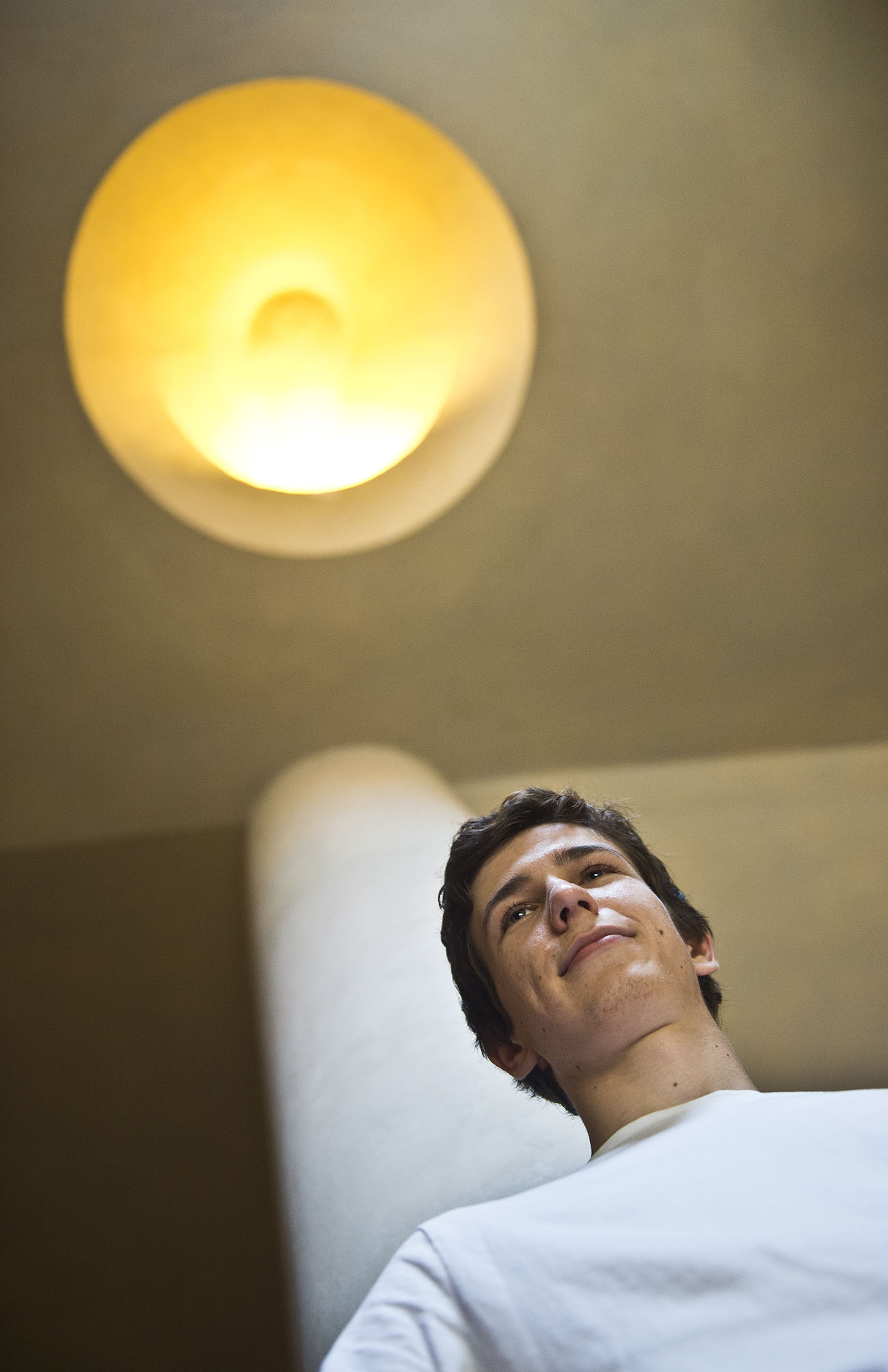 Is having a high IQ ever a negative?

“I wouldn’t say so but it’s true that a lot of people think that if you have a high IQ you are either all thumbs or have miserable social skills. Maybe there is a certain connection. But there definitely isn’t any connection proving that people with high IQs are incapable of having a normal life. Ok, sure, my handyman skills are a catastrophe, I certainly don’t have perfect pitch, and I am not a very good cook. But if I really want to learn how to do something, I can. That’s true even of cooking: when my girlfriend was studying for her exams, I took care of her and cooked, too.”

What was the most recent meal you cooked?

“Spaghetti Bolognese. Well ok, it was a premade sauce so I only warmed it up and forgot to add salt, but otherwise she liked it well enough. I can improve. But it’s true that nobody at home ever asked me to do much with my hands and I guess my strengths lie elsewhere.”

Do you discuss your ideas with your girlfriend?

“Yes, quite a bit. I have to admit she can be quite critical at times and we haven’t even known each other a year! Sometimes, she helps me to clarify ideas so they come across better. I am happy I am able to share ideas, thoughts, and to consult studies together, plus we are both studying similar fields, so that helps also.”

Is it possible to improve one’s IQ?

“You can train your brain so yes IQ is something that can be improved. But it’s not true that someone with an average IQ could suddenly become a genius. And anyone spending every evening in the pub drinking knows the opposite is true. They are burning brain cells.”

What got you interested in geography? As a boy did you have maps on your bedsheets?

“No. But I did love maps: whenever I was sick and cared for by my grandma we drew maps all day as well as the flags of different countries. I think she must have suffered a bit: I was always testing her knowledge of capital cities, or of Czech rivers from longest to shortest. So yes, my obsession goes back to my childhood and was apparent early on. It also helped that my mum worked at the Cadastral Office.” 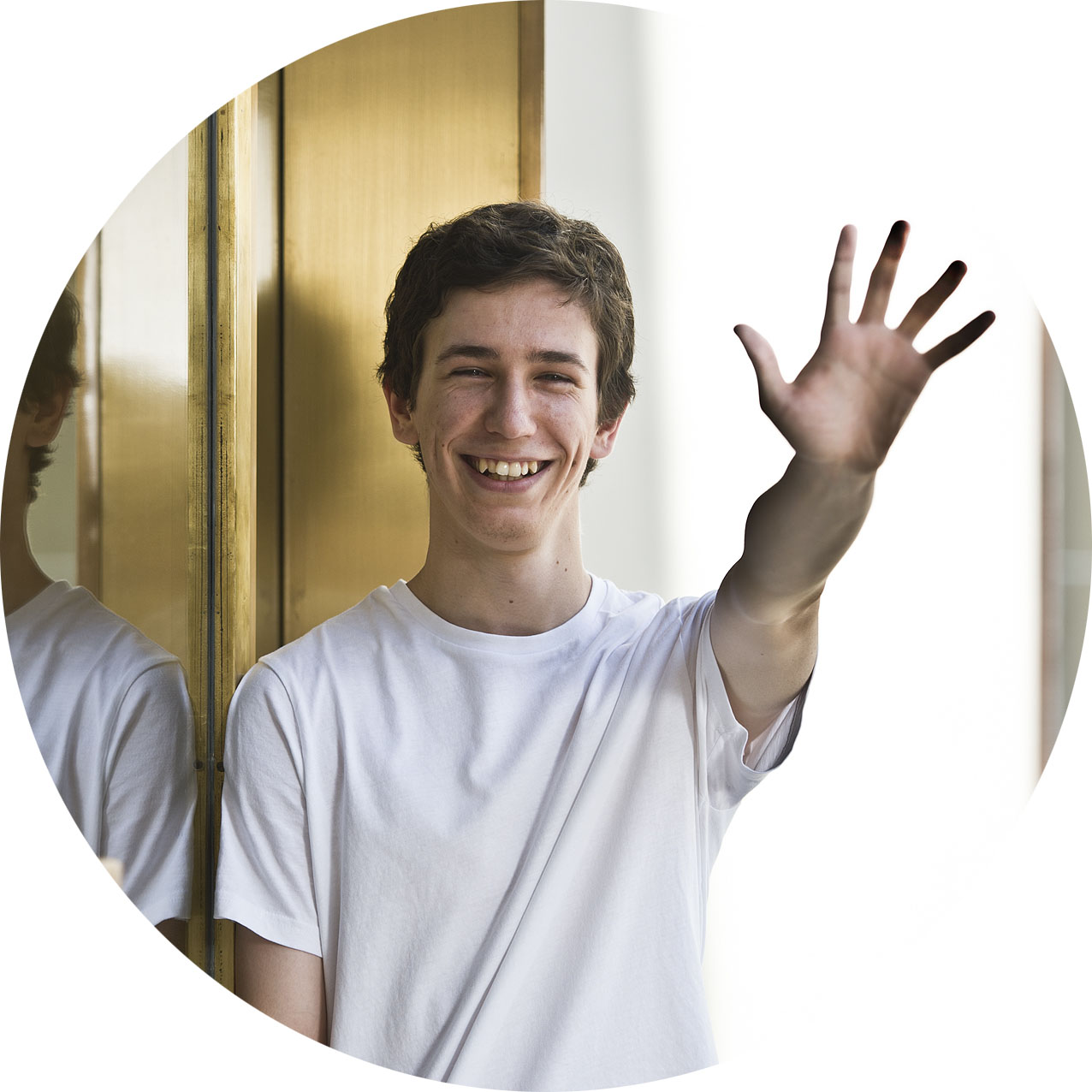 She took her work home with her?

“No, but sometimes I would wait in her office and the walls were covered in maps. They were everywhere. I drew my first map at the age of seven, for my father who was heading to Turkey to work there for half a year. The map was of all of the states he would be travelling through and I admit geography was my passion and I found meaning in my studies.”

Are there any new trends in your field that you find exciting?

“Something known as the neighbourhood effect – the impact your neighbour has on how people vote – has been very interesting. Your neighbour can influence your decision of who you vote for far more than party ideology and fewer and fewer people are reading party pledges or manifestos.

“It is becoming apparent that candidates get more support in their district and neighbourhood which then transfers to the overall movement or party. What I study is how much this is a factor in party preference across different municipalities in the Czech Republic and I look at which candidates are best able to mobilize their voting neighbours, so to speak.

“I think that the information compiled can be useful for political parties, basically I am already doing that for some of them now. They can use such information to optimise, for example, their candidate list and so on. Because as it stands, the order is sometimes illogical now and they fail to capitalize on the neighbourhood phenomenon and therefore lose potential votes.”

How do you explain that in the EU elections in May, some got mandates despite having poor or outright bad reputations?

“The neighbourhood effect can also be negative or an inverse: neighbours who know the candidate may say that they will not vote for him or her precisely because they know them and because of who they are. Then there are people who vote for someone only because they know them slightly and give them their vote. People also have very short memories.”

What do you do when you want to relax? Do you do sports?

“The last two years I have really gotten into golf. I have a handicap of 37 but I only started taking part in tournament last year so I hope it will improve. My home club is a golf club in Písek. My dad and I play golf a lot in Bechyně. I don’t have a driver’s licence but I am planning on doing the test in the autumn and golf is the reason.

“Besides golf, I like walks in nature and visiting interesting natural areas. The last few months we have gone on a lot of walks with my girlfriend and it has been great.” 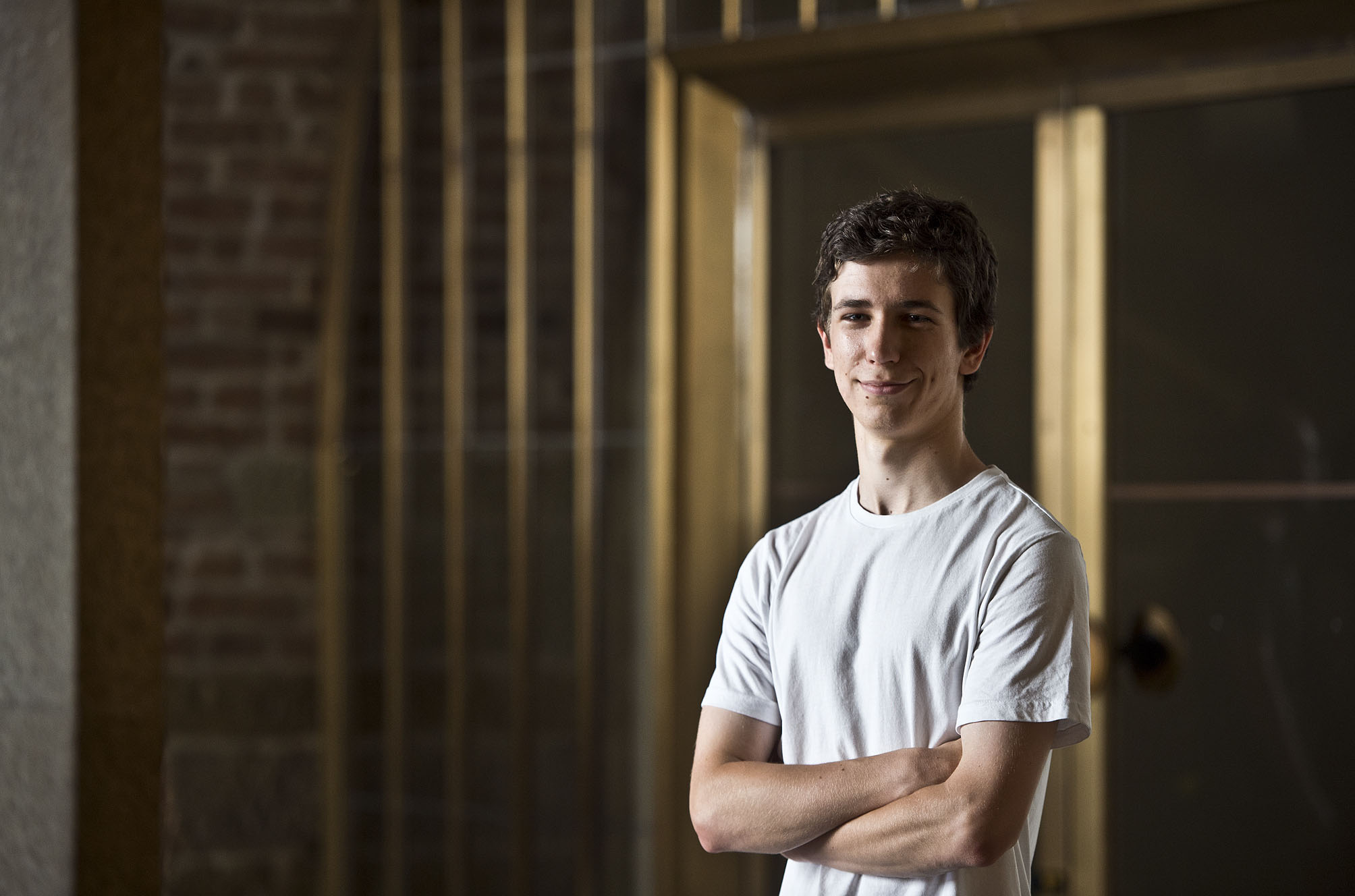